Those of us who form the core staff at NCS have recently been reconsidering lots of the things we do here and how we do them. To be more precise, much of the discussion has involved what I do here and how I do them. A lot of the discussion boils down to being more selective in what we publish, and more willing to publish fewer posts every day if that’s necessary to make greater scrutiny possible.

One likely outcome of those discussions is that I will accept fewer premieres. For a while now I’ve been writing two or more premieres every day. I only agree to premiere music that I like and that I think fits the musical focus of the site, but that still leads to lots of premieres. I admit that I have a hard time saying no. One consequence of so many premieres is that I have much less time to write about music that I find on my own, including round-ups of new music and stand-alone reviews of records that we’re not premiering.

Because I’ve put myself in the position of not being able to write round-ups as often as I’d like, the backlogs grow to gargantuan proportions. I resort to gigantic Overflowing Streams collections in an effort to work through the backlogs, but even that format (in which I cut back on my own verbiage) takes time to put together, and so I wind up not even publishing those kinds of collections more than once a week (if I can even manage that).

This process of discussion and self-reflection has led me to realize another problem I’ve created for myself.

When I have such a great volume of music that I’d like to write about and not enough time in which to do it, I realize that I become paralyzed. I can’t write about everything I want to write about, and I’m daunted by the challenge of picking just a few things to focus on. I can’t figure out how to make such painful choices, and so I just kick the can down the road and hope to find a block of time when I can write about more rather than less. Of course, that doesn’t solve the problem at all. It just makes it worse, because in the meantime the backlog has continued to grow.

Cutting back on the number of premieres and trying to be more selective in the other posts we publish will help me deal with that problem, but I’ve also realized that I’ve got to break through that self-paralysis. I need to train myself not to overthink things and to accept that I’m never going to be able to feature all the music I’d like to recommend from the searching that I’ve done. It’s better to recommend a very few things, and to do that more often, than to let a week go by and fail to recommend anything at all other than the premieres I’ve agreed to do.

This strategy doesn’t mean that I’ll be picking the best of the best. Trying to do that kind of winnowing would again induce self-paralysis. It’s just too damned hard for me to take 20 or 30 new songs I like and then rank them and winnow them down to just two or three. You could probably do that, but I can’t. Hell, I can’t even make a year-end list of best albums. That would take forever, if it were even possible. And I certainly don’t have the time to attempt something like that a couple times a week. I just have to accept that the choices I make will truly be random — just like the category tag for these round-ups says.

To be clear, I’m still going to post Overflowing Streams collections when I can, or even longer versions of these Seen and Heard posts when time permits. But I’m going to try my best not to wait for the time when I can do those, and instead do more of what I’ve done in this post — except without 8 paragraphs of introductory text.

One final note; If you were to go back to the earliest years of this site, when I was doing it largely by myself, you would see more posts like this one, when I wrote about a single song or two, and did that almost every day. That was a time when NCS felt more like a lark and less like an increasingly burdensome responsibility. And honestly, it was more fun, at least for me.

The first song I’ve chosen for today, which was released on Sunday, is “Ja Viimein On Yö” by the tremendously good Finnish band Havukruunu. It’s off their new album Uinuos Syömein Sota (Languish, thy war of my heart), which will be released by Naturmacht Productions on August 14th.

The song is a breathtaking mythic spectacle of brazen fury and blazing glory. Imagine witnessing a stampede of wild stallions — as viewed from the vantage point of being strapped to the belly of a racing horse. Everything about the song is electrifying, from the unchained drumming to the whirling, darting, and soaring riffs, the crazed ferocity of the vocals, and the absolutely glorious guitar solo. There’s an ancient resonance to the melody — which becomes even more pronounced when the band take a digression into a brief acoustic guitar instrumental. This is the kind of song that’s capable of breathing new life into the dead.

PRE-ORDER:
(will be announced on July 17th, along with a full stream of the album) 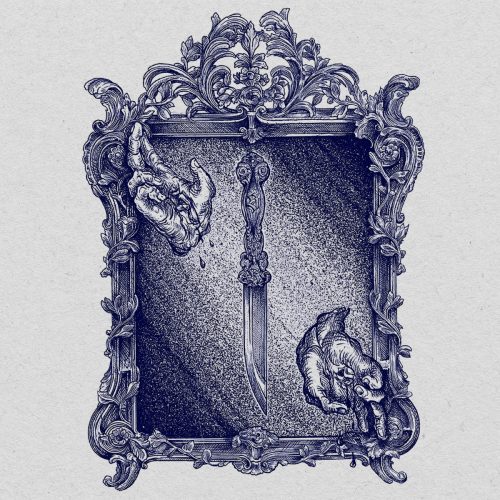 I received multiple messages from various sources about this next song, “Conjuring Traces“. The band is a Belgian/Dutch/French black metal quartet named Silver Knife, whose members come from the ranks of such groups as Cult of Erinyes, Hypothermia, Laster, and Nusquama. The track is off their debut album Unyielding / Unseeing, which will be released by Amor Fati Productions and Entropic Recordings on August 18th (the mastering was done by Mare Cognitum’s Jake Buczarski).

I thought the song would make a fine follow-on to Havukruunu’s track. It too is an extravagant experience. It’s fast and furious, rocketing forward on an engine of hammering and neck-popping drums and a bass that gets its own chance to shine. Speaking of shining, the surround-sound riffing and keyboard work has a brilliantly gleaming sheen that creates a sense of awe-inspiring wonder as it envelops the senses. The wraith-like vocals, distant reverberating screams that don’t sound human,  add a different kind of intensity to the experience.

The song does also digress from the sky-on-fire grandeur with a softer and more introspective and haunting instrumental that’s quite mesmerizing. And then we’re swept again high into the skies, our hearts in our throats and eyes wide. The melodic refrain is transfixing, and so is the feeling that we’ve encountered something much greater than ourselves. 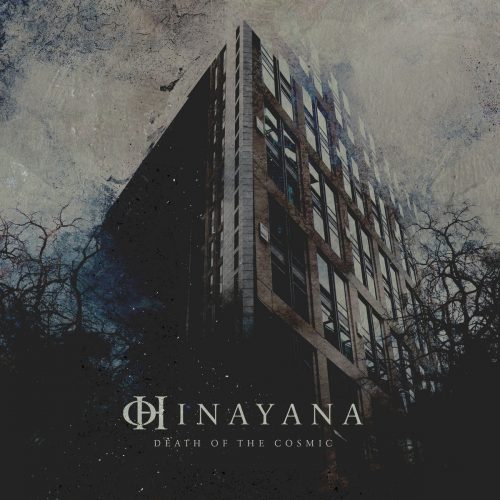 I’ve been following and writing about this band from my original hometown of Austin, Texas for the last five years, beginning with their first demo Endless (released in August 2014), back when the band was the solo project of Casey Hurd. They’ve come a long way since then, to the point that their new EP Death Of The Cosmic will be released by none other than Napalm Records. That EP includes cover art by Travis Smith and it will be out on August 28th.

The first advance track, which arrived into the world yesterday via a music video, is “Cold Conception”, and it features the late Nature Ganganbaigal of Tengger Cavalry performing the horsehead fiddle known as Morin Khuur. The feeling of wonder and glory that were signal features of the first two songs in today’s collection also plays a role in the melodic swells and fire-bright soloing that elevate this song.

But the track is also a jolting, hard-hitting affair, and instead of screams we have Johan Hegg-like growls. And, this being Hinayana, the song also brings into play the melancholy of doom, channeling heart-ache and despair as well as grandeur. (It’s also a recipe for sore-neck syndrome.)