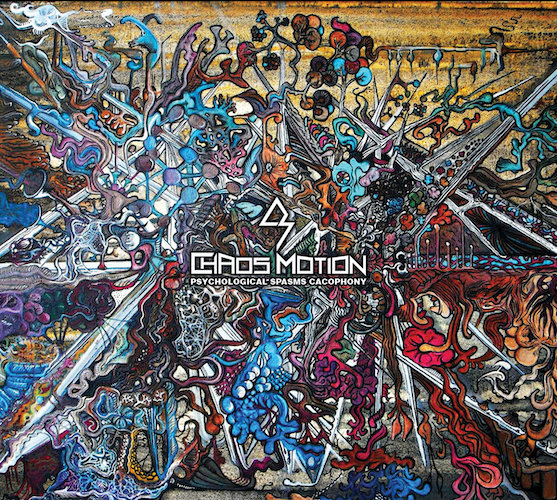 Chaos Motion drew an extravagant amount of attention to themselves last fall when they released their debut album Psychological Spasms Cacophony through Transcending Obscurity Records. Listening to the music was something akin to hearing a flock of starlings suddenly begin speaking in human languages, or witnessing a pack of wolves break out into improvisational dance, or perhaps seeing a falling star detour into tracing hieroglyphic letters across a night sky during its blazing descent through the atmosphere. A weird and wondrous experience it was — the words “mind fuck!” readily come to mind.

But despite all the attention, perhaps you missed the album? Well, that’s one reason bands create music videos months after a record’s release, to vacuum up a few more music fans who might not have been sucked into the music during the weeks surrounding its release or at year-end-list time. And a Chaos Motion music video is exactly what we have for you today — a video that’s especially riveting because it allows us to see with our own how the band’s two guitarists make such a cornucopia of bewildering yet strangely enthralling sounds. 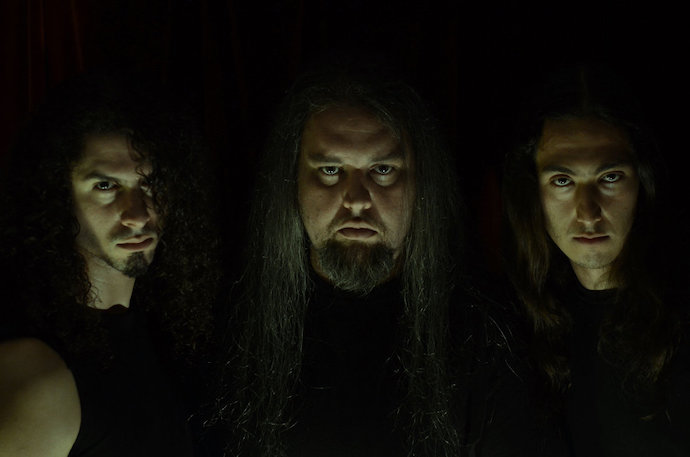 The song featured in this play-through video is “Perturbation of A Spin“. The performers are guitarist/vocalist Guillermo Gonzalez and guitarist Alexis Tedde. They have a lot of strings on their instruments. They seem to use all of them, as well as many frets, plus unorthodox finger-work at places well below the neck. They cause them to make a wide array of tones, which appear and disappear in bewildering fashion.

This particular song is eerie and macabre, explosive and chaotic, groaning and grim, exultant and alien. It combines insectile string frenzies, clanging dissonance, blaring anti-melody, scintillating swirls, bursts of darting and squealing madness, bizarre warbling sensations, and more. There’s more going on in the song than just what these two wizards are doing — the drumming of Juan Pablo Munoz is also brilliantly inventive, and the rhythmic interplay is another reason why the song is such a riveting piece. And the guttural growls are monstrous.

It’s a song of surprises, and one of the surprises is that despite how intricate and unexpected the song’s perturbations are, despite how improvisational it sometimes seems, it actually becomes addictive. At least the second time through, you pick up little things that have gotten stuck in your head even though you might not have noticed the first time around, though it’s just as likely that you’ll notice some new things you missed. And that’s all true of the album as a whole.

So, please enjoy the video, and if you haven’t yet checked out the whole album, we’ve included a stream of that as well. (The record was mastered by Colin Marston and features suitably bamboozling cover art by T Bare McClough.)