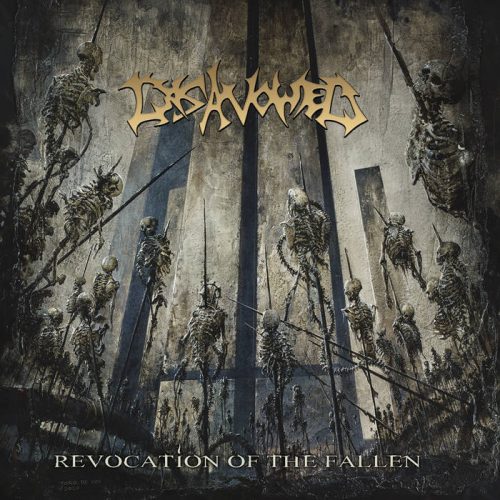 (Here’s Vonlughlio’s review of the long-awaited new by Disavowed, which will be released on July 31 through Brutal Mind, with artwork by Jorg de Vos.)

This time around I have the opportunity to write about Disavowed from the Netherlands and their upcoming album Revocation of the Fallen, to be released via Brutal Mind.  This is something that fans of this project have been waiting on for 13 years.

At the inception of this band back in 1994 they were known as Nocturnal Silence until they changed to their current name in 2000 and released the Point of Few demo. They released their debut album Perceptive Deception  the following year, and it’s considered a classic among BDM fans, one that is still consistently played across the planet. 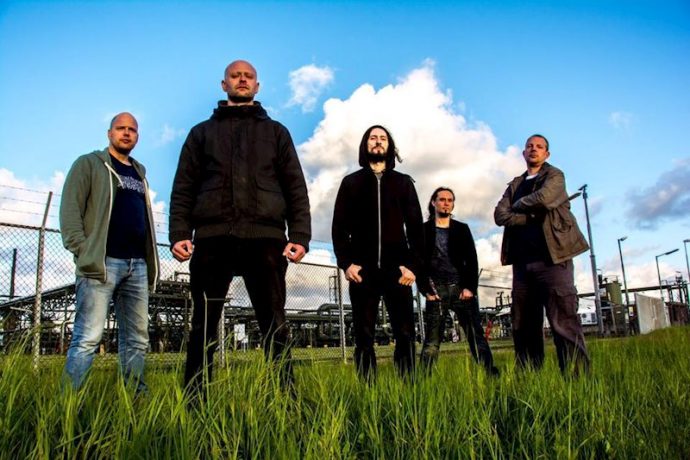 These musicians put out a product that represented the punishing BDM sound of the early 2000s, and listening to it even today is like listening for the first time and being submerged in a melancholy longing for the good old days. It stands among the great releases of BDM and has continued to pass the test of time.

After this release it took them 6 years to give us their sophomore effort, Stagnated Existence. That album presented a mix of brutal and tech elements, and at the time some fans did not like the departure from their solely BDM approach as represented in their previous effort.  I remember listening to it and having mixed feelings myself due to this change.

I didn’t think the album was bad, just that in my mind (like many others) I had thought they would continue the same formula as on the debut. But as time passed I came to appreciate the level of musicianship displayed on the album and how they were able to create a balance of BDM and tech, and I was persuaded that it is a fantastic record from start to finish. Also, props to the band for wanting to expand their sound and pursue a creative process that was true to themselves, which I respect.

But in terms of releases there was silence after that second outing as the band made live shows and the members focused on other projects. Significant time passed with no new music. That eventually changed earlier this year when their label Brutal Mind announced they would be releasing the group’s highly anticipated third album. The news took the internet by storm as fans from around the world (including me) were excited about the prospect of new Disavowed music.

Eventually a single was released, and there were again mixed feelings among fans, as it seems that some still hoped for a return to the style of their first album, only to realize that it was not, and that Disavowed had continued to focus on their tech/BDM strategies. I liked most of the song, just did not like the chorus as much. So when I received the promo of Revocation of the Fallen I admit I was nervous and anxious, as well as excited.

Because you’re now reading this review it’s obvious that in my mind Srs. Kok (Vocals), Berndsen (Bass), Van der Bij (Guitars), Van der Broek (Guitars), and Harsan (Drums) have crafted something special for this album. Again, they showcase their musical skills to the fullest in each of the 10 songs, each of which is a distinguished entity of its own, with a production that lets each of the instruments shine.

Now, I must warn some of the fans who are more BDM-inclined that this is not a second Perceptive Deception. If you have that expectation before listening, you will be disappointed. But I would also urge those people to keep an open mind while listening to the killer riffs, the abundant blast-beats, and the crushing vocals.  Overall, this is a great album, and a worthy comeback from this group. I hope they will continue to create music of this caliber (and won’t don’t take another 13 years to release more of it).

One Response to “DISAVOWED: “REVOCATION OF THE FALLEN””