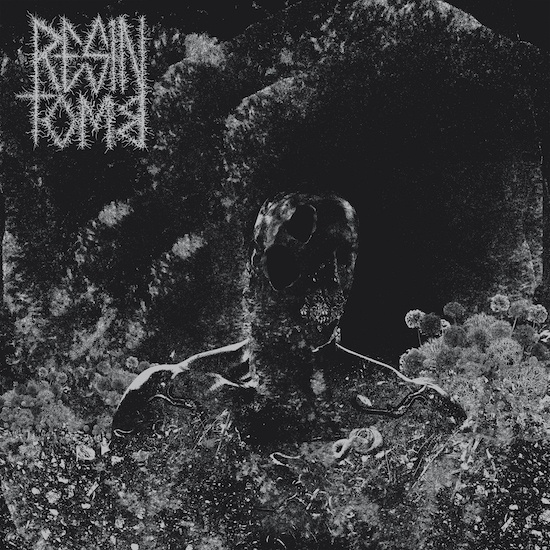 If you’re an extreme metal band and you name a song “Bestial“, you’d better be prepared to back it up. You’d better find your inner animal and uncage it, and that animal had better be terrifying. Let’s put your mind at rest right away (before we give you a chance to wreck your mind): Resin Tomb back up that song title to the bloody hilt.

This death/grind formation from Australia have clearly found their higher calling, which is the delivery of stunningly ruinous sonic savagery. The band features members of Siberian Hell Sounds, Descent, and Snorlax, so it’s not a complete shock that they’re capable of the shocking assaults you’ll find on their self-titled debut EP, which will be released on July 31st by Brilliant Emperor Records. But we hasten to add that, as “Bestial” itself proves, they’ve not burned the playbook of effective song-writing, even though they do such a frighteningly good job of incinerating and fragmenting everything in their path. 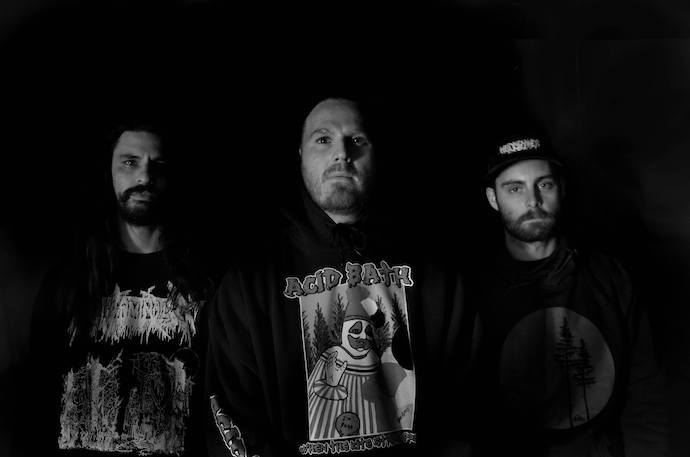 “The crux of Resin Tomb‘s signature sound is a blend of dissonant, intricate, soul-crushing death metal with flesh-ripping black metal and at times visceral grind madness, exuding a vibe not too far removed from one of their other projects, Snorlax.” So says the PR material for this album, without exaggeration or deflection from the truth.

In “Bestial“, Resin Tomb give you just a few seconds to prepare, announcing the song with a scattering of stupendous booms and a frantically skittering riff, and then they really do kick open the cage and drive a scourge of hell-beasts into your cranium. It’s a breathtaking storm of sound, a volcanic eruption of blasting drums, rabid bass notes, dense swarming chords, and absolutely unhinged screams (the vocals really are clinically insane). Backed by the rhythm section’s organ rupturing power, the riffing rapidly rises in a spectacle of deranged chaos and falls in a semblance of growling cruelty.

The mutilating power of the bass-and-drum performances can’t be overstated, and they become an especially riveting presence when the guitar transforms into a form of pile-driving punishment. The drums rumble and tumble, the bass pulses like a leviathan heart, the music does its level best to cleave your skull apart. It’s an effective transition, and makes the impact of the resumed double-bass warfare and guitar chaos even more electrifying and overpowering.

The music proves to be stupendous and searing, and it also sounds like titanic pistons driving and circle saws cutting through flesh and bone with sadistic, blood-spraying intent. While the music changes and changes, again and again, alternating between blast-furnace intensity and the terrors of charnel house butchery, there is no relent in its delivery of… bestial… ravaging, and the experience is damned thrilling in all respects.

Resin Tomb was recorded and mixed at Black Blood Audio, and was mastered by Simon at Empty Hall Studios. Pre-orders via Brilliant Emperor are live now. And lest you think “Bestial” is an outlier, you can check out previous track premieres courtesy of Decibel (here) and Cvlt Nation (here) — and if you listen to them, you’ll discover that the EP is a narrative in which the mood and the music do change, but that the band never provide a reprieve back from their inherent intensity.