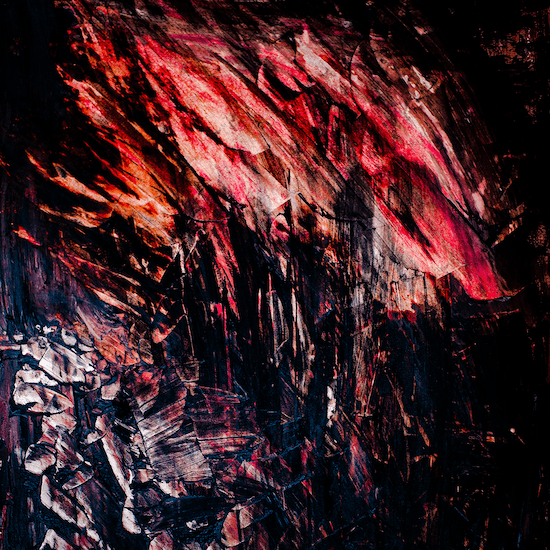 In early 2018 the Dutch atmospheric black metal band Verval opened a lot of eyes with their debut album Wederkeer. They didn’t pave the way to that full-length release with a sequence of demos or other shorter works, but simply sprang into being, though the album was the culmination of years of effort. Now this talented duo are returning with an astonishing new EP named Beeldenstorm. It will be released on July 24th — tomorrow! — but you’ll have a chance to become immersed in it today as we present a full stream of its three significant tracks, which together total almost 25 minutes of music.

Verval‘s two members — R. Schmidt (bass, cello, guitars, vocals) and drummer W. Damiaen — have been key participants in many other noteworthy bands, including Wesenwille, Laster, Mystagogue, and Sea of Trees. Only two of them here, but on Beeldenstorm they sound like an army, and what they’ve created will take your breath away. 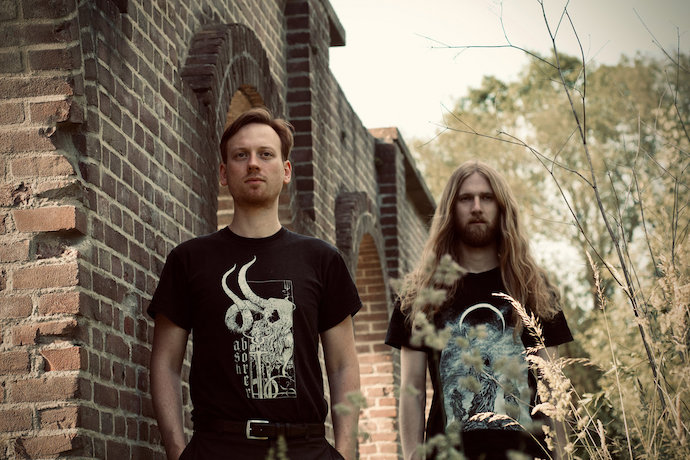 Each of the EP’s three songs can proudly stand alone, but they are interwoven in their musical themes and moods, and that makes the EP as a whole greater than the sum of its parts, something best experienced without pause from beginning to end.

As the band themselves admit, the music is more raw and aggressive than Wederkeer, but it’s also vividly dynamic and multi-faceted. The instrumental performances are all jaw-dropping. W. Damiaen‘s drumming is a tour-de-force of athleticism and inventiveness, but Schmidt‘s bass work holds its own, even though paired with such a tremendous percussive display. And in fact, the bass-work is so nimble and nuanced, so inventive in its own right, that it doesn’t hide in the shade of the kit-work but stands out.

Moreover, as the carriers of the melodies and the principal creators of the music’s atmosphere, the guitar and cello have been beautifully layered to create a near-overpowering yet mesmerizing impact in the music’s most high-intensity passages (which are frequent). But as you’ll discover, the songs reveal dramatic contrasts that include sorrowful reveries as well as storms of fire. And while the vocals are the least-changing of all the ingredients, they’re used to good effect to add fuel to the song’s most emotionally shattering surges.

A bit of linguistic research reveals that “Vlammenzee“, the name of the EP’s opening track, is Dutch for “a sea of fire, an inferno, a conflagration”, and the song lives up to its name. A caustic wash of writhing, heavily distorted riffing becomes the prelude to an even more overpowering storm of thundering drums and bass, wild incendiary guitars, and maniacal screaming. The drumming is a dynamic force in the song, punctuating the massed battery with rapid shifts in patterns, and slowing with the bass into head-moving back-beats. Meanwhile, the emotional timbre of the riffing becomes both more beleaguered and also more glorious, trilling in near-celestial, shimmering waves that quickly become entrancing, and stay that way even when the drumming returns to its electrifying artillery assaults.

More changes lie ahead, as the melody moans and the mood becomes more anguished prior to another conflagration of sound that intertwines all of the sensations previously introduced, creating a breathtaking climax. What follows is a despairing dual-guitar melody over a moody bass line, and then the slow, spellbinding ring of wistful guitar notes against a backdrop collage of what might be wind and waves.

A bit of historical research reveals that “Beeldenstorm” is a Dutch term for outbreaks of destruction of religious statuary and other imagery that occurred in Europe in the 16th century (principally the work of Protestant mob action directed against the Catholic church). In English, this episode was known as the Great Iconoclasm or Iconoclastic Fury.

As for the music on the title track, it begins seamlessly from the opening song, unfolding at a stately pace. The penetrating, multi-layered melody carries a mood of longing and loss, though the vocals remain an intensely wrenching presence. The intensity of the song as a whole leaps into the red zone as the drums cut loose again and the vibratory riffing sears the mind and cascades across the riotous rhythm section with sweeping power. As in the case of the opening track, the band make room for contrast, silencing the drums and allowing the guitar’s slow arpeggio to create a soulful and entrancing sensation in a duet with the bass. When the energy of the song swells again, the music jolts and jars, batters and bruises, culminating in another race of hurtling percussion and livid chords that boil and brilliantly shine, though the feeling is one of desperation and derangement.

The final track, “Een leven tussen één en null” (Dutch for ‘A life between one and zero’) rakes with rocking chords, hammers the neck with brute power, and groans in a display of bleakness, even as the bass and drums become tremendously exhilarating. The song is perhaps the most powerfully head-moving of them all, but the atmosphere is distraught and hopeless. Verval‘s dynamism shines through again, lighting a fire under the music and causing it to blaze in a gale of berserker drum acrobatics and ravaging chords, and then quelling the firestorm, converting the mood into one of trudging despair. Mournful melodies wash like long waves and become frantic, rising to a fever pitch, but with such a spectacular feeling that it seems like the awe-inspiring frightfulness of skies on fire. 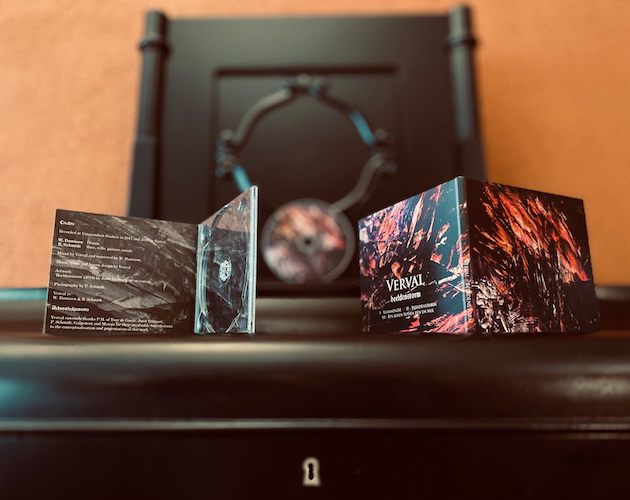 The artwork on Beeldenstorm features two original paintings created for the release by Dutch artist Joost Vervoort (Terzij de Horde). The music was recorded and mixed by Verval and mastered by W. Damiaen at  Catacomben studio.

4 Responses to “AN NCS EP PREMIERE (AND A REVIEW): VERVAL — “BEELDENSTORM””