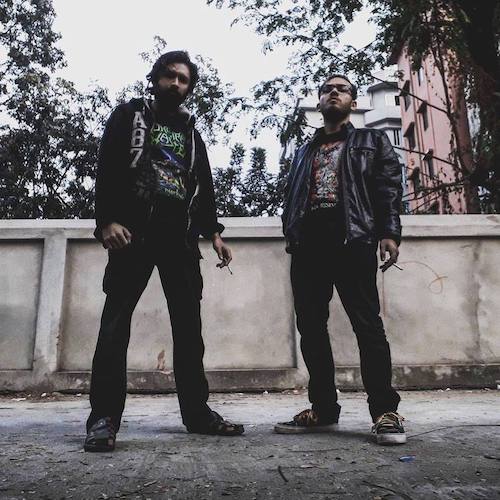 Time brings change, sometimes unexpected, sometimes planned. When multi-instrumentalist Muttaki Shafayath and vocalist Ruzlan Safat created Necrolepsy in Sylhet, Bangladesh during 2012, they dedicated themselves to goregrind. They launched an EP named Exhibition of Mutilated Apparatus in 2014, and followed that with a sequence of split releases from then into 2016. In that year, Necrolepsy fell silent, though its members continued to create together in the stoner doom band Moonshiner, which released a self-titled demo on 2017.

But the ensuing years brought even further changes. Muttaki moved to Toronto, and Ruzlan moved to Dhaka. And when they decided to resuscitate Necrolepsy across the span of thousands of miles, they decided to focus more heavily on death metal than they had in their earlier goregrind-rooted music. With that new focus, they’re at work on an EP projected for release in 2021, and today we’re premiering its first single, which will be released for download on July 31st.

Today we’re presenting a stream of that single — “Clot Over Concrete” — and it is a spectacularly wild ride. 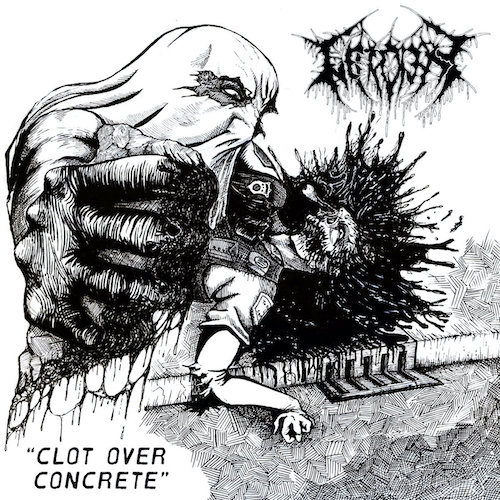 The song is a compact one, and it’s as fast as a rocket powering toward the stratosphere — a rocket with a malfunctioning gyroscope that sends it dangerously swerving, diving, and jetting upward with maniacal abandon. The drum rhythms and the vocals are about the only (fairly) steady elements of the song, though in the case of the drumming, “steady” is still only a relative term. Snare-forward pneumatic hammering morphs into bursts of acrobatic clattering and unexpected starts and stops, all of it accented by crashing cymbals. The vocals change a bit too, but are mainly in the vein of monstrous guttural roars.

But what really seizes attention about the song are the guitar and bass performances. The song definitely hangs together, thanks to some recurring motifs, but the speed, dexterity, and sheer crazed ebullience of the fretwork are exhilarating to hear. The darting, swirling, and bounding sounds are freakishly kaleidoscopic, but the music’s bewildering intricacy and blazing freneticism is interspersed with jolting grooves, episodes of deep, seething riff-cruelty, and flashes of bass soloing. The muric proves to be as menacing and ferocious as it is head-spinning.