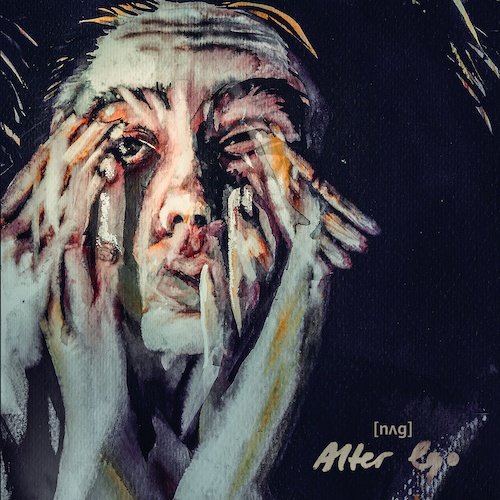 Nug’s new album Alter Ego, which we’re premiering today, is a dimorphic creature, a union of beauty and the beast. This Ukrainian band’s formulation of progressive and post-metal is capable of both transporting your head into sunlit clouds and also clubbing them through the pavement and deep into the mantle below. You could also think of their hybrid of obliteration and wonder, of pile-driving destruction and head-swirling dreams, as the workings of a wondrous machine that constantly morphs — from an earth-ruining demolition device into a spaceship venturing through head-spinning wormholes to reveal astonishing vistas of vast, blazing nebulae.

These extremes of sound — which are soft and loud, breathtakingly intense and sublimely mesmerizing, bewildering and brazen — might seem to occupy distant and opposing points on an axis, but Nug fold the axis in on itself, not merely juxtaposing the extremes but laying them on top of each other with gripping and exhilarating consequences. 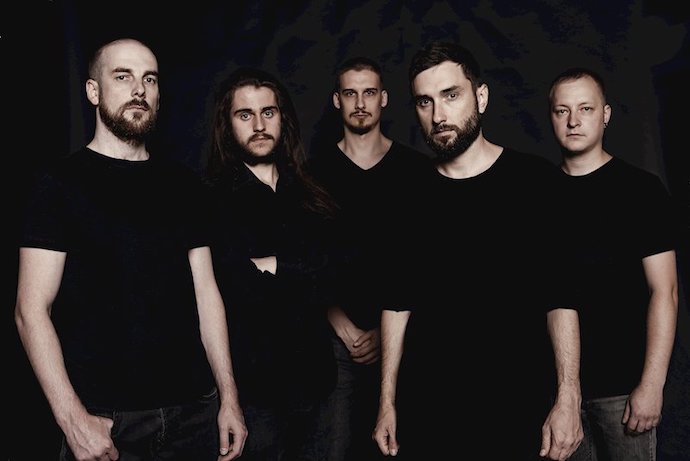 To achieve these varied and attention-magnetizing sensations Nug deploy deep corrosive bass tones, punishing drum blows, and a rich array of guitar tones and techniques, augmented by differing forms of synth alchemy, which collectively translate entrancing melodies that channel varying moods, from exultation to anguish, from fury to despair, from oppressive gloom to awe-struck wonder.

The opening track, “The Birth (Народження)”, provides a few clues to what will come through the swell of glittering and wailing ambience, segmented by graveled groaning tones and the pulse of percussive thumping. Together, these ingredients create feelings of celestial mystery and ominous menace.

What was foreshadowed becomes a reality in “Beast (Звір)”, which is a heavy, bone-smashing dynamo — a rhythmically punishing and physically compulsive piece, but one infiltrated with chiming and slowly slithering guitars that glimmer with supernatural light. The track also introduces the varying vocal techniques you’ll encounter on the album, a panoply of monster roars, harrowing howls, and intense singing. 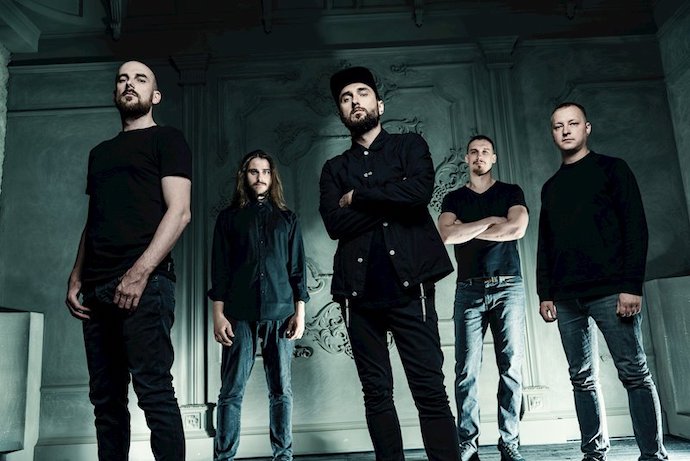 “Beast (Звір)” is an immediate lesson — a teaching that you had better get your neck muscles loose… actually, all your muscles… because Nug are capable of generating syncopated grooves that compel motion, as well as explosive pile-driving hammer blows. It’s also an instructive display of Nug’s knack for combining those compulsive and obliterating rhythms with flourishes of mesmerizing astral mystery, bursts of brazen, magisterial melody, and bouts of wrenching vocal intensity.

And from there, track after track, Nug continue to inflict brutish, spine-fracturing punishment and to hypnotize with sweeping cosmic sheens, to jar the senses with blaring dissonance, feverish fretwork dementia, and searing vocal intensity, and to create beautiful entrancements. They leaven the bruising physicality of the music with the drift of spacey ambience and glistening guitar reverberations, often engaging in adventures in rhythmic counterpoint while those unearthly tones continue wafting and whirling high above.

They also ease back on the energy in other ways, such as the instrumental interlude within “Shores (Берегиthat)”, which has the feel of cool jazz, and they provide further changing sonic textures, such as what sounds like a grief-stricken saxophone solo in “Eleven (Одинадцять)” (though it may be simply a cleverly tuned guitar). And the juxtapositions go beyond changes in sound and extend to dramatic changes in mood, such as the transition in “Dorian (Доріан)” from music that’s oppressive, choking, and cruel to music that’s introspective, wistful, and yearning. 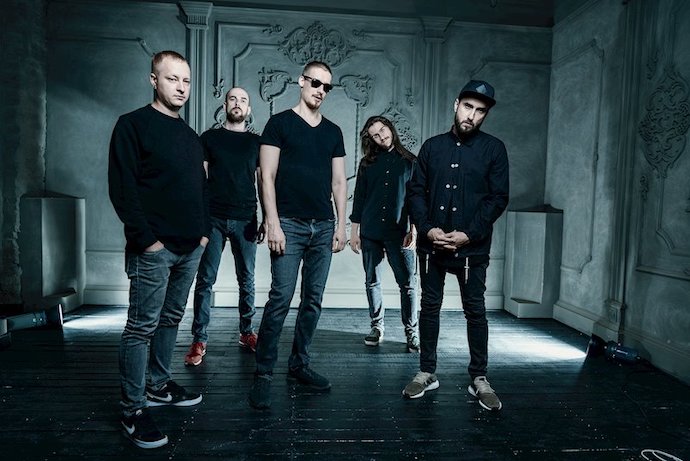 All in all, in its ranging trips between extremes of massive, earthquaking heaviness and ethereal magnificence, Alter Ego is exhilarating, and we are very happy to let you hear all of it today, in advance of its August 14 release by Willowtip Records.

The album was recorded at Frost Magnetic Records by sound engineers Valentin Zhulenko and Oleg Moroz. It was mixed by Valentin Zhulenko, and mastered by Lipky Zvukozapys, with artwork by Mateya Yovbak and design by Yura Dubrovskiy.