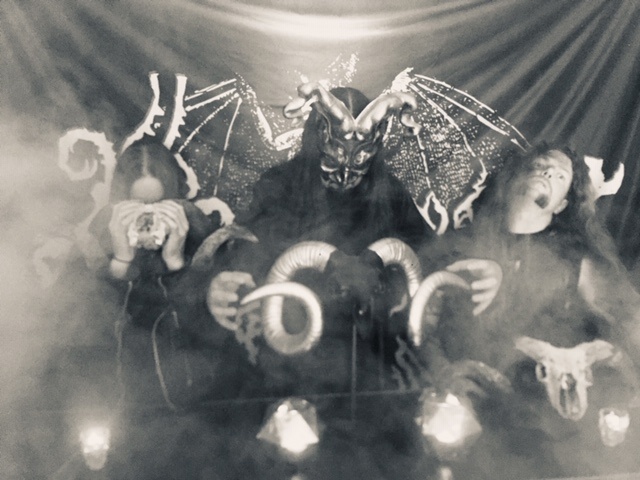 (On the 22nd of May 20 Buck Spin delivered unto us a new Cauldron Black Ram album, and it is a very good one, capable of inspiring Comrade Aleks to reach out for an interview, which he has done with the band’s drummer and vocalist Denny Blake, and these are the results.)

These savage sea wolves of black and death metal from Australia are busy gentlemen. Each of Cauldron Black Ram‘s members has a bunch of other bands and projects, so it’s a miracle how they manage to keep all these bands and projects active. And this year Cauldron Black Ram’s fourth full-length Slaver was unleashed by 20 Buck Spin Records, bringing us stories of horror, death, violence and death again. I was lucky to catch one of the band’s founders, Denny Blake (drums, vocals), and despite my meager efforts and ignorance he has helped me to complete this interview.

Quarantine is another word for ‘prison’. Australians do not respect prisons.

20 Buck Spin has released your new album Slaver on May 22nd. Do you have an opportunity to support the album with gigs? Or is any concert activity still prohibited in your area?

No tours yet. Obviously. We will not bow to anti-social restrictions. Local shows are limited by space and numbers. This is the forethought to slavery and control. We will only entertain free men and warriors. 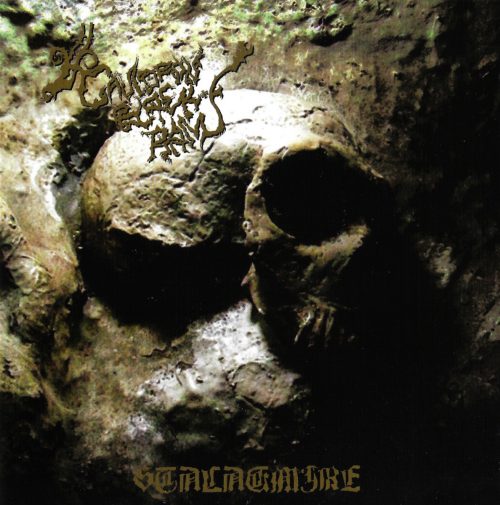 Cauldron Black Ram’s previous full-length album Stalagmire saw the light of day six years ago. After so much time it’s still a good result to have a new one if we take into account your involvement in other bands and projects.  When did you start to work on the Slaver concept?

The concept of SLAVER was begat immediately after Stalagmire. Many things interfered with the timeline, but who cares? We are pleased with the album and the response has been great, so the delays were worth it.

How do you manage to write such wicked and yet so balanced material? There are black, thrash, old-fashioned death metal and a few slower parts here and there, but all of this sounds solid, tight and killer in the end.

Experience, affluence of influence and age. 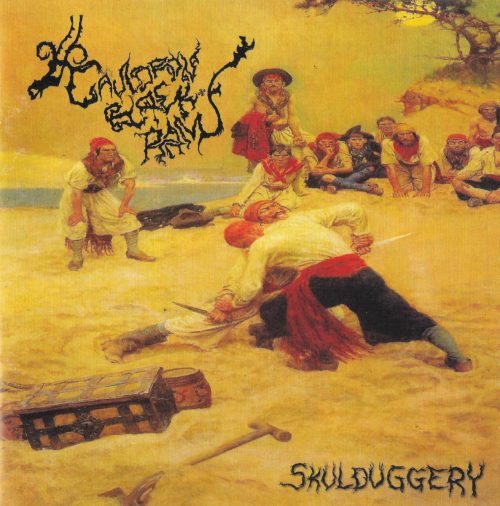 There are sixteen years between the band’s debut album Skulduggery  and  Slaver. How do you see the general differences between them? How far did you step from the point where you stood back then?

It comes down to experience in song-smithing and a want for the older era of heavy music when men dared. We have stepped this way and that, away fom the debut almost, but only by smaller, yet noticeable degrees. CBR would never do the grunge/alternative/industrial backflip many bands did in the ’90s, for example. But we, as writers, need fresh ideas oursleves, and in an internet-saturated time, these ideas can take longer to manifest to forms that we deem interesting.

By the way, how did your vision or perception of Cauldron Black Ram change through the years?

I don’t think it has.

How did you come up with the “horrors of the sea” concept? Was it an idea for one album or did you aim to do it as a trademark?

Albums 2 & 3 are a conjoined concept in which ships and the ocean are present, but no more than actual land. There are pirates doing the dirty works of Freemasons/Crown too. Otherwise there is black magic, cannibalism and caves to be spoken of moreso than the sea. The first album I believe has not a single song concerning the ocean, nor pirates. Obviously no-one bothered to read the lyrics.

Well, that’s close to the truth. Subjectively Cauldron Black Ram was always about depicting of moments of violence and human-born horrors. Do you feel you succeeded with this in Slaver?

Well we must have, because the response to this album has been the best we have seen of any of the past releases. Personally I believe the lyrics melded very intimately with each song and the songs wrought the entire loose concept into a vibe that can be tangibly experienced. It is the soundtrack to the dominion of the conniving and evil-spirited malcontents that would see free-men dead or in chains. We are at the same precipice now, so Slaver comes at no better a time. 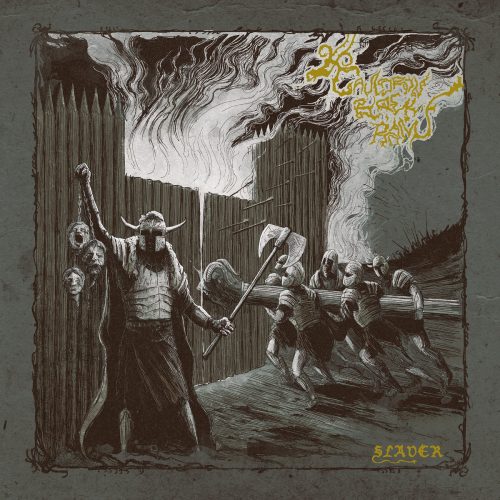 What inspired you to tell Slaver’s story?

I may have unwittingly answered this in the question prior… as for inspiration… the inspiration comes from foreboding. SLAVER is a warning that reminds us that storybook evil exists, it is not just the perception between men and men as to what is evil by cultural, societal and spiritual bounds. The truth of recent history has been obscured and buried in the very same mass graves most folk do not even know, nor conceive of. The prime issue here is that without recognising evil, we do not recognise the enemy.

It’s the first time you recorded a Cauldron Black Ram album with Andy Kite, though previously you did work with him on StarGazer and others, so you know each other well, and I bet you know his studio’s capacity too. Did you face any difficulties during this recording session? How smooth was this session?

I believe Stalagmire was also recorded with Andy Kite, but at his previous studio location. We have been friends with Andy for nigh on 20 years and he is always improving himself and his studio, so we have found it beneficial to work with him for those and other reasons.

The only difficulty for me was tracking drums the first day, as I was amply hungover.

Did you record Slaver using the same equipment as on Stalagmire?

There was different equipment present, sure, as it had been many years since we had been in there. There was an ‘orchestral’ approach to the recording of the drums on the 2 instrumentals. I wrote out some of the drum music and played each drum/cymbal separately. New vocal styles… that’s about it.

Each of the band’s members play in three-five other bands and all of you take part in the funeral legend Mournful Congregation. How do you separate your efforts between different bands? It seems impossible to pay equal attention to each of them.

Each band has a particular active period which does not too often clash with another. Oft when one band is writing, the other is touring. Though present circumstances leaves that dynamic somewhat behind, due to the lack of live performances.

So what are your plans for the rest of 2020 with Cauldron Black Ram? Will you switch to some of your other bands or do you have ideas for new Cauldron recordings?

I have just finished a large swath of albums that had been building up, and we are effectively in the clear to begin new aural devastators for CBR. We already have a few tracks, titles, potential concepts floating about. We shall see what we shall see.