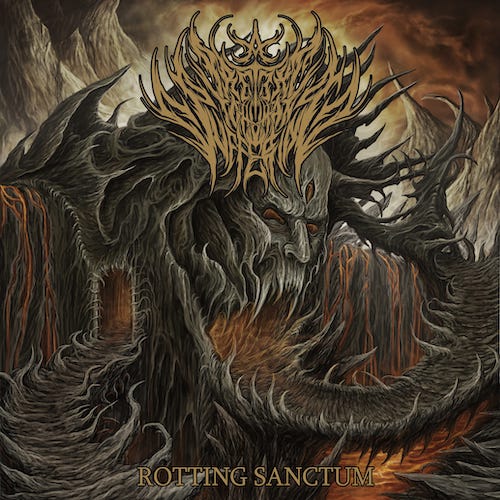 A Pretext to Human Suffering (hereafter “APTHS“) are a relatively new force for destruction in the extreme metal scene. They are an international triumvirate consisting of Chris Mathis (Defleshed and Gutted), who writes all the music and performs guitars and vocals, Lord Marco (Rings of Saturn, Six Feet Under, ex-Braindrill) on drums, and Kristian Jablonický on bass. They’ve just signed a record deal with RealityFade Records for the release of their debut EP, and today we’re bringing you a first listen to its title track, “Rotting Sanctum“.

As you’ll discover through this new song, APTHS occupy an intersection where different traditions of death metal meet. The music could be considered part slam, part brutal death metal, and part technical death metal. It metes out ferocious punishment, the kind that will get your motor running in a damned hurry, but will also give your head a swift and bewildering spin, and as icing on the cake it generates an atmosphere of ghastly horror. 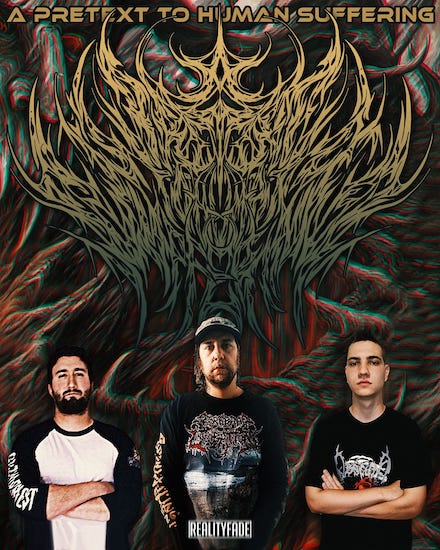 The experience begins by sending the listener into a gauntlet of brutishly pounding chords, frenetically swirling arpeggios, bursts of high-caliber percussive machine-gunning, and cavernous guttural growling. The music’s imperious beating grows increasingly fast and savage, and the drumming more maniacal, and the band further introduce viciously drilling fretwork and flares of frightening dissonance, as well as scorching screams (both human and instrumental), ghastly gagging excretions, and a panoply of guitar gymnastics that range from angular darting movements to insectile skittering and spurts of melodic derangement. And while an air of barbaric dementia perpetually lurks around the edges, it comes to the fore in a slithering and shrieking solo that sounds like the torment of ghosts. 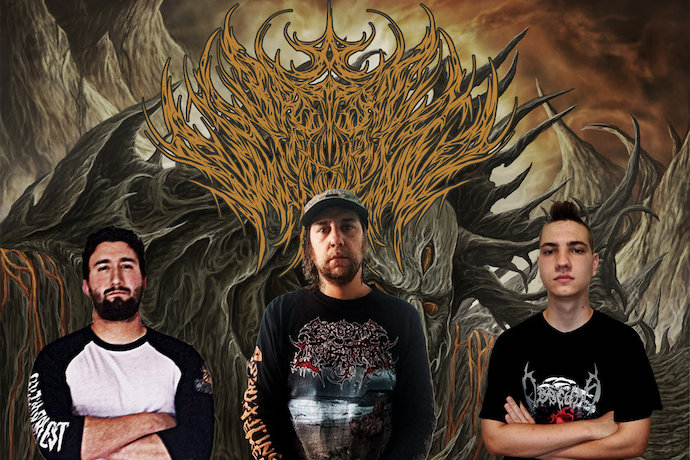 The release of the Rotting Sanctum EP through RealityFade is expected to happen this coming fall. The record was mixed and mastered by Art Paiz and features frightening cover art by Adi Dechristianiz. Watch the links below for the announcement of pre-orders — and below you can also take in not only today’s premiere but also a stream of the band’s first single, “No Light Lives“.

2 Responses to “AN NCS PREMIERE: A PRETEXT TO HUMAN SUFFERING — “ROTTING SANCTUM””