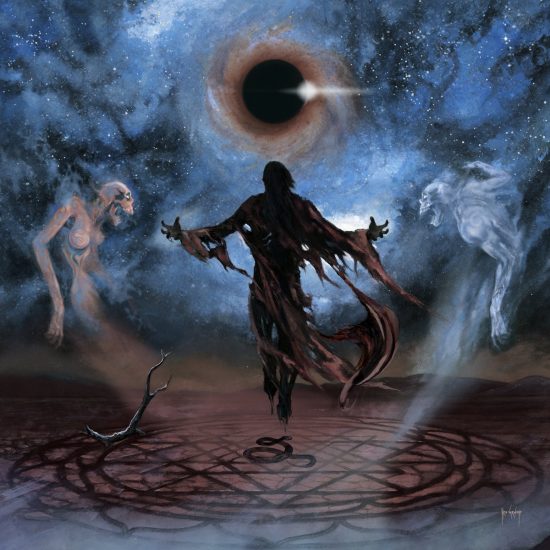 (This is Wil Cifer‘s review of the new album by Portland’s UADA. The album will be released by Eisenwald on September 25th. Kris Verwimp created the cover art.)

After falling for an exchange in the comments on a Facebook post comparing this album to the likes of Alkaline Trio and New Model Army, my dark heart was sparked to check it out. Yes, this album might be more melodic than what I remember this Portland band doing before, but you can put away the cloves as it is still very solidly black metal.

I think the misunderstood excitement of my Facebook friends was based on them becoming content with lazy bands who stick close to the pack, doing little to set themselves apart as individuals. Ironic, considering black metal is the outsider genre. On this album UADA expand their sonic arsenal with new tones to create some cool, powerful metal riffs. 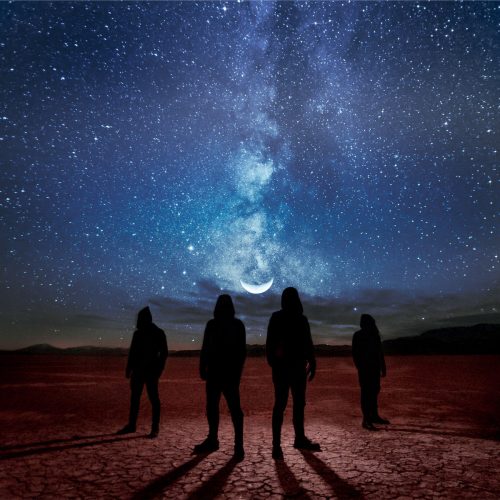 The band throw any post-punk comparisons out of the belfry by the second song. Aside from the two thirteen-minute songs, they keep their songwriting concise, with the emphasis on melodic layering. They are angry enough to appease most fans of black metal, but not just dialing in the same old blast-beats. Despite the melodic guitar lines the mood often circles the same pit, with the vocals varying their snarl a few degrees.

At one point the songs collided on the first of the thirteen-minute songs, and it was not until a Vincent Price sample came in that I realized it was not a new song, but the band took a turn in the third act of this lengthy epic. They also shifted the tone and cadence of the vocals from the typical rabid scream .

The only instance of vocals that are touched with goth is on “In the Absence of Matter”. It is not like they suddenly turn into Type O Negative, but a sparse chant thrown in here and there not unlike the more recent work by Tombs. The emphasis remains on being a black metal band with the same kind of relentless attack that colors most black metal. The main difference is that the songwriting is more nuanced. It is one song where I can hear similar themes beginning to repeat on this album, not unlike how musicals often return to similar themes.

They shift into a more atmospheric clean tone that rings out going into “Forestless”. The attack of the riff that kicks in is still very metal. I think the reaction to this album is because we are so numbed by lazy bands taking the easy way out that we forget that things like dynamics can add to songs beyond what the status quo might expect. The vocals are snarled out with the same sort of venom presented in the previous song, if not marginally angrier, with tremolo-picked guitars reminding you this is in fact the kind of black metal you originally ordered.

The album closes with the almost 14-minute “Between Two Worlds”. The drumming has more of a half-time feel in comparison to the gallop they have used for the bulk of the album. This holds to the most conventional bounds of black metal despite some of the more aggressive grooves it uses in places. At the six-minute mark the riffs shift into something closer to death-doom.

While Djinn never dances down into the Bat Cave, this band excel in terms of having the courage to expand upon what they were doing and allowing themselves to grow. My most common complaint these days is that bands are too focused on achieving a certain sound that they forget to write songs. That is not the case here. Hate to burst your black balloon if you floated toward this album in hopes of a black metal AFI, but having grown up as a poor goth kid in the ’90s, I can assure you this is just a well-done black metal album that has not forsaken the art of melody. If that is what you are into, then this album will delight you. If Halloween can’t come soon enough, Marilyn Manson has a new album right around the corner, but give this one a listen while you wait.