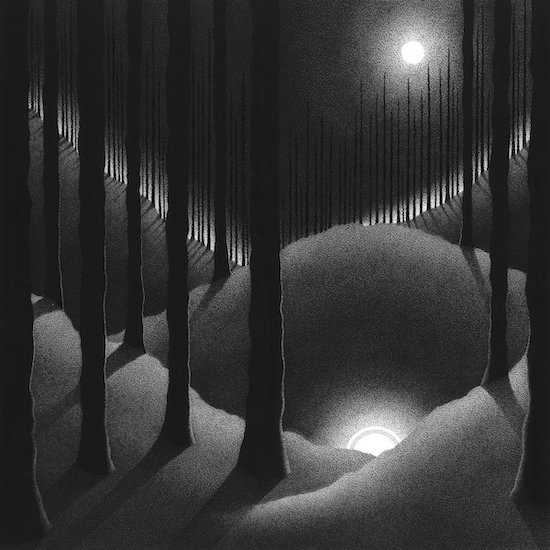 What will become of us when we die? Merely the eventual reunion of our bodies with the earth? Or will we also leave a residue of memories in the minds of those who survive us? What kind of memories will those be? And when we take our last stumbling steps, what memories of our own will we seek out as most dear?

The video we present today, which has the aesthetic of a silent movie, seems to be a meditation on such questions (and more), seen through the eyes of a person on a solitary walk through brambled woods to their death. With little time remaining they search out a place to relive a beautiful moment.

The words and scenes in the video make for a haunting complement to the music, but it’s the spell of the music that is most arresting. 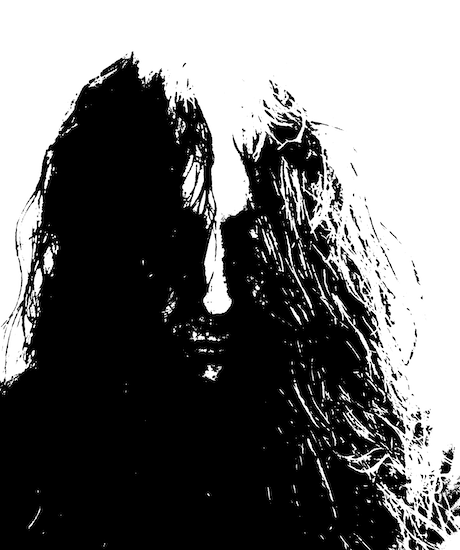 The music is far off the usual beaten paths we follow here, though we’ve ventured off those paths into the realms of Dungeon Synth on other occasions, thanks to such contributors as Neill Jameson and Captain Karbon. In this case, the Baltimore-based musician Sean Heelen casts his spells under the name Wooded Memory. The piece in the video is the title track to his new record, My Secret Horror, which will be released on limited-edition cassette tape (and digitally) on August 28th by Boston-based Realm and Ritual.

The music is simple, as the deepest spells sometimes are, but the intertwining of the three keyboard elements that go into it — two of them the sounds of piano keys and the third shimmering high above in ambient tones — have alchemical properties. Together they create a deeply involving mood that captures both dark sensations of impending death and the wistful beauty of sought-after memories in fading light.

Sean Heelen tells us this about the song in the video:

“My Secret Horror” is meant to signify the horror of impending death. The hands of time no longer signal hope for a future, but rather serve as a constant reminder of the mortality that always was. When this realization occurs, we resign ourselves to wait in silent and stoic horror.

And of the album as a whole, which shares its name with this composition, he says:

“The album is a journey into the terrifying control the human mind inflicts on the individual. From mortality to isolation, My Secret Horror seeks to give a voice to those silenced not by an outside force, but rather the confines of their own thoughts. The human mind can serve as the most effective prison, as its boundaries are unseen and the prisoner is often unaware that they are serving time at their own doing.”

My Secret Horror is the third release from Wooded Memory. It follows two EPs — Once… and The Lost Stories. Influenced by Mortiis, Secret Stairways, and Vindkaldr, Wooded Memory continues through this new record a solemn and self-reflective exploration of themes of alienation, solitude, and mortality.

The marvelous cover art is an original work by Simon Gardarsson titled “Wooded Memory”, and it really does seem to capture the heart of the music.

The footage in the video was made in Hammond Pond Reservation in Newton, MA. SG of Realm and Ritual took the video, wrote the story, and edited it together.

The tape edition of My Secret Horror is limited to 50 hand-numbered copies, hand-dubbed by Realm and Ritual, on snow-white shells with a pro 4-panel J-card and overlapping O-card to emphasize the art created by Simon Gardarsson. It will become available for pre-order today (August 14th) at 12PM (EST). The tapes will ship out on or before 8/28. The full digital release will also happen on August 28th, available for purchase on Bandcamp, and streaming on that date through Spotify and other music streaming services.

Below we’ve also included a stream of a second track from the album, “Alone”.

One Response to “AN NCS VIDEO PREMIERE: WOODED MEMORY — “MY SECRET HORROR””