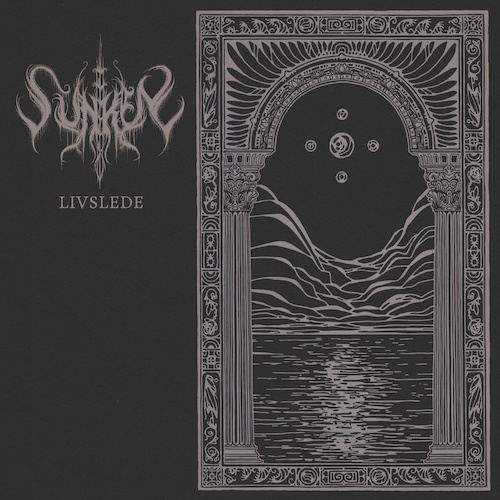 Two active metal bands have adopted the name Sunken, and both of them are releasing excellent albums this year. Because we’ve already devoted some attention to the Finnish doom/death band Sunken at our site, we thought we’d explain up-front that the Sunken whose music we’re premiering today isn’t that one. This Sunken is a Danish collective, and on their newest album they devote their talents to a heart-rending and immensely immersive form of atmospheric black metal.

That album, Livslede, is set for release on September 18th by Vendetta Records. It’s a 43-minute work divided among four substantial tracks and one comparatively brief introductory piece. Those four main songs are long for a reason, and the time is not wasted. Sunken use the time to create experiences of such deep emotional power that it’s hard to imagine how the soul-swallowing effects of them could have been achieved in less time.

It happens that the track we’re bringing you today, at nearly 12 1/2 minutes, is the longest of those four. One of the best compliments we can pay to successful long-form music is that in listening you lose track of time passing, as you lose yourself in the music. And that is certainly a compliment that “Ensomhed” richly deserves. 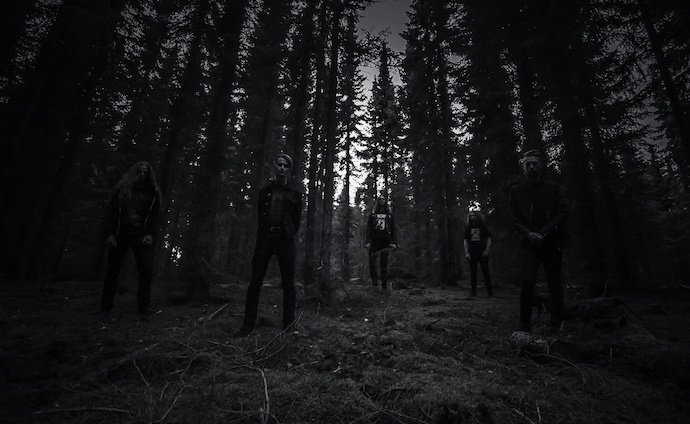 “Ensomhed” is the album’s second track. The opening piece, “Forlist“, sets the stage with a minute and a half of ghostly piano keys, whose eerie reverberations drift slowly across a backdrop of deep, bowed strings. “Ensomhed” itself begins just as softly, and in equally haunting fashion. Rather than a piano, the echoing tones of an acoustic guitar cast the somber spell, surrounded by ethereal shimmering sounds. Those high glimmering tones persist and become more piercing as the storm breaks within the music — and it breaks in extravagant fashion, in a torrent of rapidly pulsing snare beats and flowing waves of heavy, momentous chords.

The dramatic sense of forlorn majesty that emanates from those powerful sounds is a hallmark of the song, though the music morphs again and again, racing and abating, sending its piercing melodies into the skies like an accelerated sunrise, and drawing them down into shadowed moments of self-reflection and regret. The throbbing power of the bass and the hammering fever of the drums combines with the blazing extravagance of the riffing and the vocalist’s throat-rending screams to create heart-bursting intensity, and that intensity is delivered with surround-sound power. It saturates the mind, and creates a mood that radiates a hybrid of hope and despair.

When the music slows and softens again, preceded by somber spoken words, the effect is entrancing. When the power swells again, announced by momentous booming percussion, the pacing is stately and somber, and the grief in the music reigns like a lord of the underworld, regal in form, vast in scale, and broken-hearted in the extreme. The music creates a wondrous, stricken vision, powerfully moving but bereft and inconsolable at its core. At the end, the music seems to ferry us peacefully across the broad expanse of the Styx, no turning back. 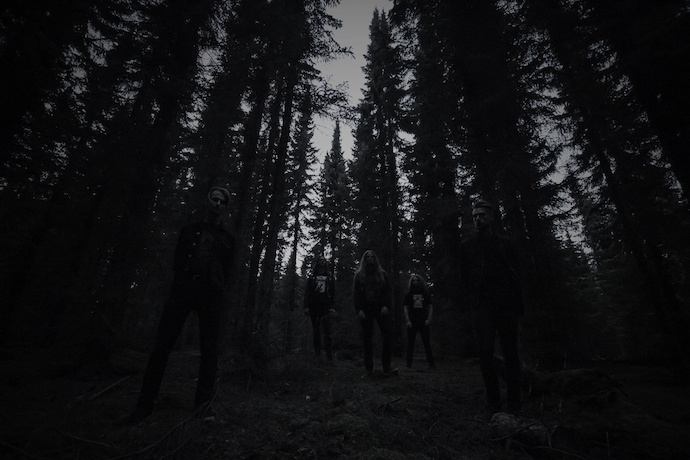 Of course, these are only one person’s interpretations of this ravishing song. Sunken have given us their own explanation:

“‘Ensomhed’, Danish for ‘Loneliness’, is a song about hopelessness, abandonment and the utter emptiness that loneliness can cause, when we all inevitably experience it. Musically, the song features our first endeavor into spoken word, as well as choir vocals and a return to doomy territory in what has become one of our favorite endings to a song of ours.”

The album is available for order now. Vendetta recommends it for fans of Wolves In The Throne Room, Woods of Desolation, and Ash Borer.

One Response to “AN NCS PREMIERE: SUNKEN — “ENSOMHED””