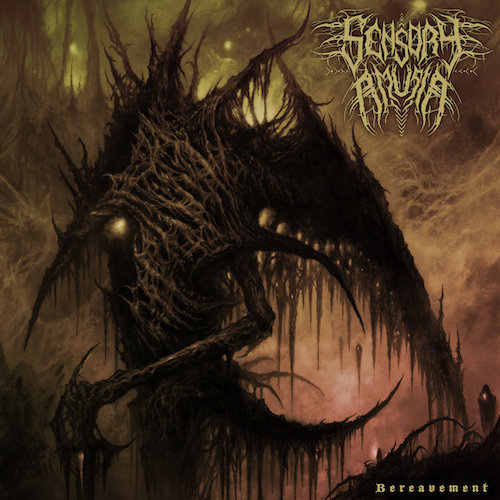 Friends, Romans, countrymen (and everyone else out there), lend us your ears… for a bit more than 17 minutes. That is how long it will take for Sensory Amusia (who hail from Perth rather than Rome) to run you through the gauntlet of their new EP, Bereavement. That title may suggest a doom-y, tear-stained experience, but the only tears to be shed will be from those who manage to survive this death metal meat-threshing machine.

A dismal guitar arpeggio backed by the sounds of a drenching and thunder-cracked storm begins to set the mood before the real storm breaks in the EP’s introductory track — a storm of blasting drums, rapidly raking riffage, and mercilessly pulverizing groove. And what comes next are four tracks of death metal chaos interwoven with influences of tech-death, hardcore, and grind. It’s our sadistic pleasure to present a full stream of the EP now, on the day of its release by Lacerated Enemy Records. 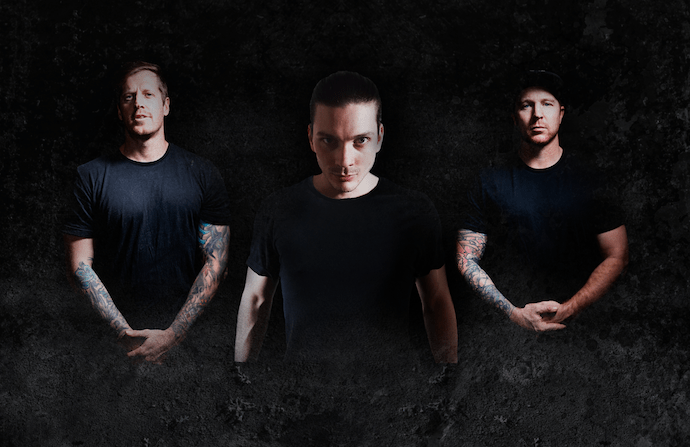 That brief taste of decimating ferocity in the Intro track blooms into “Death”, a turbocharged assault of hyper-blasting kitwork, wild fret-leaping mayhem, and flesh-scorching howls. The song displays the band’s technical chops as they chop, slash, and bludgeon in a slaughtering fury. And oh yes, “Death” is definitely a bludgeoner as well as a frenzy of evisceration, one that reveals the band’s -core influences by applying pavement-cracking bass detonations and a grim breakdown remorselessly designed to cave in skulls. Even when the band punch the accelerator again, they continue to give your neck a good wrecking even as the fretwork becomes a blizzard of feverish, drilling savagery.

From there, through “Beast”, “Pain”, and “Absolute”, Sensory Amusia continue to fly like giant razor-fanged bats out of hell, delivering maniacally darting guitar-work, murderously seething trem-picked riffage, and explosive performances by the rhythm section, along with utterly unhinged vocal terrorism, which rapidly veers from guttural roars to hair-on-fire shrieks.

The pile-driving and jackhammering grooves continue to be decimating throughout, as does the overarching “atmosphere” of mauling, mangling barbarism. But you’ll also find plenty of moments when the band throw in surprises to keep you on your toes, such as the adventurous rhythmic interplay and blurting string-squeals at the outset of “Pain” (later reprised in the same song), and the gloomy bit of picking that comes out of nowhere in the middle of the otherwise jet-fueled turmoil of “Absolute”, and the swirls of grief-stricken melody that add yet another dimension to that track’s sensation of no-holds-barred destructiveness.

In short, these 17 minutes and change provide as electrifying an experience as beleaguered minds could want — long enough to kick your adrenaline into the red zone, but short enough to leave you hungering for more of what these Aussie destructors mete out. Let’s hope they feed us again soon!

As mentioned, Lacerated Enemy is discharging this EP today, adorned by the cover art of Maxwell Aston. It seems guaranteed to appeal to fans of such bands as Aborted, Benighted, and Dying Fetus. You can pick it up on CD or digitally, along with apparel.