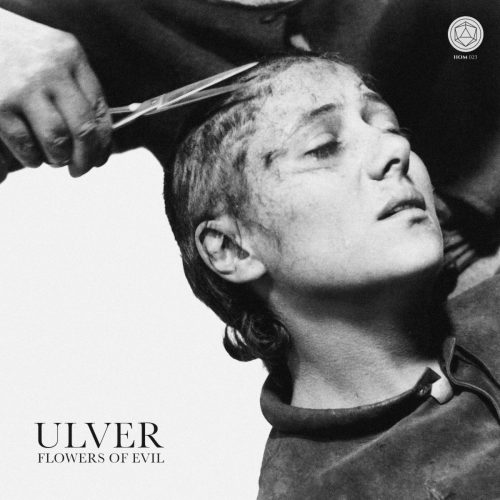 (We present Andy Synn‘s review of the new album by Norway’s Ulver, which will be released on August 28th (along with Wolves Evolve: The Ulver Story, a 336-page book that reflects on over 25 years of Ulver history) by House of Mythology.)

It’s fitting that, for all their celebrated critical and commercial success, Ulver today are still perennial outsiders – lone wolves, if you will – who don’t really “fit in” anywhere.

No matter what happens – from shimmering cyber synthscapes to improvised orchestral experiments to pulsing prog-pop exhibitionism – you never really know what to expect.

Even at their most instantly, insistently infectious (and here I must pause to point out that this record is very much a continuation of its predecessor’s decadently danceable, 80s synth-pop approach… although that’s not all it is…) there’s always more to what you’re hearing.

More layers to uncover. More threads to be pulled. A bigger picture waiting to be revealed.

Case in point, if The Assassination… was about what it means to keep on dancing, even as Rome is burning, then Flowers of Evil is about what grows from the ashes. A garden filled with both (un)earthly delights and unwanted weeds. A heaven and a hell, one or the other, sometimes both, of our own creation.

And if we’re all still dancing, it’s to a more sombre tune. Because the cracks are beginning to show, and the bloom is off the rose. 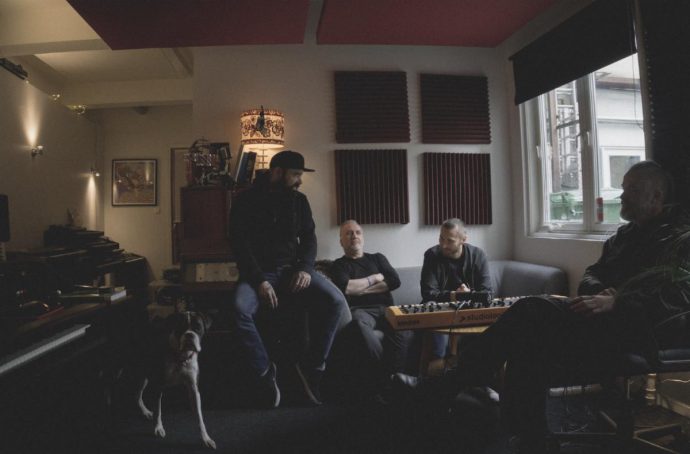 There will, of course, be those who will tell you that Flowers… is Ulver’s finest hour. Let’s face it, there’s someone who’ll say that about the band’s every album.

And I would disagree. Though not, perhaps, for the reasons you might be thinking.

By the same token, there will be those who will no doubt express their disappointment (loudly and frequently) that the band have chosen to rest on their laurels, so to speak, by producing such a direct sequel to their previous effort (if we don’t count Drone Activity, I mean), instead of engaging in another (un)expected paradigm shift in sound.

But that would also be missing the point.

Because the reason Ulver haven’t drastically changed their sound this time around… is because they’re not ready to do so. Their work is not yet done.

And one thing which I’ve come to realise while listening to this album is that The Assassination of Julius Caesar and Flowers of Evil belong together in more than just a musical sense.

Lyrically (an aspect of the band so often overlooked, but so vital to understanding their work) both records are an exploration and an examination of what we choose to call “civilisation”.

But Flowers… is, I would argue, an even darker album than its predecessor (which, beneath all the glitz and glamour, didn’t exactly portray the rosiest picture of humanity either), focussing in even more on what we’ve lost, and what we’ve gained, from all this growth and progress (“altered organ function, computers, democracy, and nervous disorder”, as “Machine Guns and Peacock Feathers” succinctly puts it), as well as the ways in which the modern age increasingly resembles, if you look at it from just the right angle, a gaudy, gilded cage.

Looking at the lyrics, the ongoing deconstruction of how the promises of tomorrow so quickly become the failures of yesterday, and how the greater good is so often rooted in both lesser and greater evils, also makes the band’s blatantly “meta” musical approach even more obvious (and that much more effective) this time around too.

After all, Ulver clearly understand that there’s a pattern and a rhythm to the rise and fall of mankind. Two steps forward and one step back. A little depression here. A giant leap there. And what better way to encapsulate our tendency to view the past through rose-tinted glasses than by wrapping up this message in a purposefully retro medium?

It goes a step further than that too. The most interesting tracks here (“Hour of the Wolf”, “Little Boy”, “A Thousand Cuts”) find the band’s poppy facade beginning to crumble, revealing, beneath the surface, faint traces of Perdition City’s artificial, inhuman ambience.

Is this a message? A coincidence? I don’t know, but it’s definitely there. And it would be wholly appropriate for an album like this to acknowledge that the future (sound of music) is simply a snake, eating its own tail, in such an oblique and offhand manner.

I said at the beginning that Flowers of Evil shouldn’t be thought of as the band’s finest hour. And I stand by that assessment. Mostly because a handful of tracks (“Russian Doll”, “Apocalypse 1993”, and the aptly-named “Nostalgia”) seem to repeat a lot of the same beats, musically, lyrically, melodically, as the previous album, without really doing much to expand the ongoing narrative.

But that doesn’t mean that it’s not a fascinating, luridly compelling piece of work in its own right, one which weaponises nostalgia in its purest, poppiest form, to conceal (or confront) the fact that looking backwards all the time is a big part of what’s preventing us from moving forwards as a people, as a planet, and as a species.

One Response to “ULVER: “FLOWERS OF EVIL””