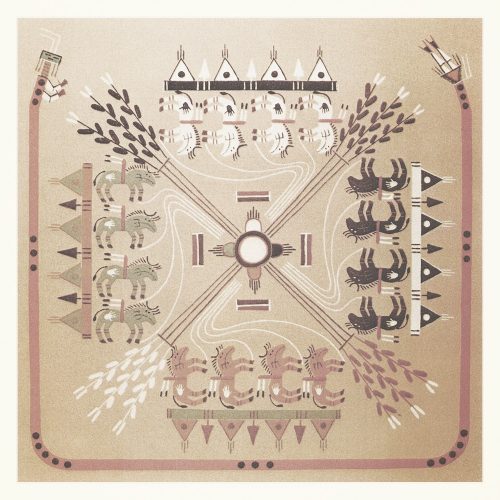 Before delving deeper into the sounds of Vital Spirit‘s debut EP, In the Faith That Looks Through Death, let’s begin with the band’s own stated list of musical influences: Ennio Morricone, Taake, Earth, Ulver, Marty Robbins, Dissection, Drudkh, Inquisition, and Wovenhand.

And then let’s add to that this list of their lyrical inspirations: Wovoka, Patti Smith, Chilam Balam, Townes Van Zandt, and the corridos of the Mexican Revolution (with subjects that range from Mayan cosmology and history, to Pancho Villa’s role in the Mexican Revolution, and Wovoka’s Ghost Dance movement).

Got that? Well, you probably don’t, because even though you can read all those names, comprehending how such disparate sources of inspiration could all work together in harness under the coaxing (and the whiphand) of this Vancouver duo is probably a challenge. But when you listen to the music, you’ll discover that it all integrates wonderfully well. And the fact that In the Faith That Looks Through Death doesn’t sound quite like anything else becomes a big part of its attraction. 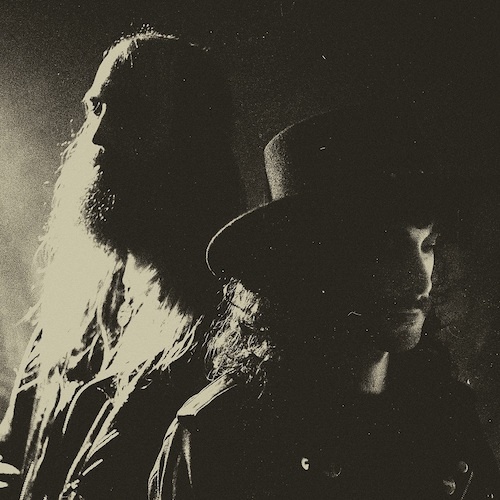 The success of this unusual debut EP isn’t entirely surprising, given that the duo behind Vital Spirit have already made names for themselves elsewhere: The band combines the talents of guitarist/bassist/vocalist Kyle Tavares (Seer, Wormwitch) and drummer Israel Langlais (Wormwitch).

They had the idea for Vital Spirit, and began writing music for the project, during and between Wormwitch’s 2018 and 2019 American tours, animated by the lands they saw and the histories of those places. “Harrowing ballads imbued with the enduring spirit of the Americas” is how they describe this four-song, 17-minute work.

Black metal provides the backbone for the music, but you’ll begin to see how it flourishes with the fuel of other inspirations in the opening track, “Heart of Sky“. Piston-pumping drums, gales of raw tremolo’d chords, and scorching shrieks assault the senses, but the chords hammer and slash as well, and the leads flicker with a fiery incandescence. The sensation is one of a blazing wide-screen spectacle, but the music also dramatically changes, slowing and giving way to the bewitching ring of sorcerous guitars — and the mood also becomes more grim and cruel, as well as fluidly sorrowful.

The seductive ringing tone of the guitars that proved such a beguiling surprise in “Heart of Sky” surfaces again in the brief introduction to “Centaur“, just before the song catches fire in a burst of battering kitwork and soaring, searing melody which transforms into grand displays of majesty. When this particular song slows, the guitar generates long pealing sounds that are mournful, and that become the prelude to militaristic drum patterns, charging chords, and a guitar solo that brings to mind the style of Ennio Morricone‘s “spaghetti western” soundtracks. And that solo then wails and soars in anthemic splendor.

While the following song, “Face of the Sun“, is undeniably ferocious, the timbre of the music is bleak. It has the same kind of high-intensity propulsive energy and sense of wide-screen grandeur as the two preceding tracks, but the drilling riffs are as grim as acres of gravestones. On the other hand, the soloing is just as charismatic as before, even if this time there’s a quality of desperation in the melody. Like the preceding tracks, this song also suddenly softens and leaves the stage open for another solo, this one haunting but also bringing to mind visions of the American West as imagined in cinema.

Panoramas of vast prairies and stark mountain crags rise up in the EP’s closer, “Ghost Dance“, which attacks with hard-driving power and an air of incandescent magic in the leads. As the momentum changes and the hard-pop of the drums cracks against your neck — indeed like the tribal beat of a ghost dance — the ringing solo again brings to mind imaginings of the Old West in its conveyance of sorrow and soulfulness, backed by harsh, near-screaming chants. 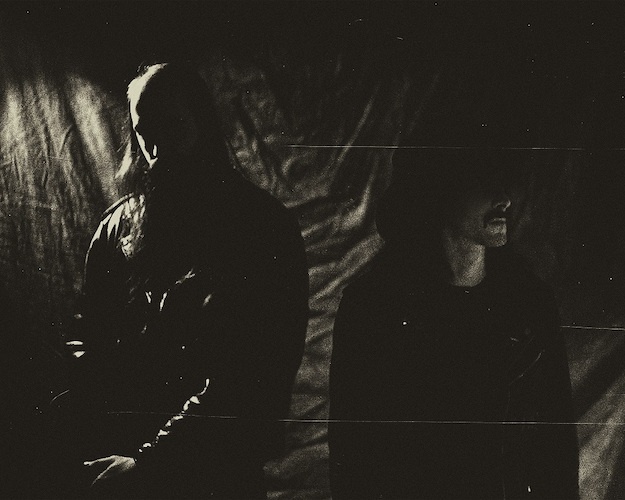 In the Faith That Looks Through Death is relatively brief, but it’s a gem nonetheless, and leaves us hoping that it won’t be a one-off adventure but an excursion that will continue. There is, after all, a lot of source material in the history and landscapes of the Americas that’s yet to be mined!

The EP will be released on August 28th by Kyle Tavares‘ own label Hidden Tribe Records, on cassette tape and digital formats. You can order it now:

5 Responses to “AN NCS EP PREMIERE (AND A REVIEW): VITAL SPIRIT — “IN THE FAITH THAT LOOKS THROUGH DEATH””