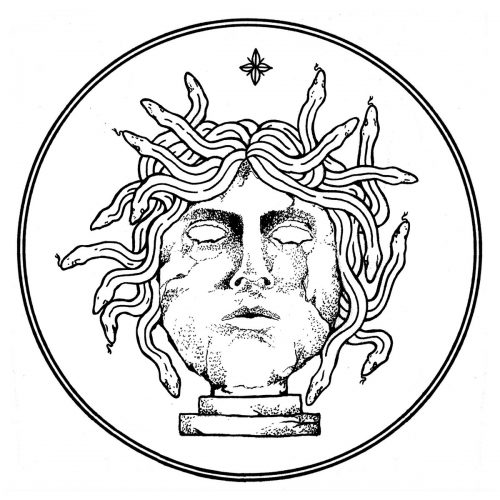 (This is Andy Synn‘s review of the new album by Maryland-based Cavern, which will be released on August 28th.)

I know what you’re all thinking.

The truth, as always, is far more mundane. This is just what I felt like writing about this week.

But don’t worry, I’ve got something much rougher and riffier lined up for tomorrow…

Until then, though, it’s time to immerse ourselves in the glistening, atmospheric waters of Powdered. 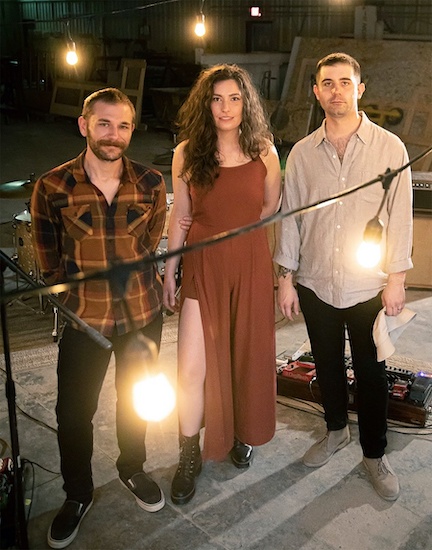 Clocking in at six songs, totalling just under 25 minutes of music, Powdered may be more of a palette-teasing appetiser than a ten-course main meal (truth be told, the main/only criticism I have of this record is its length, which really leaves you wanting more – although that’s not necessarily a bad thing), but it’s still a rich and rewarding experience, filled to bursting with effervescent, emotive melodies and moody musical textures.

Lesser writers than myself might be tempted to compare the band to last year’s breakout stars Brutus, as both acts operate as a trio, with all vocals handled by their lone female member, and both share a similar penchant for melding gripping Post-Hardcore catharsis with glorious Post-Rock crescendos, but, quite honestly, these similarities are ultimately pretty superficial.

For one thing, it’s obvious Cavern are, these days at least, a smoother, less spiky, proposition than their Belgian cousins, erring more towards the classic “quiet/loud” dynamic overall, especially on tracks such as “Grey”, “Dove”, and “Fade Before the Flood”, which build from a simmering slow-burn towards a captivating, cathartic climax (the former even has some shades of Alcest to it) in a way that never feels calculated or contrived.

For another, just because their singers share a couple of chromosomes in common doesn’t make the two bands, or their vocalists, anything alike.

Indeed, if anything Cavern’s Rose Heater (making, if I’m not mistaken, her recording debut with the group) often reminds me far more – at least in terms of pitch and cadence – of singers like Dustin Kensrue (Thrice) or Dallas Green (Alexisonfire), and her ardent, heart-on-sleeve delivery only enhances the evocative Post-Hardcore feel of tracks like riveting opener “River” and obvious album highlight “Red Moon”.

Of course, while the addition of Heater’s vocals (and bass playing) clearly signals a major change in the character of the band, this shift in sound is not entirely down to her presence (though doubtless she’ll get the blame from those who don’t appreciate just how much things have changed).

Truth be told it’s clear that, from the first notes of Zach Harkins’ more nuanced and fluid fretwork, to the more measured and restrained performance of drummer Stephen Schrock, this change has been a long time coming. And just as their earlier, harsher work felt like a natural and honest form of expression back then, so does this more patient and poignant approach feel just as natural and honest right now.

One Response to “CAVERN: “POWDERED””