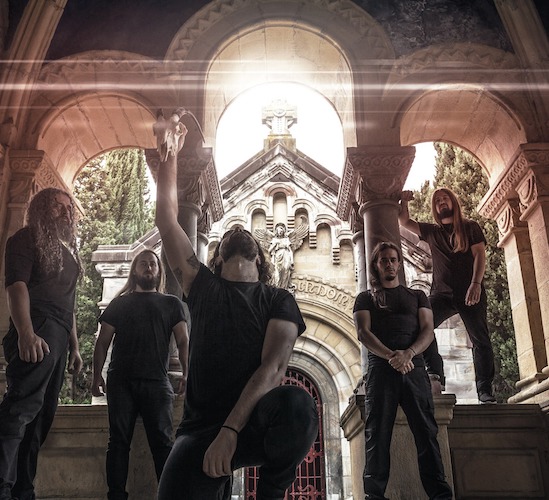 Hex is a relatively new band from Bilbao, Basque Country, as it was started about eight years ago, but the band’s core is built by gents who have years of experience playing heavy music behind them. For example Hex’ vocalist Jonathan Pernía García started in the brutal death act Forensick back in 2001 and guitarist Adolfo Cantoya aka Drake did some thrash with Beer Mosh and From The Cross in the early ’90s. Together they’ve strode the path of death-doom since 2012, but it took five more years to record a new album after their debut full-length Deadly Sin (2014).

And so God Has No Name was released almost a year ago by Transcending Obscurity Records, but why not revisit this album together with Adolfo today?

Hi Adolfo! How are you? How is it in Bilbao today? Have you passed the quarantine?

Hi, everybody is ok so far, we can’t wait to see this situation coming to an end soon.

Hex was formed in 2012, what united you back then? How did you form the concept of Hex?

Hex was born as a solo studio project to roll out some songs I had written back then. One day I decided to record those songs using additional help for the voices. This fact gave rise to something more serious and solid, and this is the way Hex became a band. 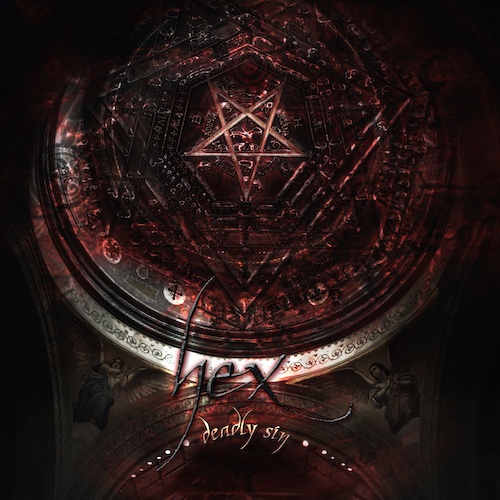 Your debut album contains seven songs dedicated to the seven deadly sins. How do you see this theme? What did you aim to express through the songs?

The initial idea was to make an album with a touch of irony, criticizing the seven deadly sins and pointing at the Christian believers as truly sinners. If you want to have a religion, that is fine to me but you should always practice what you preach and not only from time to time.

It seems you’ve returned to Christian themes on your second album God Has No Name — does it serve as a continuation of Deadly Sin?

In fact, God Has No Name is oriented to any kind of religion: Christianity, Islam, Hinduism, and so on. All of them are a hindrance for humanity and they should be removed. We all have seen the number of stupid things done by religious people in this pandemic. All these voices from the beginning of the album refer to all the brainwashing religions. 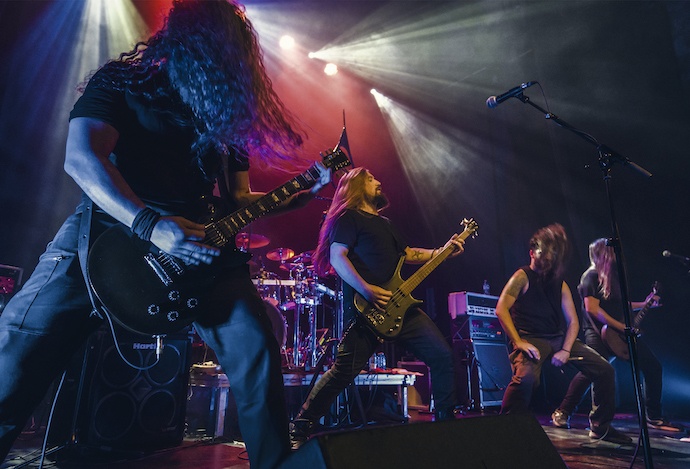 What’s your attitude towards the Church and Christianity?

I have never understood the point of it. I studied in a Catholic School and I remember one day some things started to seem incoherent to me. I can understand that someone has the need to believe in a superior being to have some answers for uncompleted questions, ok, but I cannot understand people going against science or considering male chauvinist attitudes as fair. These kinds of problems are an inspiration to create that dark atmosphere in HeX’s world.

How often did you face the Church’s hypocrisy in your life? Were there times when you did believe?

Constantly, until I finished school. I remember being there and having from time to time someone visiting us wearing a soutane and talking to us about how important was their religious task and how wonderful Christian faith was in order to recruit us. At the beginning you believe all these things because you don’t know any other alternative, and these ideas get stuck in your mind as the acceptable ones. It’s like planting bad weeds in a fruitful land, they grow with no control. If in that moment we would have been told to worship a winged coffee-machine, we had to do it.

Some bands use the image of the Devil as an opposition to Church. Why don’t you use it in Hex? Is atheism your choice?

If I believed in the Devil as opposition, by force I should believe there is a God, and this would be against all that I have learned. Visually we can add a demonic figure to Hex’s music, but only with the purpose of displaying the incomprehension, the alternative, the darkness, not ever as something we believe in. We don’t believe in any deity.

By the way, a lot of bands plays songs about pestilence, apocalypse, death in general, etc. Did the situation with Covid change your attitude towards metal and the way you play it with Hex?

The Arts and Culture world is right now hanging by a thread. Imagine then, the underground music scene… I can assure you it is in a bad position. Regarding me, I have concluded some songs and I have had time to do some things related to the band. I am eager to display all the these new ideas, but probably they will be released in 2021. 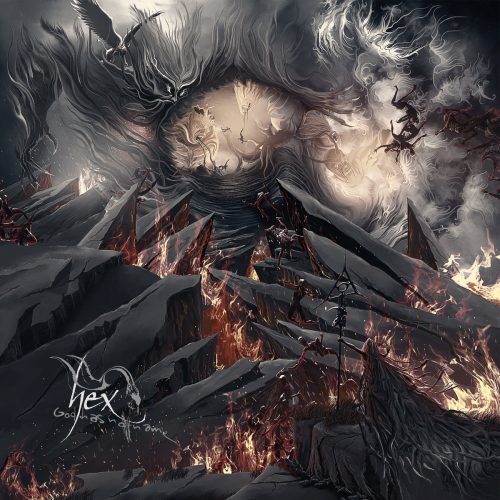 Listening to God Has No Name I always catch myself thinking how eagerly you skip from doom to death-oriented parts. And it seems to be a Southern style, as I think bands in your region tend to a faster and more extreme side of this genre. What do you think?

The bands here in the Basque Country are very talented, and in some ways quite extreme, that is true. But I wouldn’t say it is Southern to do a death/doom mixture, it’s simply the style where we like to remain because our influences are in these two kinds of metal genred. We really enjoy playing in a mid-tempo way, as we feel very free to speed up or down depending on the moment.

What are your death metal influences?

Bolt Thrower, Gorefest, Runemagick, and Sulphur Aeon are maybe our biggest influences, although other bands such as Paradise Lost or Pallbearer are there as well. 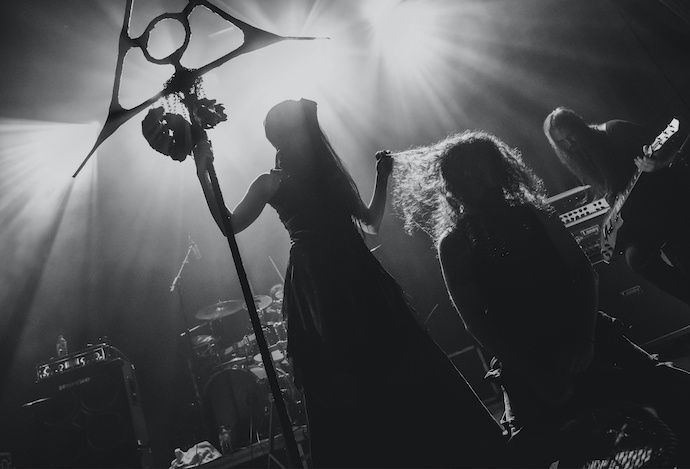 How much of Bilbao is in Hex? Would you say that people may catch your national identity in your songs?

Currently all the members of the band live in the Bilbao area, but I am not sure if our sound could be identified from one place or another. It is not our intention anyways.

What kind of goals did you set before you entered the studio in order to record God Has No Name? Did you have a plan about how to surpass Deadly Sin?

Of course, because everything changed from the moment the band became established with all the members. The Deadly Sin era was a period with few ambitions, whereas for God has no Name we wanted to give the best of ourselves. It wasn’t easy though. Any band knows how difficult it can be to record an album in a studio with little time. We decided to record everything with neither reamps nor plug-ins, nor midi drums, in order to recover that dirty sound from the ’90s. Egur.rec Studios made the recording and Tristán Iñiguez in Auryn Studios made the mix and the mastering. Both studios understood perfectly what we wanted and needed, and we are grateful for it and proud of the outcome.

Hex is on Transcending Obscurity Records, a proper label who releases some of best doom death bands (and more) nowadays. But labels usually can’t help bands with gigs. How do you solve this problem?

Are you satisfied with this situation? I start to think that the scene is overcrowded and this fact puts bands in almost equal conditions, with not many options to play abroad for example.

The existence of lots of bands is not a problem at all. Time is the judge here, time selects which bands have something to tell to the world. If 10 years ago you released a good album, I am sure that in 10 years from now that album will remain.

Your music has an old-school touch and reminds a bit about the ’90s, when the scene seemed to be wilder and people were more enthusiastic considering gigs. Do you see prospects of Hex touring or a more intensive live schedule in the future?

We have a gig this year with the Portuguese black metal band Gaerea, and a tour with Master for 2021. Beyond this, nothing is planned yet. I agree with you about the ’90s — in those years people used to be more fervent in the gigs. I have a lot of good memories from the ’90s. As a fun fact, I can say I went as a member of the public to a gig in Bilbao with Pungent Stench and Master. If in that very moment someone had told me one day I would be in a tour with Master I would have laughed out loud. 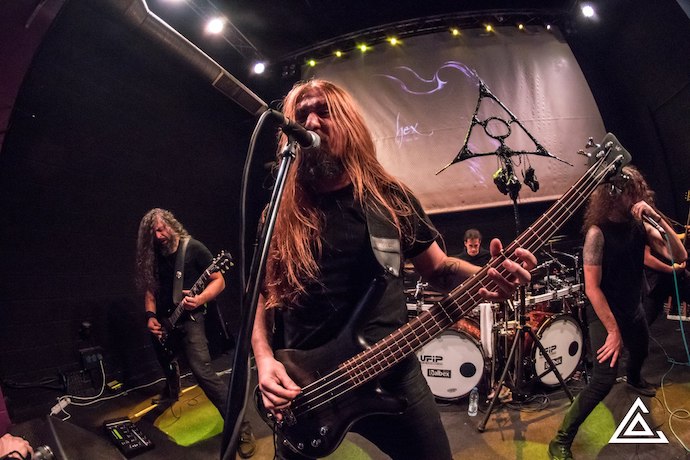 God Has No Name was released one year ago. What are your plans concerning a third album? Do you already have some ideas?

We are already getting the stuff ready. Since the moment we ended up recording God has no Name, we were thinking and setting new ideas. We know we are not very active in our social network, but I can assure it is because we are focused in the band. We are working all the time, always immersed in new ideas, writing new stuff, and rehearsing for the gigs.

Can you reveal a few ideas you keep for the next album?

We hope 2021 starts up strong and ends up even better. Let’s see what we’ll come across.

Thanks for the interview Adolfo! I hope we’ll have an opportunity to discuss Hex’ new album soon!

Thanks to you guys, it’s been a pleasure!