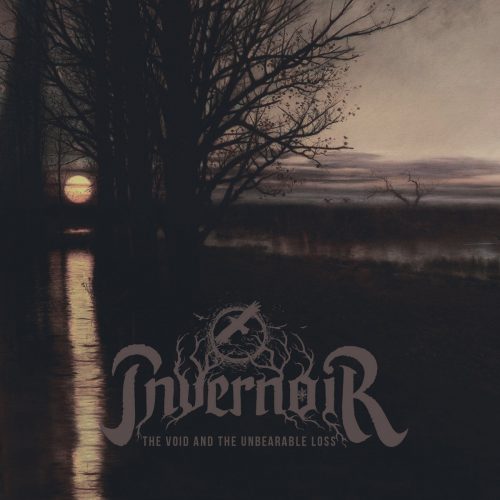 As we all continue to struggle through the disturbing tremors and ruinous upheavals of this plague year, it becomes almost second-nature to view art of all kinds through the lens of this experience. That urge is irresistible in the case of “Suspended Alive“, the song we’re premiering today, through an evocative video, from the Roman doom/death band Invernoir’s debut album The Void and the Unbearable Loss. It does seem like this strange time has suspended life, as well as taken it, leaving us to wonder when a decent life will resume and what it will look like when (if?) that happens.

Even more than the title of the song, the music itself creates moods of uneasiness and longing, of turbulence and loss — a sense of grasping at memories while waiting for life to resume, but with an ominous sense that those are all gone forever and that the idea of moving forward is a fool’s dream. 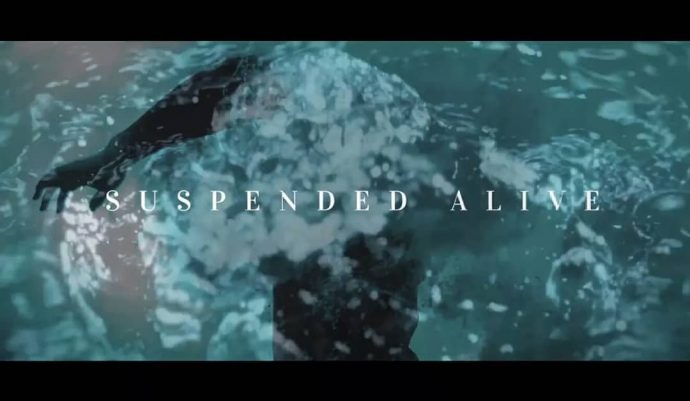 To be clear, these are just one person’s interpretation of the sensations in “Suspended Alive“, and may have nothing to do with what inspired Invernoir in writing it. You may get something else out of it. What seems almost guaranteed, however, is that the song won’t leave you as it found you, because it’s a mood-altering experience of unusual power, and an intensely memorable one too.

Lilting crystalline notes play a vital role in the song, as does the clarity of Lorenzo Carlini‘s singing voice. They carry the spark of life, glinting with mystery, but the sound is also forlorn (as well as beautiful). There’s a spark in the song’s mid-paced rocking beats and throbbing bass tones too, the spark that enlivens a listener’s reflexes and will get heads and feet and legs moving.

On the other hand, the song is also immensely heavy, heavy enough to jolt the senses hard when the abrasive, chugging riff takes command. And Alessandro Sforza‘s harsh vocals are skin-shivering in their shrieking intensity. The song also slows to a funeral pace, accompanied by spoken words and terrifyingly tormented screams, as well as the awful anguish of moaning chords and weeping guitar leads, confronting the listener with the possibility of utter abandonment and hopelessness, or the exhaustion of desire to find a way forward.

All these sensations and movements combine in a way that’s heart-breaking. As mentioned above, the song is also intensely memorable, the kind of music that replays itself in your head, unbidden but unbreakable in the strength of its grip.

The accompanying video is also an intriguing experience, portraying the protagonist wandering alone through a deserted, crumbling building and tumbling slowly beneath turbulent waters. It’s a very effective partner for the music; it was directed by Adhiira Art. 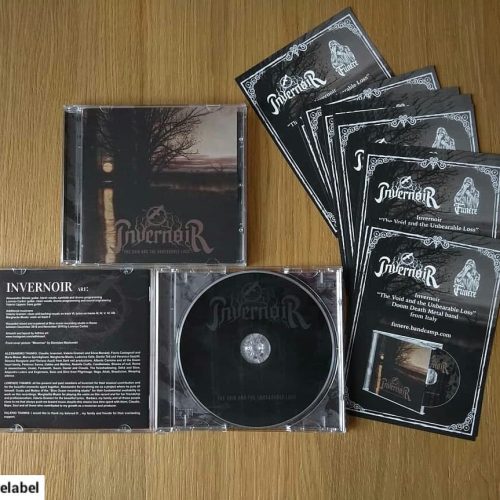 The Void and the Unbearable Loss will be co-released on October 9th by Funere and BadMoodMan Music (a division of the Russian doom label Solitude Productions). It represents a big advance over Invernoir’s debut EP, though that EP by itself demonstrated an already-mature ability to compose and perform staggeringly heavy doom that soaks the listener in cold tears and puts the chill of death into the bones — while also creating an aura of spectral beauty.

The album can be ordered now in a jewel-case CD edition with an 8-page booklet (limited to 500 copies). It will no doubt appeal to fans of My Dying Bride, Anathema, Katatonia, and Paradise Lost.