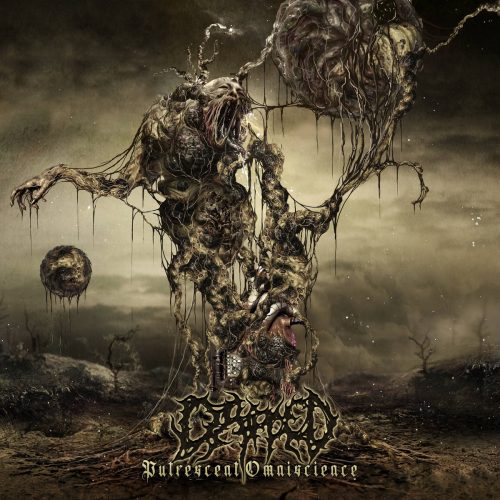 (Here’s Vonlughlio’s review of the debut EP by Dripped, which was released in August by Ungodly Ruins Productions.)

So it’s been a while since I’ve done a small review, but life (work and family) has taken a lot of my time, not leaving much to do something I like (writing and promoting music) but overall can’t complain. Anyway, I’m taking the opportunity now to talk about a new project called Dripped (Australia/Ukraine) that was formed back in 2019 with members of Corpseflesh, Septik Piggery, and Cranial Osteotomy.

The band signed to Ungodly Ruins Productions and this past August released their debut EP, Putrescent Omniscience, which consists of six songs that introduce what this new project has to offer — and I have to say that I am loving these 15 minutes of pure force with no fillers. This is an EP that just blew me away at first listen and should get more recognition in the scene. 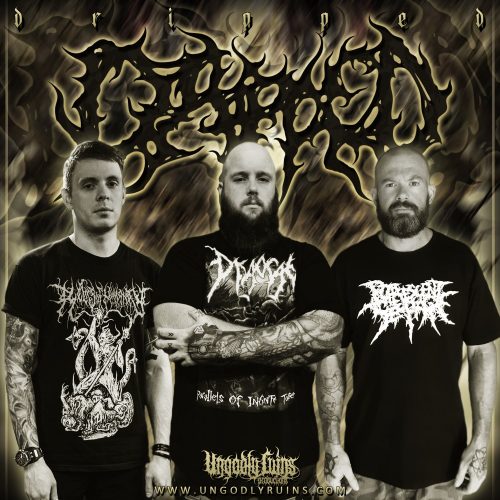 Once I hit play and listened to it once, I hit replay right away, and it has been on my playlist ever since.  The natural/organic production is something that I appreciate quite a bit since it lets the guitars/bass/drums be the heroes in this effort, and not overshadow each other.  The guitars/bass were handled by Ewza Lambert and the riffs are a driving force that sets up everything in motion in this ride. Along with the blast-beats from Vlad Melnik, they are a match that works perfectly — the man can sure play fast, and with precise execution.

One more thing to mention are the vocals and how good they are, and how perfectly they fit with what happens within the structures of the songs. I always point out how important it is that the vocals need to fit with the music, and this is no exception.  I like how everything melts together in the final product. This is a strong debut for the band, and to be honest, the only complaint I have is that it’s not a full-length, but that really is the only one. Anyways, this is a new band that I am excited about and can’t wait to see what the future holds for them.

The musicians who are involved in this, have other projects that I suggest you also check out if you have the opportunity. These guys are top-notch in what they do and should get more recognition for their contributions.  Below, I am leaving the Bandcamp stream so you can listen to the EP in full:

One Response to “DRIPPED: “PUTRESCENT OMNISCIENCE””