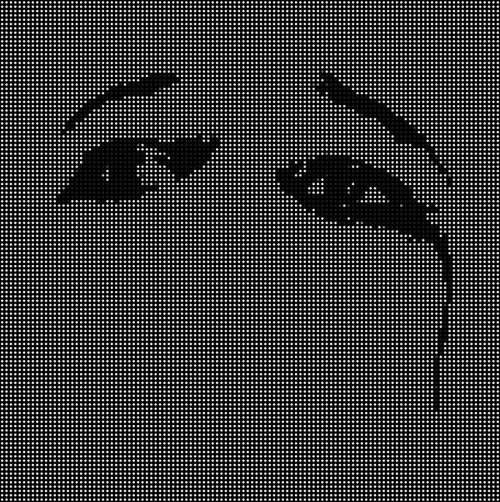 Think of it as my attempt to restore some balance to the force, as it were. 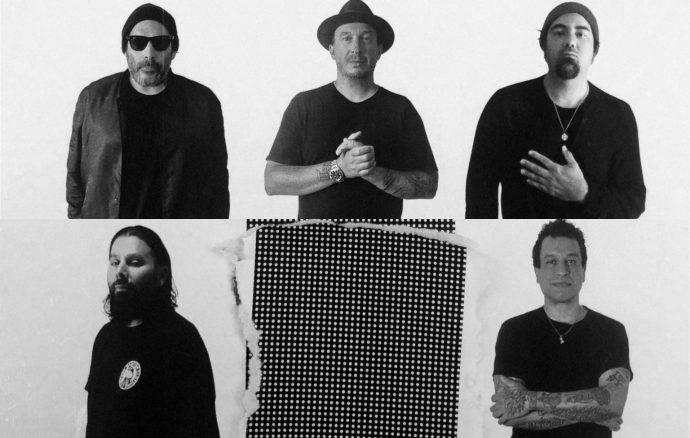 That’s right, I’m a Deftones fan. Although I’m not a Deftones fanboy. Or a fanatic. I don’t think they’re perfect (Gore was a snoozefest, Saturday Night Wrist was mediocre, and Adrenaline has not aged particularly well). And I’m not about to declare this “Album of the Year” like some people have after only hearing it once.

But there’s a solid reason for that, and it’s not necessarily the one you might think.

Quite simply, it’s pretty obvious, right from the start, that Ohms is more of a grower than a shower. Don’t get me wrong, I can totally see how people might be getting swept up in the big riffs, banging rhythms, and Blade Runner-esque atmosphere of opener “Genesis” (it’s a hell of a way to kick things off after all), but it’s still premature to translate all that early enthusiasm into “OMG, BEST ALBUM EVER!” style hype.

There’s a lot of stuff here, for example, that might not seem to fit together quite right on first listen, but which starts to make sense after a couple more spins of the record. In fact I’d say that the album as a whole – despite the occasional bombastic moment – is actually a bit of a slow-burner, and I wouldn’t be surprised if a lot of those early hypemongers begin to lose interest over time, while those who were more cautious with their praise start to find even more to love as the days go by.

That being said, I’m going to go out on a limb here and say that Ohms is unlikely to ever challenge the dominance of White Pony, Diamond Eyes, and Koi No Yokan in the band’s back-catalogue, simply because (and I hate to be the one to say this) the band don’t always feel quite as cohesive as they did on those records (Moreno and Carpenter in particular sometimes seem like they’re going for totally/tonally different vibes, which – like pretty much any modern-day Nicholas Cage film – sometimes produces unexpected magic, and sometimes threatens to derail the entire production).

On the other hand (and I apologise for all the cognitive whiplash here, but it really is that sort of record) there’s a run of tracks right in the middle of the record – from the live-wire mega-grooves of “Error” and the ambient heaviness of “The Spell of Mathematics” (which might well be the album’s best track) through the prowling riffs and pensive romanticism of “Pompeji” and the simmering tension and skittering rhythms of “This Link is Dead” – that simply cannot, and I want to stress the word cannot, be fucked with, not on the first listen, or on the tenth, and it’s in moments like these where Ohmms truly shines.

So, yeah, don’t believe the hype. But do give this one the time and attention it deserves. It’s all the more rewarding when you do.

Ah, Enslaved. The band that can do no wrong. Or, at least, that’s the impression you might get from some of the absolutely fawning reviews that have already come out for this one, many of which read suspiciously like they were written before even hearing the album (here’s a tip: never trust a 10/10 review – it’s almost always just a desperate cry for attention/validation).

Truth be told, although Enslaved are one of my all-time favourite bands (in fact they might just be my most listened-to artist, I haven’t checked the stats in a while) they’re just as capable of the occasional misstep as everyone else.

Riitiir, for example, may be one of my favourite albums, but I can still admit there’s one or two tracks that are straight up “filler”. And, as I think most of us would agree, In Times was the sound of a band simply treading water (although “One Thousand Years of Rain” is still fantastic).

The fact of the matter is that, regardless of what you might have seen/heard elsewhere, the band’s fifteenth(!) album is a bit of a mixed bag – sometimes fascinating, sometimes frustrating, occasionally phenomenal – which seems, to me at least, to find the band stuck in a transitional form.

What do I mean by that?

Well, quite frankly, much of Utgard can’t seem to decide whether it wants to push things in an even proggier direction – as epitomised by the almost radio-friendly, Pink Floyd-esque “Sequence”, the electrifying, Post-Punk undercurrent of “Urjotun”, or the dreamlike melodicism of closer “Distant Seasons” – or stay the course and keep pumping out fiery, yet familiar, variants on the band’s signature Space-Viking sound (“Jettegryta”, “Flight of Thought and Memory”, “Storms of Utgard”).

Heck, at times the band even try doing both at once, with invariably mixed results (opener “Fires in the Dark”, for example, is a fun, but messy, attempt to both return to the band’s roots and move boldly forward, while “Homebound” is a more successful fusion of both the old and the new).

That doesn’t mean, of course, that the band aren’t capable of doing all these things very well indeed.

“Sequence”, “Homebound”, Urjotun”, and “Storms of Utgard” in particular are all fantastic songs, which only get better, and deeper, the more you listen to them (here’s another tip: don’t just focus on the rugged riffs and soaring cleans this time around, but pay just as much attention to the subtle, spacey synth work too if you really want to get the best out of the album).

But Utgard would undoubtedly be a better, and stronger, record if it didn’t feel like the band were being pulled in so many different directions without being sure of which way they wanted to go.

Still, I’d say that Enslaved have never done a “bad” album, and that streak is still alive today, as although Utgard isn’t their best, or most consistent, release, it’s one that may well prove pivotal in laying the groundwork for the next stage of the band’s career, while also providing some killer tunes of its own too. 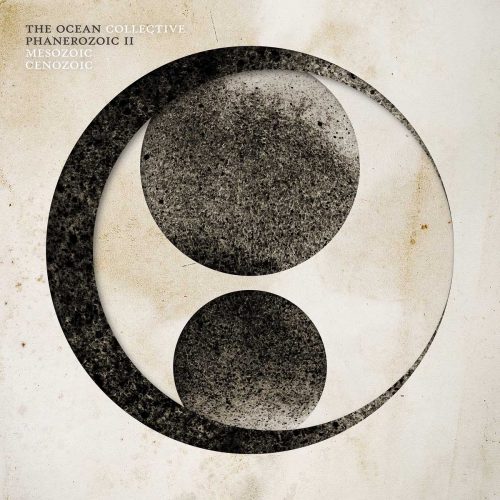 Let me start by saying… I haven’t truly loved an album by The Ocean since Precambrian.

That’s no comment on the band’s quality, ability, or creativity. It just that those early Prog-Sludge-meets-Post-Hardcore albums (Fluxion, Aeolian, Precambrian) connect with me on a more intimate, visceral, and personal, level, than anything which came after.

But that doesn’t mean I don’t appreciate the band’s post-Precambrian material.

As a matter of fact, although I think that Pelagial was a tad overrated (though still great), I’m one of the few people who will go to bat for the -centric albums, as while both are undeniably flawed, and serve as a snapshot of a band struggling to (re)define their sound and find their feet again after a major upheaval, there’s still a lot of extremely good songwriting and raw emotion scattered across both records.

This, I think, is particularly relevant right now, as the general vibe and overall feel of the Phanerozoic records (the second of which is out today, and which I’m going to focus on here), makes it seem like the band are attempting, on some level, to (re)capture what they were trying to achieve with Heliocentric/Anthropocentric.

Now, if you’ll recall, I was a little more critical of Phanerozoic I than DGR was, feeling like it had a little more filler than such a short record could afford (another way in which it reminded me of Heliocentric).

But I’m pleased to be able to be much more positive about Phanerozoic II, which kicks off with the proggy slow-burn of “Triassic” – all intricate melodic fretwork, lithe bass-lines, and simmering atmosphere, building, exponentially, towards an impressively cathartic eruption – and then proceeds to remind you just why The Ocean are one of the most vital and creative voices in the whole Prog/Sludge/Post-Metal scene.

That’s not to say it’s a perfect album by any means. For one thing, I’m not entirely convinced by the decision to put “Eocene” and “Oligocene” back to back right in the middle of the record, as the pairing of the two somewhat saps the album of its momentum, and – although I’m probably going to catch some flack for this – I honestly feel like Jonas Renske’s appearance during “Jurassic | Cretaceous” is more of a distraction than anything… after all, his delivery is just so distinctive that it can’t help but make it feel like “The Ocean does Katatonia”, and ends up marring the otherwise immersive feeling of the track (I felt the same way about his appearance on the previous album too).

Still, when all the pieces line up properly this is one album that really hits home, especially in its back half, where the fantastic final run of “Miocene | Pliocene”, “Pleistocene”, and “Holocene” strikes a sweet spot somewhere between doomy trip-hop, soul-crushing sludge, and prog-tastic melodic grandeur that never fails to engage, surprise, and impress in equal measure.

So while Phanerozoic II may not be the band’s best album or, as it’s been billed in some places, their “heaviest and most aggressive release” (it’s not, although it is probably the heaviest of the Rossetti-era, and it’s always a pleasure to hear Paul Seidel cut loose behind the kit), it’s still a very rewarding listen, especially during its quieter, calmer parts, where you can really appreciate just how much thought and care and effort the band put into their craft.