Wonderful cover art on this one, credited to the band’s sole instrumental performer on this release, Viktor Jonas, based on the original artwork “Grappling for the Lost Cable” (ca. 1866) by Robert Charles Dudley. It’s for a single called The Shipbreaker’s Song, with a B-side track named “The Sunken Place“. And yes, our own Andy Synn wrote the lyrics and performed the vocals on these two songs.

The title song is likely to lull most listeners into a dark reverie, one that’s haunted by ghosts, but it becomes a shaggy lumbering beast too. The grieving lament is beautifully sad, and the crystalline guitars create a wonderful spell, while the jagged chords and low, moaning leads generate a looming, ominous shadow. The changing moods of the song also give Andy a chance to express a wide range of vocals, from cavernous death growls to harrowing shrieks and soaring song.

The B-side track has its own mesmerizing ingredients, chiefly in glimmering celestial accents and sorrowful piano notes, but its mood seems even more distraught, with fevered tremolo chords and darting bass tones creating a sense of pain and desperation, amplified by Andy‘s tapestry of growls, snarls, and screams.

The Shipbreaker’s Song was released on September 25th, and you can pick it up for a song on Bandcamp. 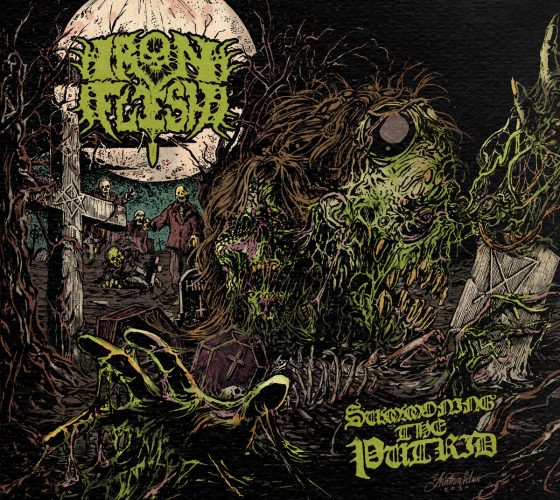 Next up is “Relinquished Flesh“, the first advance track off the forthcoming second album by these French death merchants, and what a menacing and mauling monster it is.

With vocals in full-on attack mode, the song packs a brutish, skull-splitting punch, coupled with rampaging cruelty.  The maniacally vibrating riffage and screaming leads channel berserker chaos, and when the changing drum rhythms finally hit blasting gear, it’s an exhilarating feeling of savage mayhem that comes through. Further accented by bits of ghoulish melody, the song is also as gruesome and supernatural in its atmosphere as the cover art

The name of the album is Summoning the Putrid, and it’s set for release on November 27th. 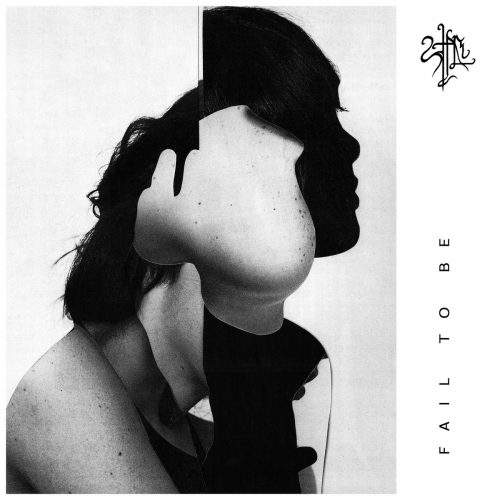 It’s reported that my friend Andy was a hardcore kid when he was wetter behind the ears, and so it wasn’t an unexpected turn when he recommended “Shards of Heaven“, which arrived late last week in the company of a music video directed by Cameron Nunez.

There’s very little in the song that’s heavenly. Instead, it’s a clobbering, cleaving, discordant burst of rage. Slugging harder than a heavyweight, and with brazen, bruising riffs and braying, red-eyed vocals in the mix, as well as eruptions of freakishly dissonant guitar noise and machine-gun violence, the song is borderline unhinged — but also methodical in the beating it administers. And man, the drumming is worth the price of admission all by itself.

There is one segment when the music just simmers while the rhythm section take a crowbar to the back of your neck.  But in the main, this is the kind of music that leaves you feeling beaten, broken,  bonkers — and electrified.

The song comes from Fail To Be, a new album by this Florida band that will be released by Good Fight Music on December 11th. I quite like the cover art, it makes a memorable impression, and it’s credited to Jesse Draxler. 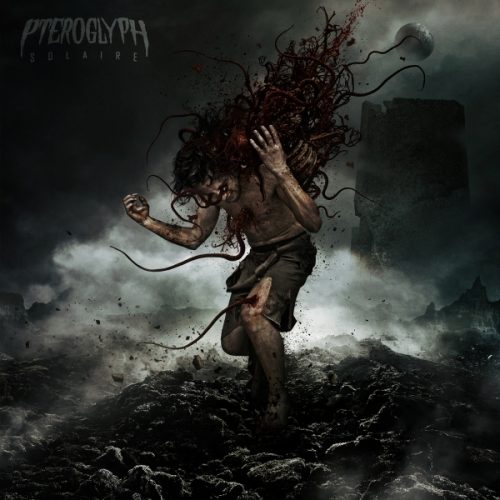 The last of Andy’s suggestions for this round-up is a new music video for “Solaire“, which is the first single and the title track to a new album by the Leeds-based Pteroglyph. I probably could dispense with my own thoughts and just leave you with these from Pteroglyph’s mastermind Jimmy MacGregor:

“The lyrical theme for the song is an introduction into the hopelessness of a dying post global disaster earth, a cheery number that dwells in the desperation and anger that this would bring. Tight and persistent guitar driven rhythms are the backdrop to a swelling and building landscape of audio violence that culminates in some neck snappingly dangerous riffs!”

I’ll add that this song makes a fine follow-on to that Yashira track. It’s also a full-throttle, adrenaline-fueled rampage that marries jolting, bone-smashing punch to vicious, cutting and pulsing riffing and rabid vocal hostility, which almost sounds like singing when MacGregor pitches his voice up into the rafters, as the song itself pitches upward into near-anthemic melody. But man, the main takeaway is the sheer explosiveness of the track, and the pavement-cracking impact of its grooves.

Solaire is due for release on November 6th via Blood Blast.