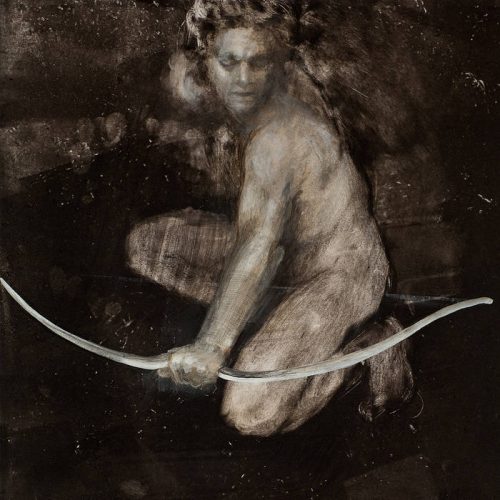 (Andy Synn introduces our premiere of “Wind and Fog” from the new third album by the U.S. black metal band Serpent Column — and reviews the album — in advance of its September 30 release by Mystiskaos and Iron Bonehead.)

“All human plans [are] subject to ruthless revision by Nature, or Fate, or whatever one prefers to call the powers behind the Universe.”

This was made eminently clear to me when, in preparation for this month’s edition of The Synn Report, I enquired as to whether we’d received a promo copy for the new Serpent Column album Kathodos.

Dutiful as ever, Islander reached out to the band’s label, who responded that they generally don’t do advance promo copies but, if we were really that interested in the band, they’d make an exception in our case… oh, and would we mind hosting an exclusive and unannounced last minute premiere at the same time?

Talk about an offer you can’t refuse… 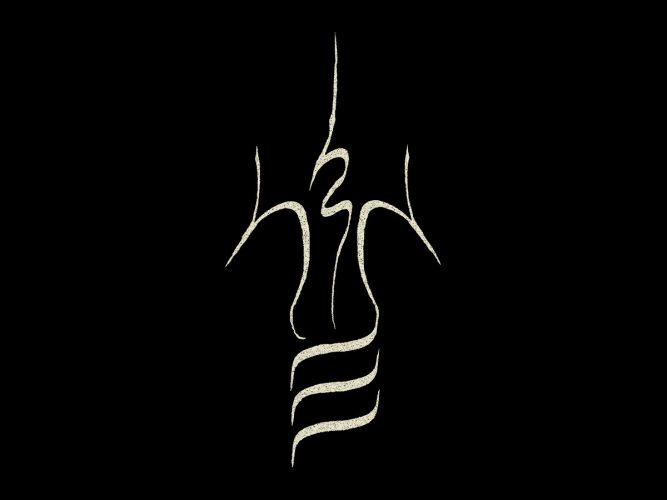 For those of you unfamiliar with Serpent Column their music has frequently, and understandably, seen them referred to as the USA’s answer to Deathspell Omega.

And while it’s true that the two bands do share a similarly discordant and divergent vibe, this comparison ultimately fails to tell the whole story, as it would also be true to say that records like 2019’s Mirror In Darkness and this year’s harrowingly abrasive Endless Detainment EP owe just as much, if not more, to the coruscating, chaotic noise-core of bands like Botch and Converge as they do to the fearsome fury of the Black Metal scene.

That being said, it’s still impossible to deny that Kathodos is a Black Metal album at its core, albeit one which operates right out there on the fringes of the movement, in a place where all the boundaries and distinctions between genres begin to break down and collapse.

Opener “Departure of Splinters” begins in media res, feeling more like an ending than a beginning, at least at first, before settling into an undulating, unsettling groove that steadily, as the song progresses, contorts itself into ever more uncomfortable, uncompromising, and unorthodox shapes, while still maintaining this strange (and strained) central thread of disordered (dis)harmony.

The title track then builds upon this with a blend of tangled technicality and mangled melody which recalls the similarly avant-garde angularity of Krallice, albeit with a much punkier overall vibe, while the  eerie (mostly ambient) strains of “Night of Absence” serve mainly as a bridge into the propulsive, panic-inducing Blackened Grind assault of “Dereliction”, which constantly upends and upsets your expectations with one manic, mind-melting twist after the next.

Truth be told, Kathodos is an album full of surprises, even to someone as well versed in the band’s back catalogue as I am (and it’s not as if they were ever particularly predictable before now).

The best advice I can offer, really, is to expect the unexpected, and don’t think for one second that just because the soothing melodic sounds of “Seinsverlassenheit” give you room to breathe that the band won’t immediately induce a dose of cognitive whiplash with the raucous riffs and (deliriously catchy) technical twists of “Splinters of Departure”, or that the febrile chaos-core of “Offering of Tongues” won’t in turn give way to the desultory, anti-climactic denouement of “Desertification”.

But what about “Wind and Fog”, the song which kicked off this whole turn of events?

At a tight, taut, and tension-fuelled three minutes in length (give or take a second or two), it delivers the sort of stripped-down yet artistically ambitious assault on the senses that deviant French quartet Plebeian Grandstand were once the undisputed masters of, equal parts Punk and Metal, aggression and atmosphere, and trying to pin it down to just one particular style is like trying to arm wrestle a nest of vipers.

The more that I think about it, the more I realise that this latter metaphor, odd though it may be, actually holds true for the entire album as a whole.

For while Kathodos, in several places at least, is a notably more melodic and sinuous album than its predecessors, it remains just as difficult to grab a hold of, and the tighter you try to grip and constrain it, the more it contrives to slither out of your grasp.

Kathodos will be released tomorrow, and you will then be able to order it at the Bandcamp location linked below. At that same location, or further below, you can listen to another song from the album, “Dereliction“):

5 Responses to “AN NCS PREMIERE: SERPENT COLUMN – “WIND AND FOG” (AND A REVIEW OF “KATHODOS”)”