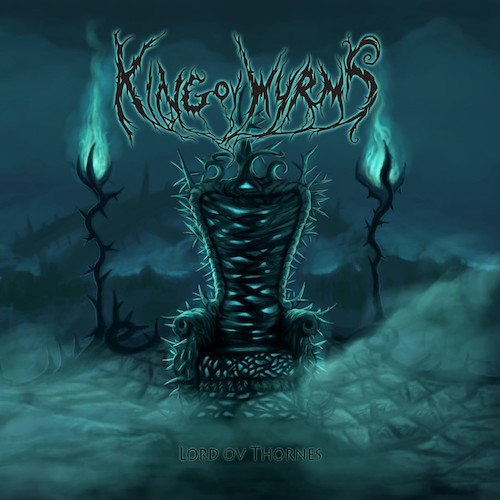 King Ov Wyrms is the solo project of Tuscon musician Michael Sanchez, a vehicle that he developed apart from his main band (Pain Patterns) beginning in 2015 as a way of delving more deeply into more extreme forms of sonic aggression, drawing influence from classic death and black metal acts of the late ’80s and early ’90s, including such venerated names as Morbid Angel, Bloodbath, Enthroned, Vader, and Dark Funeral. As he has explained about King Ov Wyrms‘ forthcoming debut album:

“Lord Ov Thornes is an album that to me attempts to bridge a gap between the earliest forms of death and black to a more modern approach of metal production, almost like taking Morbid Angel’s Formulas Fatal To The Flesh and mashing it with Sulphur Aeons’ Gateway To The Antisphere. These brutal compositions that have been in the works for several years are finally ready to surface from their grim depths and inspire a new wave of death metallers.”

King Ov Wyrms has already released a first single from the new album (“Threnody“), and today we’re helping spread the word about a second one — “Thorne Bearer“. 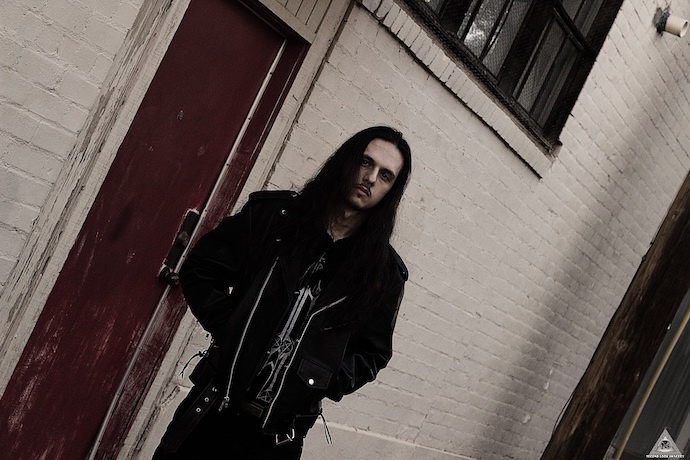 About this newest song, Sanchez tells us (with a passing reference to another album track, “The Maggots That Crawled From the Wounds”):

“’Thorne Bearer‘ is more or less the quick concept of ‘Maggots’, an almost sequel and climax to the song structure and lyrical concept of rejecting faith and becoming your own ‘God’. There really isn’t too much about this song other than the blunt directness of the lyrics and the almost chaotic structure of the music to symbolize that hatred I felt towards religion.”

Fury does indeed radiate from the music in violent waves. The song takes flight through rapid-fire drum battery and deep, dismal, heaving tremolo’d riffing that climbs and flares in manifestations of madness and misery, and squalls in blasts of vicious, mauling cruelty. Sanchez contributes his own vocals to the melee, venting horrid growls and scorching screams, which add to the music’s enraged and ferocious striking power.

The song’s urgent pace never relents, but the drum patterns morph, as do the riffs, which feverishly squirm and flail as well as jolt and jar in savage, pulsing fashion. The jet-fueled energy and barbarous intensity of the music are both intense and captivating, and they’re joined in the red zone by sensations of rage and maniacal menace.

Lord Ov Thornes will be released on November 20th, 2020, and it also features lyrical themes encompassing the occult, and a deep love for Lovecraftian horror. Both “Thorne Bearer” and “Threnody” are available now as stand-alone singles on Bandcamp (and are also on Spotify and YouTube):