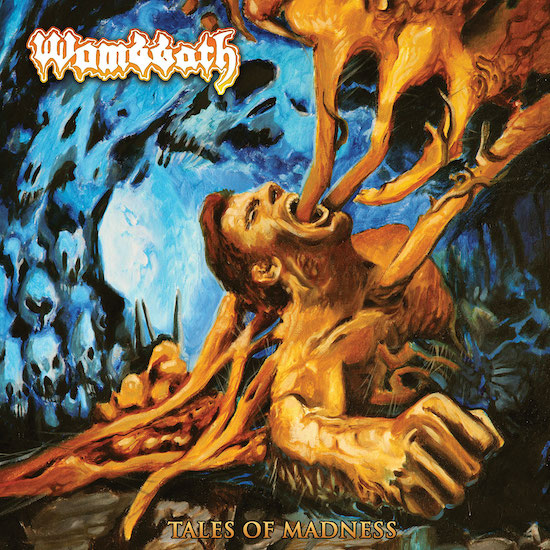 Few bands this year, or in any year, can celebrate the 30th anniversary of their inception. Sweden’s Wombbath is one of those rarities, having come into being in the ancient year of 1990. Like many bands, including the few extreme metal bands who still survive from that era, Wombbath did not have an unbroken path to the present. But following an extended hiatus that began not long after the release of their 1993 debut album Internal Caustic Torments, they made a tremendous return with 2015’s Downfall Rising and have been on a tear ever since then. The Great Desolation followed in 2018, and on December 18th of this waning year Transcending Obscurity Records will release a new Wombbath full-length entitled Tales of Madness. The band announced the new record with these words:

“We are proud to announce this very special release. 2020 marks 30 years since the birth of the band, and with this release we cement those 30 years with a retrospective look at our history, all dressed in what makes up Wombbath right now. Through pauses and style changes the core of Wombbath has always been death metal, and this release marks both the past and the future of our legacy!”

We could not be happier to premiere the first single fro the new album today, a seductive sonic slaughterer named “The Fleshly Existence of Man“. 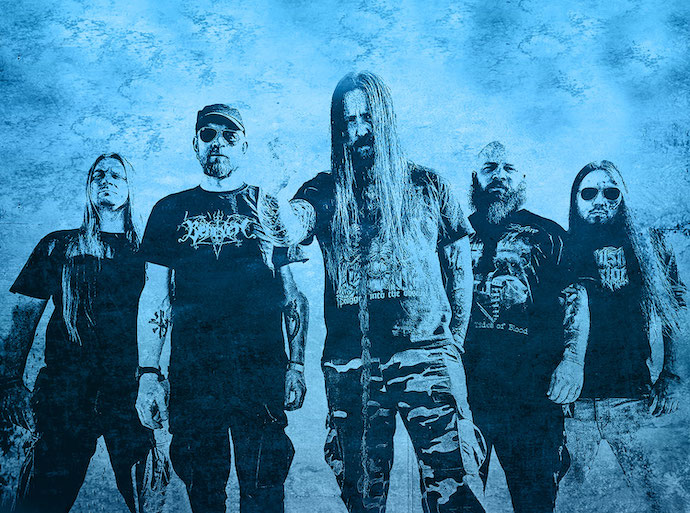 There have been a few line-up changes in Wombbath since the last album, though founding guitarist, vocalist, and riff machine Håkan Stuvemark (Pale King) is still at the helm along with lead vocalist Jonny Pettersson (Heads For The Dead, Henry Kane, Gods Forsaken). On the new album they’re joined by Thomas Von Wachenfeldt (guitars, lead guitar, violin, vocals), drummer Jon Rudin (Just Before Dawn), and bassist Matthew Davidson (Repulsive Vision).

As revealed in the announcement quoted above, the new record includes completely re-recorded songs from Wombbath‘s early years as well as brand new material representing their current sound, and “The Fleshly Existence of Man” is one of the new ones. But if you’re expecting some kind of trend-chasing music, perish the thought. This is Wombbath, after all.

Immediately, the song hits like an explosive fireball, with a surging rhythm providing the pulse-pounding propulsion and meat-grinding riffage furnishing the brutal barbarity, while a wild and weirdly wonderful lead gives the music a shimmering supernatural cast. The song’s rampaging attack grows even more ferocious when Jonny Patterson‘s monster growls appear, and the band also interject bouts of pile-driving thuggery.

But the song is not without its unexpected twists and turns, including a sudden digression in which ethereal, celestial tones waft across a different kind of bass-and-drum interplay, and the melancholy melody that plays out as the band resume a jackhammering attack is otherworldly. That exotic melody re-surfaces in morphing variations as the band continue their attack of mauling and mangling belligerence, and while the track’s punishing destructiveness will sumptuously feed death metal addicts who are hungry for destruction, it’s those strange and yet soulful melodies that may hang around your mind the longest in the immediate aftermath.

It’s certainly an intriguing herald for this new album, and leaves us anxious to discover not only the rest of the new songs but also what Wombbath have done with the tracks they’ve resurrected from the early years., 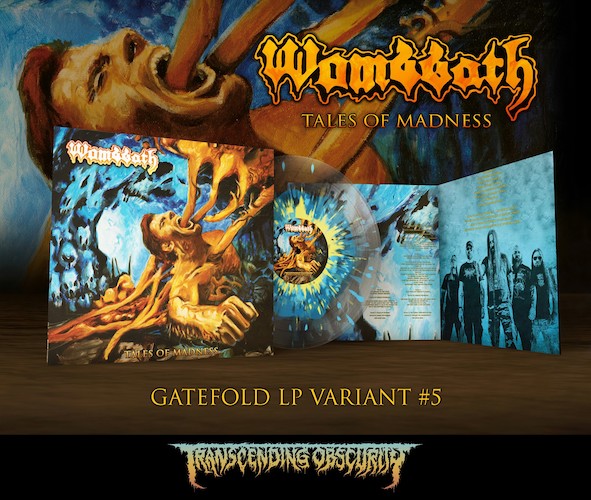 Tales of Madness features striking cover art by SV Bell (Amorphis, Kataklysm). As usual, Transcending Obscurity will be releasing the album in a wide variety of editions. There will be wooden box sets and a full range of merch, in addition to physical releases on all formats with five color variants for the vinyl LP edition. Pre-orders will be available soon via the first group of links below.