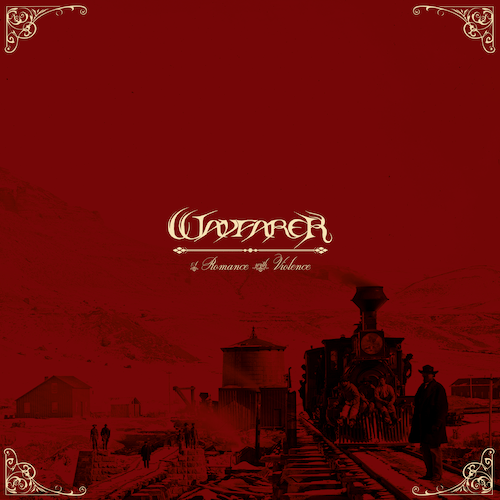 (Here’s Gonzo’s imaginative review of the new album by Colorado’s Wayfarer, which was released last week by Profound Lore Records.)

In this writer’s humble opinion, there are two hallmarks of truly breathtaking music: 1) It gets better with every listen, and 2) it elucidates vivid imagery when listening to it with your eyes closed.

There are, of course, other criteria for evaluating the quality of music, but when talking about A Romance with Violence, the newest dust-covered output from Denver post-black metal crew Wayfarer, those two items are the perfect place to start. 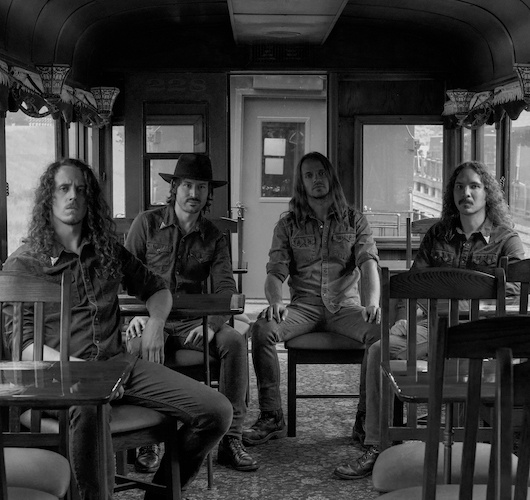 This album unfolds like a movie, and that’s probably part of the intent. The opening dirge of “The Curtain Pulls Back” is a soundtrack to walking into a rough saloon in the Old West. It sets a decisively spaghetti-western tone for what’s to come, and one could be forgiven for not remembering that this is a metal album you’re listening to.

Fortunately, the rest of the album is more than happy to remind you of that. If “The Curtain Pulls Back” was playing as you walked into the saloon, “The Crimson Rider” would start playing just as you noticed it was full of bloodthirsty demons who look at you the way Jack Nicholson looks at basically everything in The Shining. You can almost see the dust devils kicking up outside as you ponder your escape. You don’t want to make any sudden moves. Paralyzed with fear, you sit casually with your whiskey, trying to look unafraid, but failing. The demonic clientele can smell fear.

Then, you see your out. Your horse is outside, and you know you’re fast enough to clear leather and shoot the ghoulish motherfucker sitting next to you and get to the door. That’s when “The Iron Horse” kicks in – you make your escape to a blazing soundtrack of buzzsaw riffs, acerbic blast beats and Jamie Hansen’s ferocious bellow. You gallop, not looking back, even as you feel the bullets whizzing past your head, almost grazing your hat. You could swear you feel something warm behind you, almost like fire. You don’t look back.

As “The Iron Horse” fades, its tempestuous crescendo rising like a threatening sandstorm in the distance, you see a cave ahead. You think you’ve lost them, but you’re not sure what you’re even dealing with. Breathing easier, you get off your horse and walk to the cave’s entrance. You’re not sure what’s inside, but you can’t risk being seen by whatever the hell’s chasing you. Cue “Fire & Gold,” an album highlight that broods with uncertainty and tension.

It’s getting dark. You cautiously enter the cave, and it’s pitch-black inside. Not wanting to stray too far from what little daylight remains, you reluctantly settle in for the night and get some rest.

After barely falling asleep for what may have been an hour or a minute, you hear something coming from the cave that chills you to the bone. A howling. Something is down there, in the darkness, and it knows you’re in its house. 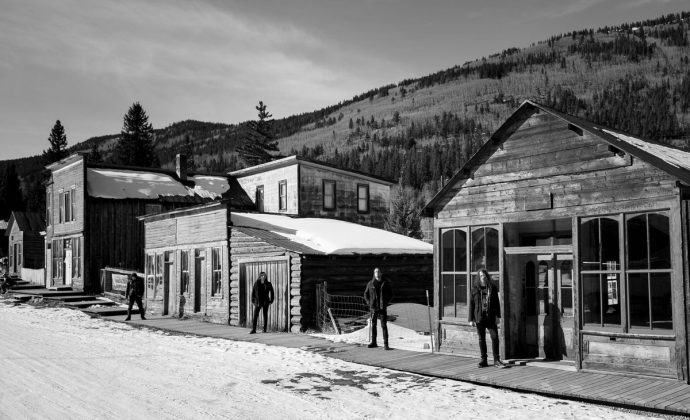 “Masquerade of the Gunslingers” is your soundtrack to escaping the cavernous hell you’ve stumbled into. The album’s centerpiece of songwriting, it radiates with fury and heaviness. Its 10 minutes takes you on a trip that’s almost as unpredictable as how your escape from hell is going to end.

Once you’re back on your horse, you ride like you’ve seen a ghost. Your vision gets blurry. There’s smoke in your eyes. What kind of hell have you stumbled into?

You turn your head just enough to see a glimpse of something – it’s blood-red, and big. The hair on the back of your neck stands up as you ride straight into the night. You don’t stop riding for what feels like hours. Exhausted with a fried nervous system, you see a town way off in the distance, beyond the mountains ahead. “Intermission” begins as you make a desperate attempt to get there before they find you. One of the album’s two instrumental pieces, you get the feeling it’s setting you up for the grand finale.

You ride into town, and immediately, something feels off. You might just be paranoid by now, but you’re feeling watched. As soon as you realize this, your stomach sinks when you see a person walking alone through the town’s main street. His eyes are red. He’s taller than a human could ever be. It’s not human, whatever it is, and this isn’t the only one of them in this town.

This time, though, you see him before he sees you.

“Vaudeville,” the closing track on A Romance with Violence, unfolds like a rollercoaster – lively percussion starts things off, rolling into a desperado acoustic transition with mournful clean vocals. Its second half erupts out of the speakers, just as you’re realizing there’s nowhere else to run. This is where you make your last stand, and you’ll be damned if you’re not going down swinging.

This is the vivid imagery Wayfarer have created with A Romance with Violence. The band have built on their impressive back catalog to craft an album that’s everything they’ve aspired to be since their inception in 2011. Grab your headphones, plug in, and lose yourself to this glorious apocalyptic soundtrack.

2 Responses to “WAYFARER: “A ROMANCE WITH VIOLENCE””