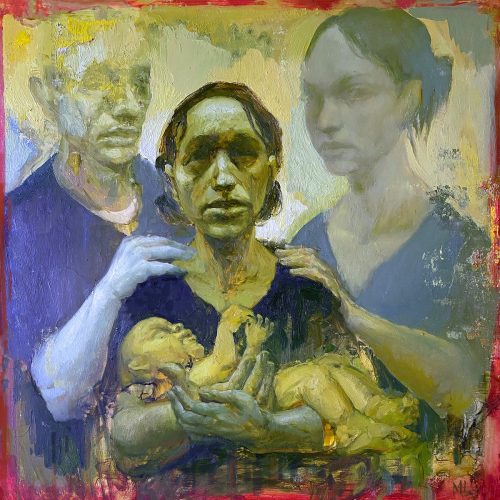 (This is Wil Cifer‘s review of the new album by Pallbearer, which is being released today by Nuclear Blast.)

“This is going to be our heaviest album yet” or “We just wanted to strip things down and get back to our roots” are stock answers for many metal bands when asked about their next records. So much so they have become tropes. Yet that is what has happened on Pallbearer’s fourth album, which is their first for Nuclear Blast.

The title track that opens the album is even more Sabbathy than anything from Sorrow and Extinction, which of the three previous albums has the most in common with this one. Some of this is due to the rawer production. The vocals are mixed to sit back more in the guitars, bringing out the heft of the guitars. 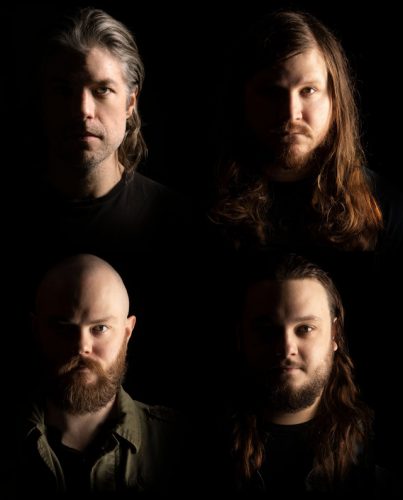 Before we go any further let me insist that you listen to this album with headphones. The guitars really enfold you when doing so. I found myself waiting for the shoegazing and prog wandering to come, but it never did. It is almost weird to hear them playing within the confines of traditional doom after they have wandered from it on the last two albums. There are some moments of cleaner guitar tones here and there, but nothing really goes to the sonic spaces they went on Heartless except for a middle section in the opening title track and the last song.

It was clear by the third song “Stasis” that this is going to be a heavier album than Heartless. Some of the signatures to their sound that have endured over the years are still in place, like the angular puzzle of churning riffs. Brett Campbell‘s voice is more confident rising over the colossal wall of fuzzed-out guitars. The 12-minute “Silver Wings” is a lot to fully absorb even after the second listen. It starts off as more of a jam before dropping down to a pace closer to what we have come to think of as funeral doom. The drums however have a lot going on.

The most gripping moment of heaviness on this album is the mighty chug of “The Quicksand of Existing”, but the heaviness does not stop there. They pound at you going into “Vengeance & Ruination”. Campbell’s vocals continue to sell me on what at times might be typical metal riffs, but his choice of melodies shine them into something greater. The effects on vocals moving into “Rite of Passage” are wisely chosen, giving them an edge to what is otherwise just straight-up heavy metal. However, if you are going to play straight-forward heavy metal that gives a nod to the classics, this is the way to do it. Incredibly well done.

As I mentioned earlier, they veer in a more Heartless direction on the last song, “Caledonia”. This is felt in the more relaxed vocal tone used on the verses. It provides a needed dynamic shift. While there have been synths coloring the corners of the songs, they are more noticeable here.

If you were on the fence with these guys in the first place and like your doom more tinged with death metal, then this album is not going to sway you in their favor. However if you are a fan of the first album who was not able to hang on when they expanded their sound beyond what most consider doom, then this album is going to be the return to sounds that will once again leave your ears ringing. It took me a little getting used to on this return, but after a couple of listens this album has continued to grow on me in the best ways possible. With the end of the world looming more every day, I welcome all the doom I can get.

One Response to “PALLBEARER: “FORGOTTEN DAYS””