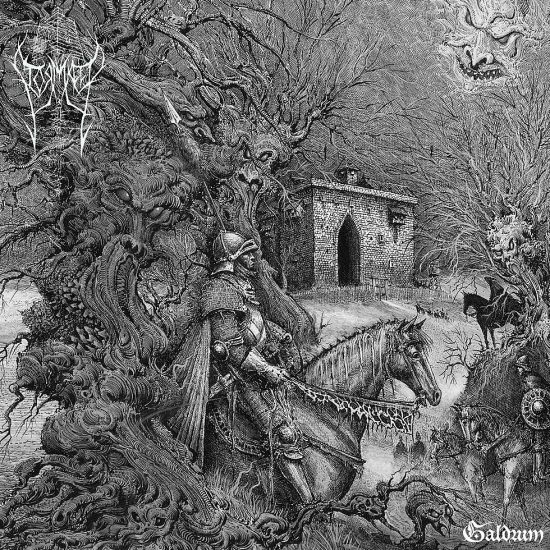 I spent a joyful day yesterday, though I was rooted in front of the TV instead of listening to metal. But the good feeling carried over into this morning as I began listening to things, and in rapid succession found music that just seemed to fit together beautifully for this column. The arc of sounds as I’ve arranged them here was almost exactly the sequence in which I heard them, and I’ve kept it that way even though not everything here qualifies as black metal.

What made the experience even more thrilling was that five of the seven bands here were new to my ears (some of the music comes from debut releases).

I don’t have to spend a lot of time formulating words to describe Stormkeep’s “Glass Caverns Of Dragon Kings“, because Jon Rosenthal did his usual excellent job in writing about it when Invisible Oranges premiered the track two days ago: 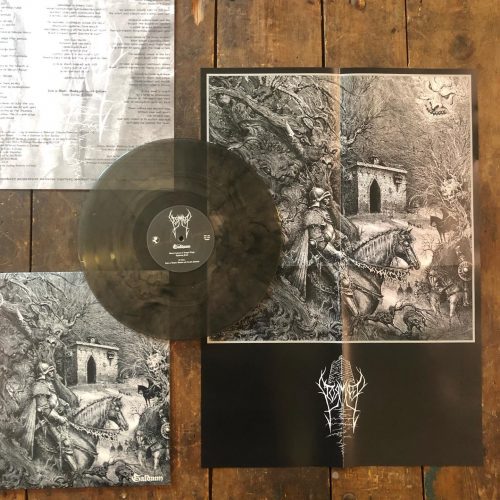 “With picturesque sound and epic gait, Colorado’s Stormkeep’s (which features a member from your favorite new death metal band) approach to black metal is classic, but revitalized. Through spidery, melodic dual-guitar riffing and oozing, atmospheric keys, Stormkeep’s take on ‘melodic black metal meets dungeon synth’ casts off the pretenders who lazily mash a casio above riffless rawness — there is effort to be found here. Carefully crafted in the shape of the old Austrian masters, Stormkeep’s debut MLP Galdrum is a tasteful anachronism for the cold days to come. Let the leaves fall and listen….”

I found the song simply glorious. It puts a thrill into the winter chill, with a sublime medieval-styled acoustic interlude and a mesmerizing synth-led outro to augment the feeling of being transported back to a lost age, or a mythic one. And it’s the kind of song that’s not just exhilarating to hear as it unfolds, it stays with you, and is capable of reviving that feeling of being transported to a magical, regal realm every time you hear it.

The EP, Galdrum, is set for release on November 20th via Ván Records, with preorders opening November 11th. The wonderful cover art is by Ian Miller. 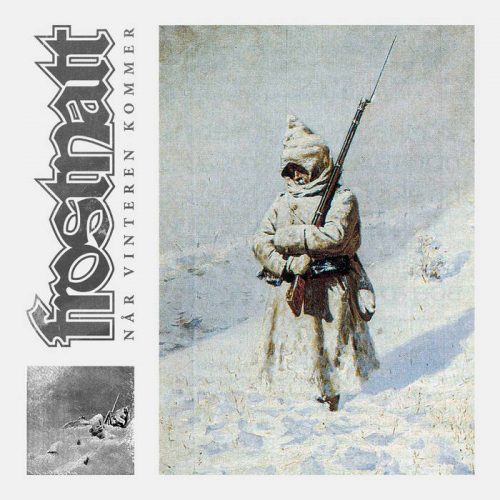 This next EP, Når Vinteren Kommer, seems perfectly positioned to follow Stormkeep’s song, because it also has a mythical/medieval atmosphere perhaps best described as fantastical.

The music is often a spirited gallop, with swirling riffs and glittering synths that both mesmerize and carry your rushing steed off the ground, pounding its hooves up into shining clouds. The title track and “Nordavind” are prime examples of those spellbinding and electrifying sensations. If you’re not moved by them, even an ER may not be able to revive your cold, dead heart.

The third track, “Den Mørke Skogen” begins in similar fashion, but gradually transforms, ebbing into a spirit that’s despondent, but no less grand — a portrayal of heart-piercing tragedy on an epic scale. To close the EP, both “Iskald” and “Snøfall” create riveting yet haunting moods of tension and peril — but again, their sweeping nature is such that it feels as if we’ve become witnesses to the unfolding of an old saga set in snow-covered climes.

The EP is the latest release from the one-man Russian band Frostnatt, whose alter ego is Alex Evensen. The cover image was created by Den Svarte Skogen Design from artwork entitled “Everything is calm on Shipka” by Vasily Vereshchagin. 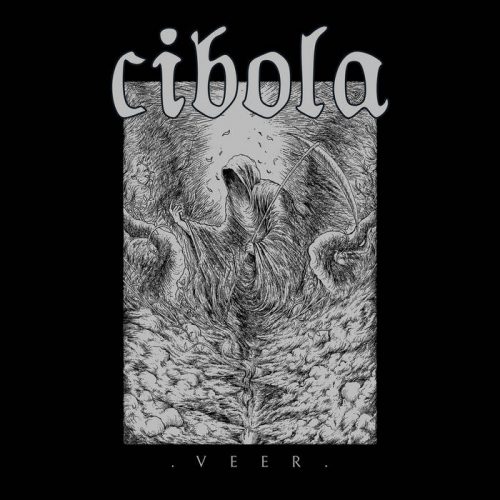 The next song, “Veer“, was released on October 30th by the Swedish band Cibola. Cibola‘s music intertwines a variety of styles, and although black metal isn’t near the top of the list, I thought the song would still fit very well here.

“Veer” is a thrusting, battering, swaggering, and soaring rush of sound — fiery and ferocious, hammering and hurtling, exhilarating and expansive. It’s magnificent, even when the surging energy relents and the mood darkens. The fast chugging sequence which follows that detour will get your whole body moving, just in time to be carried aloft by soloing fireworks, and the vocal combination of bestial growls and heroic singing works very well. The note I made to myself as I listened the first time was this: “It causes the blood to rush and the heart to swell”.

“Veer” is from a forthcoming EP named Downfall, and I’ve included a lyric video for the song as well as the Bandcamp stream. 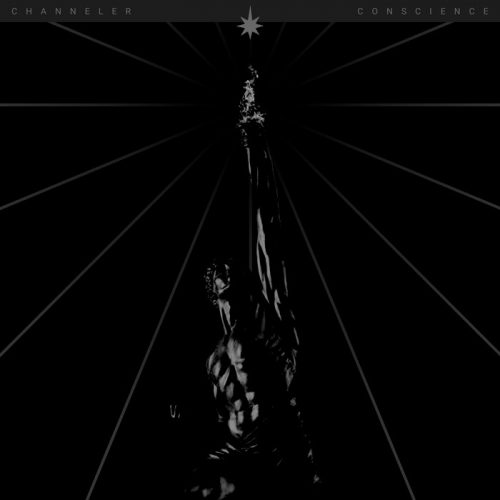 Purely by chance this next EP (Conscience), which is the debut release of the Greek one-man band Channeler — seemed beautifully in keeping with some of the moods established by the music of the first three bands in this collection, but it also shifts the mood in shivering fashion.

There’s a larger-than-life quality in the sweeping and eminent scale of the music, but it also doesn’t take long for the opening track to put a deep chill on the skin. It’s disturbing, otherworldly, and seemingly laced with poison, but the crystalline riffing rises and hypnotizes, eventually joined by reverent choral singing rather than the acid rasps that come earlier. And thus that opening track creates feelings not only of unnerving frightfulness but also of celestial (or perhaps infernal) wonder, and it includes a wonderfully scary outro.

Three more tracks follow that arresting first song, and they are equally gripping, the kind of music that creates terrors in spellbinding fashion, portraying fear, desolation, hopelessness, and ferocious rage on a grand stage, like a Faustian pageant. There is indeed a dramatically theatrical quality about the music, perhaps most pronounced in the second track, which includes echoing spoken words and monastic choirs, haunting ambience and storming turmoil.

And all four tracks introduce different elements, such as the deep bowing tones that create a chill at the outset of the third track — before it explodes in a paroxysm of pain and despair, sinks into shattering anguish, and races toward oblivion. At the end, the final track re-creates that atmosphere of celestial wonder and reverence, though it unfolds like a funeral mass, stately and spellbinding but suffused by the weight of tremendous loss. 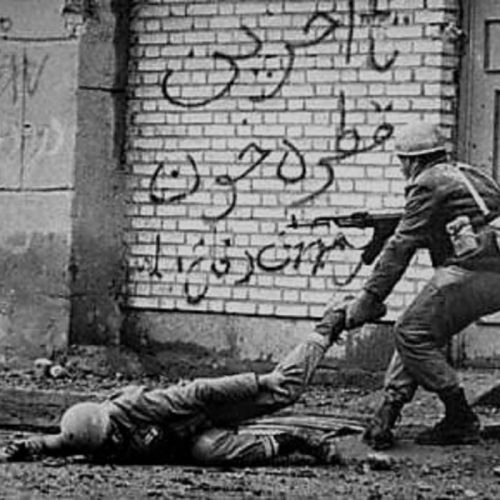 Those of you who have frequented our site for years will recognize the name اکوان (Akvan), whose music I’ve followed closely because it has been so consistently fine. On November 6th, Akvan released three new songs to Bandcamp, and they are the next three tracks in today’s collection.

As Akvan explains, the first song, “حلبچه / Halabja“, is from an upcoming album entitled City of Blood / خونین شهر. It was “inspired by the horrific events that took place on March 16, 1988 in the Kurdish city of Halabja, Iraq during the final days of the Iran-Iraq war”. Akvan further explains: “The opening lyrics, ‘come and see’, allude to director Elem Klimov‘s eponymous masterpiece, which captures the horrors of war with an unsettling and harrowing realism very few filmmakers have been able to capture. The lyrics ‘a silent city’ are a nod to the stunningly beautiful collaboration album by the legendary Kayhan Kalhor and Brooklyn Rider, whose title track also serves as a requiem for the events that took place on that dark day in Halabja.”

“Halabja” is a remarkable song. It’s thunderous in its rhythmic power, the vocals are harrowing in their intensity, and there is great emotional intensity in the vibrant trilling riffs — which also exert tremendous magnetic attraction. The song blazes almost from start to finish, but there’s also an unmistakable sense of sorrow in those charismatic guitar melodies. I felt compelled to listen to the song repeatedly because of the compelling nature of the riffing, even though I knew the music would keep sending my heart in a downward spiral.

The next two songs come from a two-song EP named Soraya / ثریا. Both of them are spellbinding. The sadness of the title track is even more pronounced than that of “Halabja”, but channeled in a different way. An instrumental piece, it brings together classically influenced acoustic harmonies. Both of the instruments (and maybe more than two?) ring and reverberate in truly haunting, heart-breaking fashion.

The second song, “Le Palais des solitudes“, dwells in the same mesmerizing domain of dolor as the preceding one. To my Western ears, it sounds more exotic (which is to say, more like I would imagine the traditional music of Persia to sound, though I hasten to add that I don’t know much more about the traditional music of Persia than I do about how to design a cyclotron). Fascinating music, albeit streaked with tears. 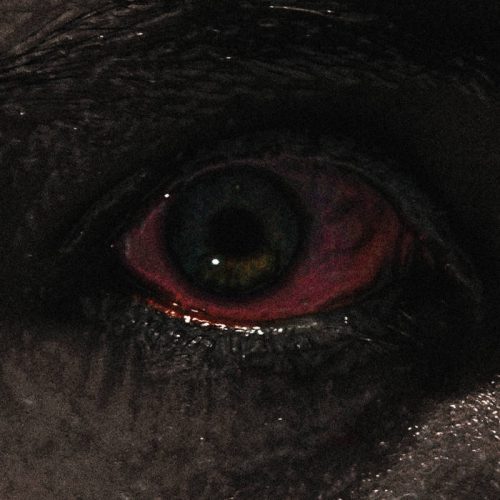 I decided to tear my myself away from the thread of the first five bands in this collection, or perhaps instead I’m just following the descending arc of that thread even deeper into an abyss. And so the next song is bestial and brutish, mangling and mauling, eerie and unnerving. But the hammering snare and the flickering leads prove to be pulse-stirring, just as the monstrous roars, the crocodile growls, and the cruel, turgid riffing aim to crush the soul and strike fear in the heart. Authentically black-hearted and scary black/death straight from nether realms across the Styx….

The song is “The Proclamation“, and it’s the title track to an EP by this German band that seems to have been independently released in 2019, but which will now be re-released on vinyl, tape, and digitally by Sentient Ruin on December 4th. 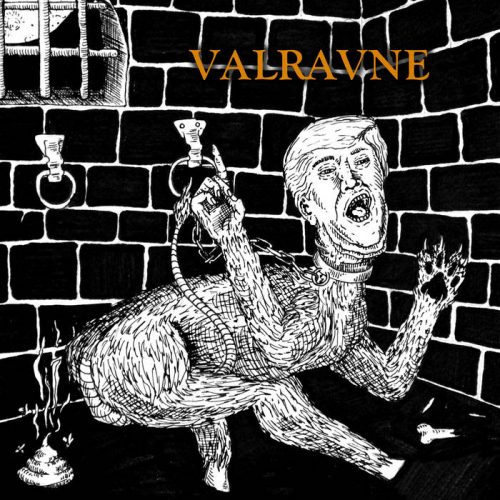 Because it is the weekend that it is, I can’t resist closing this collection with this new song from North Carolina’s Valravne. I think you will quickly understand why I chose it. Its title is “It Howls, Cornered, Wounded, Dying“. If you’re sad or pissed about the election result, you might want to just skip this one (even though it’s really good).

This track will snap at your neck and slug you in the gut, and the vocals will come for your throat in a blood-lusting rage, but the chords are glorious — they sound almost like trumpet blasts, heralding a great victory. Eventually, the drum-blasting begins and the riffing bursts into a conflagration of sound — frenzied and flailing, super-heated and savage — but it’s still a glorious audio whirlwind. At the end, the music again soars and blares, hammers and jolts, and we have the thrill of victory once more.