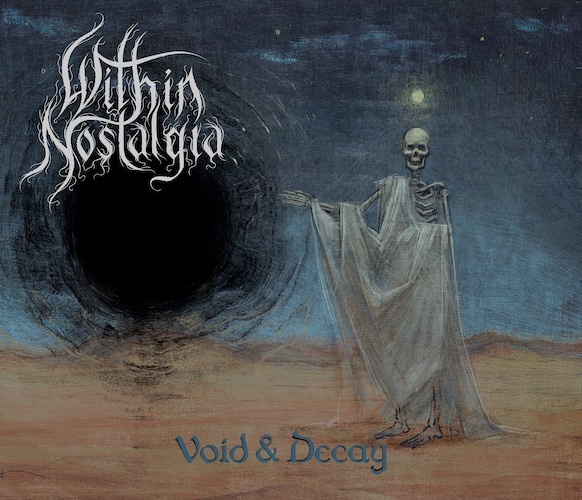 Void & Decay is the forthcoming second album by the Canadian band Within Nostalgia from North Bay, Ontario. Since the release of the first album, the band has down-sized to become a duo, combining the talents of Alyssa Broere (Rhythm Guitar/ Bass/ Vocals/ Drum Programming) and Kye Bell (Lead Guitar/ Bass/ Drum Programming). In addition to the changed line-up, fans of the band will discover that the music has morphed as well, and as represented on the new album it resists easy classification. The song we’re premiering today (through an official video) proves that, and it also proves what powerfully good songwriters Within Nostalgia have become.

That song, “Desideratum“, closes the album in stirring fashion, and both the song and the video connect as well with the themes of the album as a whole. As the band explain, “Void and Decay portrays the two extremes; the void is the destined path of our society whereas the decay represents the result of the chaos in the world we live in. The lyrics come from a personal expression that encompasses many forms of emotion and observation as well as relating these things to nature. The inspiration comes from self-reflection and the reflection of the world around us, turning negative events and emotions into something relatable.” 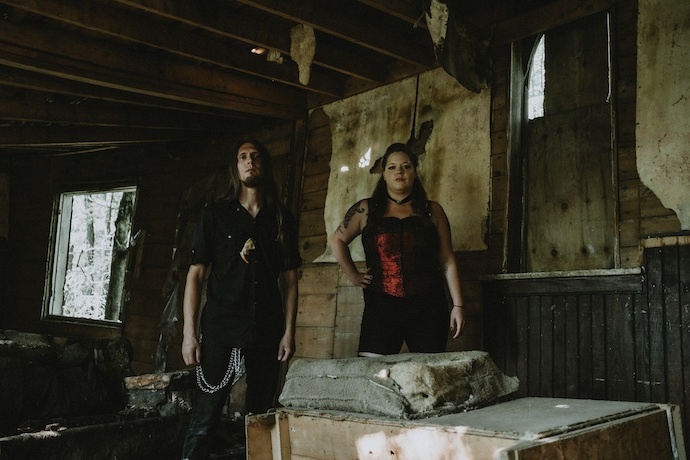 “Desideratum” encompasses a variety of both moods and musical styles. Its rhythmic propulsion is viscerally compelling and its hook-laden melodies are both evocative and memorable.

The slow guitar harmony that begins the song is moody and introspective, perhaps even mournful in its feeling, and the sadness in those opening moments remains a continuing presence. But the song channels a range of other emotions as well. That downcast introduction unfolds into a glistening melody that sparkles over a head-moving drum-and-bass rhythm. The song then surges into a thundering gallop and a gale of abrading riffage, as a harsh voice recites the lyrics in scalding, tortured tones that rise into shrieks.

As the song moves forward, it becomes fiery and forlorn, feverish and yearning. It captures turmoil as well as sorrow, and hints at hopefulness too. The instrumental harmonies through which these moods are translated are gripping, and they burrow into the head, while the rhythms maintain a strong grip themselves.

We’ll leave you to your own devices to figure out what genre labels make the most sense to you, but it’s not for naught that the album is recommended for fans of Woods Of Ypres, Agalloch, My Dying Bride, Nachtmystium, and Enslaved. With respect to this one song, the band explain: “Desideratum means something that is needed or wanted and lyrically it relates to the current state of society with the pandemic and that things like this are necessary to teach us a lesson and to depopulate for the better of the earth.”

The video reflects these inspirations in its montage of people assaulting both other people and nature itself, each transgression a stab in the heart.

Void & Decay will be released on December 18th on all digital platforms. It was produced by Within Nostalgia and Dave Strba of Chainsaw Media (who handled the mixing and the mastering). The eye-catching cover art was made by Darina Muravjeva.