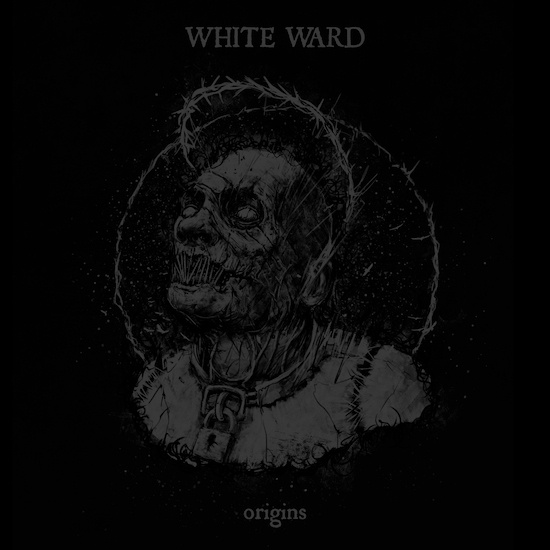 The distinctive Ukrainian band White Ward should need no introduction to our regular visitors, or for that matter to any attentive and adventurous metalheads. Their 2017 debut album Futility Report (which we premiered and reviewed here) introduced many new listeners to the band’s ingenious, genre-splicing musical alchemy and immediately put them on the global metal map. Two years later their second album, Love Exchange Failure, only solidified their reputation as an unpredictable but completely beguiling musical force.

To borrow the words of our own Andy Synn from his review of that most recent album, it presents an “unusual mix of biting riffs, moody jazz inflections and neo-noirish vibes that purposefully eschews the more ‘traditional’ aspects of Black Metal – the nature worship, the rustic spirituality – in favour of a sound that’s distinctly urban in both tone and texture, all neon and glass and cold concrete”.

“It’s the soundtrack to the world outside your window, a world of digital prophets and ephemeral profits, social media sirens and vicarious virtual violence. A world where what we put in no longer equals what we get out. Where what we give no longer balances what we take. A world on the brink of total Love Exchange Failure.”

But those two remarkable albums were not White Ward‘s first creations. Those were preceded by a sequence of shorter works that began in 2012 with the release of their first demo. Many of those earlier works were collected in an album-length compilation named Origins that the band digitally self-released in 2016. But now Debemur Morti Productions, who released the band’s two albums mentioned above, will also be releasing a physical edition of Origins on January 22, 2021. 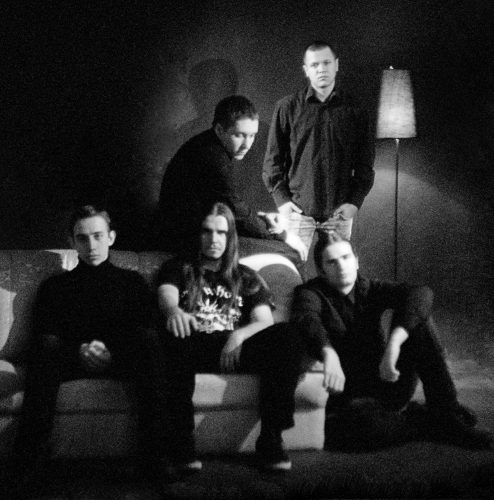 This new edition of Origins begins with a re-recorded version of “Walls” from the 2012 EP Illusions, and was the first song that White Ward ever composed. The compilation also includes songs from White Ward‘s 2014 split with Silence of the Old Man and Sauroctonos; tracks from the band’s 2014 Riptide EP; and songs from their 2012 debut EP Illusions.

Today we’re presenting a stream of “Inhale My Despair“, which was one of the band’s two tracks from that three-way split in 2014, along with an interview of White Ward composer/guitarist Yurii.

“Inhale My Despair” provides an early glimpse of the kind of stylistic intertwinings that blossomed to such great effect on Futility Report and Love Exchange Failure, and of the distinctly urban atmosphere that surrounds so much of the music on those albums.

The intensity of the song repeatedly changes, creating both enticing, dreamlike experiences and ravaging, electrifying ones. Glistening, romantic chords shimmer over a deep humming bass and an infectious drum pattern at the outset, but that piece of audio seduction transforms into a much more adrenaline-fueled rush, an amalgam of hammering drums, roiling yet splendid riffing, and scorching howls.

The music’s intensity continues to surge as the drums blast and the heat of the guitars reaches a boiling point — but the music then morphs into jolting, head-moving rhythms and darker moods, and changes again, softening and unfolding into an alluring, mystical interlude. That in turn paves the way for waves of gleaming riffage and compulsive beats, but the changes have still not ended. For their finale, the band calm themselves again, presenting a sensuous, jazz-influenced instrumental composed of deep bass vibrations, head-hooking drums, and gossamer guitar. It lasts long enough to cast an intriguing spell….

The story behind the song, and other aspects of White Ward‘s early days is revealed in the interview of Yurii we mentioned above, conducted by Debemur Morti‘s Jonathan Jancsary, and it’s well worth reading. But before we get to that, we’ll tell you that DMP plans to release Origins in the following editions, along with shirts:

Pre-orders will begin on December 4th. Further news will be available at these locations:

Q: Good evening Yurii and many thanks for taking the time to answer three questions concerning the re-release of your compilation “Origins”. This compilation was originally released four years ago, one year before your debut “Futility Report” was unleashed onto the world. When you today listen to this collection of your early songs, what kind of emotions come up and manifest in your body? What memories do you have of composing and recording those compositions present on “Origins”?

This question comes in handy now, because just a few weeks ago it was necessary to listen carefully to the vinyl master a few times. And it was an interesting experience for me. I have not listened to some songs for a year, and now I felt some sort of nostalgia while listening and some memories popped up in my head. I still remember the first rehearsals and “Illusions” [first EP] recording sessions, even though it was 8 years ago. Wow! Then I had no idea how important WHITE WARD would become to me, I just made music I like, as I always did and still do.

If you speak about the musical component, then, despite the first releases sometimes sounding a little bit naive and simple to me compared to what we do now, I still like it. And there are still many really cool riffs and parts. I was surprised while hearing some guitar parts again. Anyway, it is our history, and history is always important.

Also, I simply must tell a cool story about the recordings of the songs ‘When Gift Becomes Damnation’ and ‘Inhale My Despair’. So, it was 01 September 2012 and it was the first school day (I was in my last grade, the 11th). After the first school day celebration our main classroom teacher decided to take us to church for blessing. Of course, I asked “WTF?” and made a blasphemous decision – I went home because in 2 hours I needed to be in the studio to record some Black Metal!

Q: ‘Inhale My Despair’ is one of the songs which represent the compilation “Origins” well, because this composition is already an exciting mixture between jazzy vibes and Black Metal ferocity. Could you tell us more about this specific song? When and where was it composed, and can you still remember what sparked the idea to write this specific song? How did you come up with the idea to mix Jazz and Black Metal in the first place?

This song was the first experiment. Then I met Sasha Smirnov. He was totally not into metal music, but he loved Jazz, Dark Jazz, Prog Rock etc. So we decided to try to compose something more weird and interesting together. Then, when guitar parts were composed, Yurii, our past drummer, added some Jazz fills to our parts and we really liked the result. So, we decided to continue to use this jazzy influence in our music and I still really like it.

Q: One lyrical motif which is constantly present on the tracks of “Origins”, and also in the song ‘Inhale My Despair’, is the topic of “walls”. On ‘Inhale My Despar’ it is written: “Mocking voices, Stinging laugh, These walls are driving mad, Hateful silence, Fills the streets, And Moon turns into red.” Which walls are you talking about on the compilation and this individual song? Which kind of walls are driving you mad?

Honestly, It would be better to pose this question to our earlier vocalist Alexey, but unfortunately we haven’t been in contact for about 4 years, so I will try to answer.

I know that ‘When Gift Becomes Damnation’ and ‘Inhale My Despair’ was inspired by Iain Banks’ novels. As for the “walls” theme in our music, this is some sort of metaphor. It is about human life in modern big cities. About all the life frames and lifestyles which megalopolises pushes us into and to what problems this leads: how the walls of your grey office or cheap small rent flat supplies “gas in veins” instead of blood. It is about how “we’re trapped in the belly of this horrible machine”.

One Response to “AN NCS PREMIERE: WHITE WARD — “INHALE MY DESPAIR””