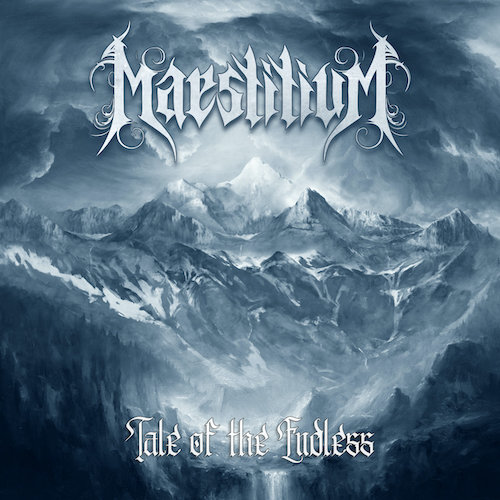 Even the best of times can become shadowed by dark days, but these are obviously among the worst of times for almost all of us, the kind of times when music that uplifts the spirits can be most welcome. But few of us are in search of cheep thrills, naivete, or shallow pandering. In rotten times, the most welcome uplift comes from genuine passion, and from music that doesn’t forget the darkness in our midst even as it soars.

These thoughts have come to mind thanks to the spectacular title song we’re premiering from the debut EP by the Swedish band Maestitium, which will be released on February 5, 2021, by Black Lion Records. Maestitium is a studio project started by guitarist, vocalist and composer Elias Westrin (Tomb Dweller, ex-Voices of Vengeance) in the fall of 2019. The idea for the EP was born while Westrin was attending a music production course at Hola Folkhögskola outside of Kramfors, Sweden, and drew inspiration from the music of such bands as Insomnium, Sentenced, Wintersun, Hinayana, and Wolfheart. 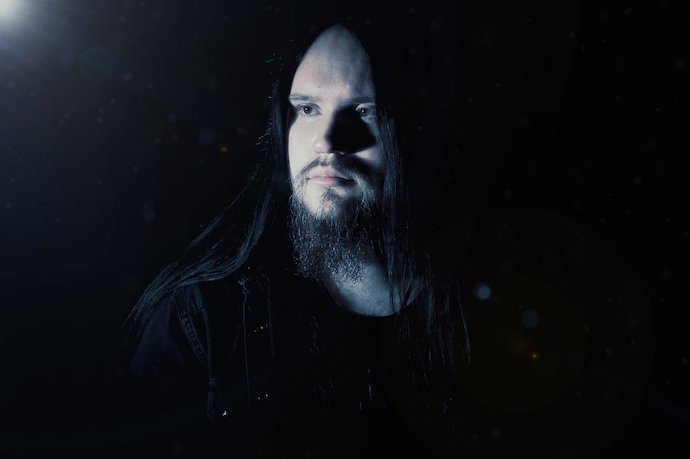 We’re told that Westrin searched for months for a drummer and a bassist to do session work for the EP. After initial failures he fortunately came in contact with Nils “Dominator” Fjellström (Nordjevel, ex-Dark Funeral) and Anton Flodin (Deathbreed), and they agreed to help out with the performance of drums and bass, respectively.

With Westrin performing guitars, vocals, synths, and orchestrations, they collectively recorded the four tracks on Maestitium’s debut EP, Tales of the Endless. The backbone of the songs consists of  a union of dark melodic death metal and black metal, but the tracks are varied. The three main songs tell the story of “three people with troubled and dark minds, full of anger, despair and sorrow”, with “Morning Star” having a heavy focus on melodies and atmosphere, and “Song of the Freezing Wind” coming in as the slowest and the most melodious song on the EP. It features more clean vocals and acoustic guitars, and focuses on epic melodies and harmonies, with lots of orchestration.

“Tale of the Endless“, on the other hand is “the hard hitter”. It’s “about a man who’s ready to leave this world, and his journey to the end.” Definitely dark subject matter, and both the darkness and intensity of the subject are reflected in the music. But, as forecast above, the song is also undeniably exhilarating.

It’s an ebbing and flowing composition that visits different moods before it ends, but it begins as an immediate storm of blasting drums and electrifying, gale-force riffing that blazes higher and higher, like a blizzard blindingly lit by the sun. When the drums vanish and the firestorm abates, the music transforms into a sparkling interlude of rippling keys and glinting guitar, and when the energy surges again, it’s a glorious explosion of hammering drums, darting fretwork, and savage growls — but still with a soaring and sweeping quality that not only gets the blood pumping but puts the heart in the throat.

Impassioned singing joins the vicious growls, pushing the extravagance of the music even higher, but the whirling, sky-bound quality of the music breaks again, and the song becomes dramatically more somber and forlorn, thanks to a melancholy piano melody backed by moody strings. That’s a dramatic change, but an equally dramatic one follows as the music becomes panoramic again, driven hard by hurtling drums and a frenzied feeling of angst in the high-speed riffing. The song takes flight once more, with singing that elevates even further than before, amidst sweeping, scintillating keyboard waves and beseeching riffs.

Maestitium draws the song to a close by again converting the mood to one of mystery and introspection, perhaps the epilogue to the end of the protagonist’s life.

I guess it’s obvious how much I like this track. Maestitium’s session members do a great job, and Westrin hits a sweet spot between anguish and splendor, providing (at least for this listener) a moment of uplift without trying to conceal the darkness that won’t be swept away.

Tale of the Endless was composed and recorded by Elias Westrin and it was mixed/mastered by Robin Leijon. The artwork was created by MOON RING Design. It will be released by Black Lion on Digipak CD and digitally. Pre-orders are available now.