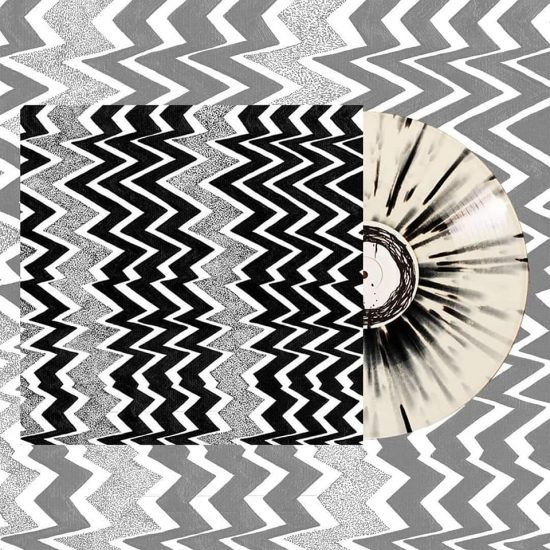 On the first of June 2020 (which seems like five years ago in this time-fractured year) we reviewed the new album by the British grindcore band Evisorax, the title of which is Ascension Catalyst. Despite its multitude of tracks it was intended to be heard straight through. Nevertheless, we accompanied that review with the premiere of a video for just one of its many short, crazed blasts — and today we’re doing it again, presenting a new video for the song “Terrible Viper“.

The occasion for this new premiere is the impending release of Ascension Catalyst on vinyl by 7 Degrees Records. As you can see above, the original cover art by Soulsdue and the striking splattered vinyl that holds the music are brain-scrambling, which is exactly as it should be, given the nature of the music. 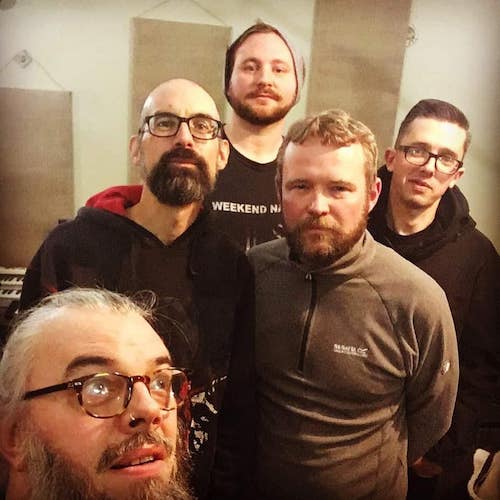 As we wrote in the review, this is not a typical grindcore record:

“Ascension Catalyst gradually builds toward an explosion of deranged off-planet warfare, which is insane when it happens, and then slows again at the end, descending into bizarre chaos. In between, things generally stay at a fever pitch — but not always. You really won’t see everything coming, in part because at some point your eyes may roll back into your skull….

“The band pick their moments to slow down and stomp (sometimes with doomy overtones), to gallop and gouge, to methodically (and mechanistically) jackhammer your spine (and honestly, they’re always changing speeds without warning) but it’s at the zenith of their violent mayhem when the music is most exhilarating (and unnerving).

“There are moments when the instrumentalists are going so blindingly fast, and with such jaw-dropping technical precision, that the music sucks the air out of your chest. It spins so fast and with such obliterating intensity that it seems it’s only a nanosecond away from careening completely out of control — and then something else will happen just in time, maybe some burst of trans-galactic static, maybe some intrusion of simmering and gibbering guitar lunacy, maybe some head-hooking riff or neck-bending rhythmic pattern. Yet the band are also never far away from some new balls-to-the-wall freak-out, some new shrieking spasm of eye-popping musical riot.”

Speaking of musical riot, the animated video for “Terrible Viper” (created by Andrew Greenstreet, using the art of Chris Catterall) does a great job visually reflecting the seizure-like intensity of the track’s maniacally roiling riffs, the head-butting jolts and jet-fueled clattering of the drums, the unexpected bass maneuverings, and the no-holds-barred viciousness of the roaring and screeching vocals.

Ascension Catalyst will be released by 7 Degrees Records on December 11th.