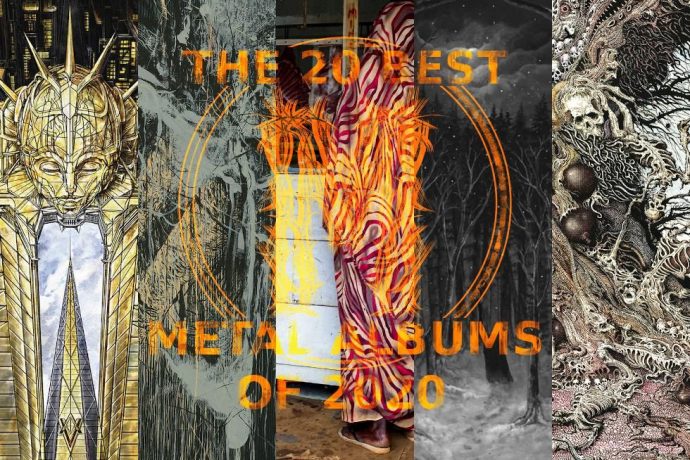 As in past years, last week PopMatters published a list of “The 20 Best Metal Albums“ of the year, this time under the by-line of Spyros Stasis and Antonio Poscic. You’ll find that list below.

After perusing the 2019 version of this list one of my NCS colleagues remarked, “The PopMatters list feels MUCH more like the author actually cares about what is ‘best’ and not just ‘what our readers want us to choose’”. I thought that was an astute observation last year, and I think it applies again this year.

My instinct, as before, is that this will be one of the most interesting and unpredictable lists we’re likely to see in our growing collection of 2020 lists from print zines and “big platform” web sites. It does cover a range of genres, some of which will not personally appeal to every reader who comes our way, but the list again appears to be the result of genuine effort and honest thought.

Many of the names below are deservedly making the rounds among many lists I’ve seen this year (the more underground ones, including Mr. Synn‘s lists here at NCS last week), and others are interesting surprises. Specifically, the wonderful albums by Neptunian Maximalism and Paysage d’Hiver are especially deep cuts for sites of this one’s size, and it’s especially interesting to see both of them ranked so high. An even deeper cut, rated at No. 4 no less, is the self-titled album by the Kenyan duo Duma, which I coincidentally just discovered and wrote about here one week ago. I confess that the fact they are from Kenya influenced me, and it probably did the writers of the PopMatters list, but the record really is worth checking out (even though I don’t see it as the 4th best metal album of 2020).

The list also reminds me that I still haven’t listened to that Sumac album, even though it’s been out for two months now. Shame on me.

12. Thou and Emma Ruth Randle – May Our Chambers Be Full (Sacred Bones)