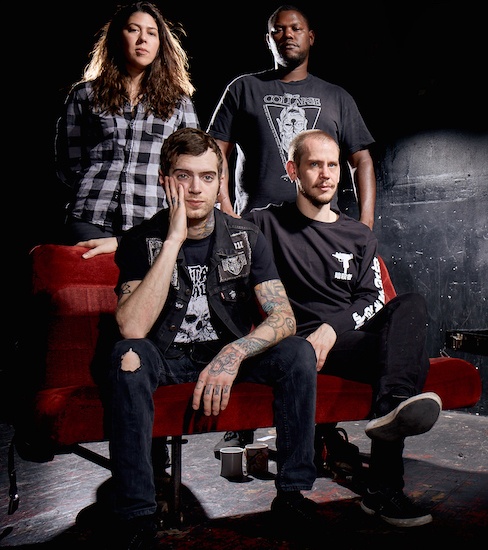 Well, we’re in luck, because label Quiet Panic is re-releasing the album on December 18th. I actually ordered the vinyl for this thing, and I don’t even have a record player. Such is my excitement to get that download. 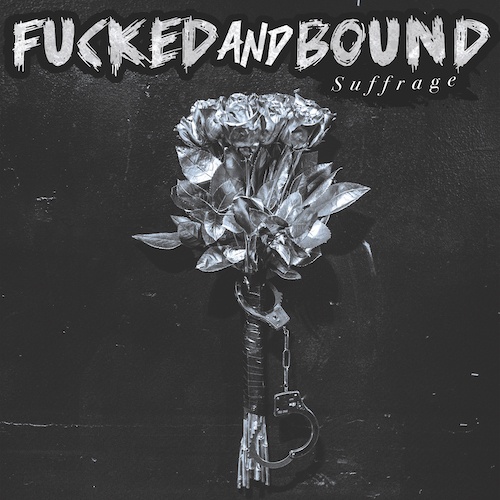 Fucked and Bound is usually described as hardcore punk, which I can buy, although I find it has some grindy energy, as well as a tightness that I wouldn’t call a hallmark of most hardcore. I’ve seen them described as “feral,” “rabid,” “raucous,” and a lot of other commonly used metal descriptors, but just listen to “Terror,” and I think you’ll get what I’m on about.

The energy level is intense, but that doesn’t translate to sloppy. Mungo’s bandmate from Ox, Brian McClelland, provides the guitars, Rah Davis (another “Two Minutes to Late Night” alum on a righteous Soundgarden cover) is on bass, and Matt Chandler handles the drums. The three of them provide a rock-solid base for Mungo’s vocals, which I guess you could call feral, but as raw-sounding as they are, her screams are like lasers coming out of her throat.

The icing on the cake here is that these songs are damn catchy. “Wild Thing” opens up the album with a blast that’s just over half a minute long, but it’ll get stuck in your head. “Get Inside” has an ascending riff that will get your booty moving, and “Zero Fucks” has a sing-along chorus. “Socio-political / psuedo-intellecutal / homeo-pathical / unburdened it seems” sets us up for the call-and-response “ZERO! / FUCKS! FUCKS! FUCKS! FUCKS!” It’s a fierce and cathartic album–after all, you probably don’t write a song called “Creeps on the Street” as a celebration of being yelled at you while you’re walking down the sidewalk–but it’s still an album that’s a lot of fun to listen to.

Most of the album blisters along at 150 mph, but “Locked” is an escalating little instrumental break, and there’s even a cover of Sonic Youth’s “Kool Thing” that I actually prefer to the original. Mungo and company inject an energy into the song that I always thought was missing. (Sonic Youth is one of those bands whose influence and impact I appreciate, but I don’t actually enjoy listening to them.)

For me, this re-release (and a new album coming next year) is the kick in the ass I needed to combat my low energy levels at the end of this godforsaken year. It’s music that makes me want to drive fast or have a circle pit…in my living room. With my cat. Unfortunately, none of those is a good idea, especially since my cat is already pretty vicious when she takes the catnip beanbag to the pit. 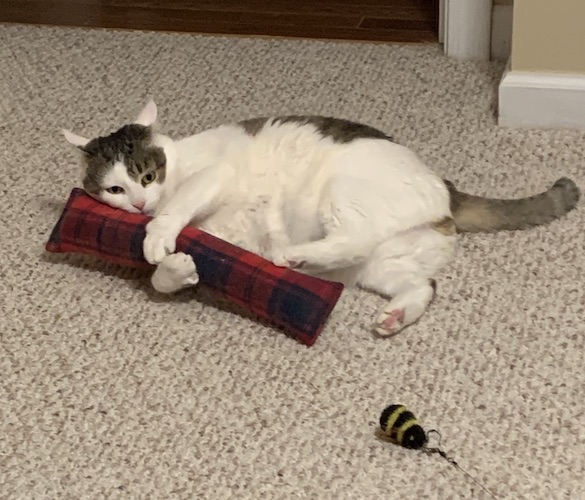 Find all your Fucked and Bound needs (musically, anyway) here: