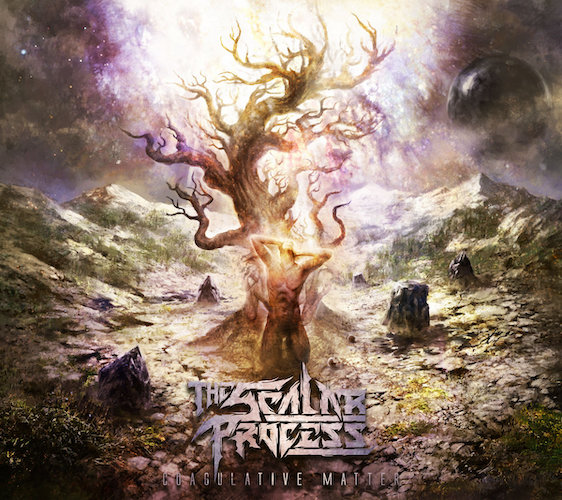 The Scalar Process are a French trio who will make their full-length debut in February with the support of Transcending Obscurity Records. As a technical death metal band, their advent comes at a time when their chosen genre is burgeoning, indeed splitting at the seams because it is so over-stuffed with bands both new and old. To stand out at such times is a formidable challenge, but not one that is daunting to this band at all. A feeling of confidence blazes through the music, as well it should.

Perhaps it’s a given that the performers are technically impressive, and they’ve composed their music in ways that allow those skills to shine, and thereby to make the songs electrifying. But this flamboyance is only part of the album’s attraction, because the band are equally skilled at creating contrasts, enabling dramatic changes of mood and the introduction of atmospheric elements that are vital in making the songs memorable as well as pulse-pounding.

We have a great example of these compositional ingredients in the song we’re premiering today, the intriguingly named “Ink Shadow“, which is the third song to debut so far from this new album, Coagulative Matter. 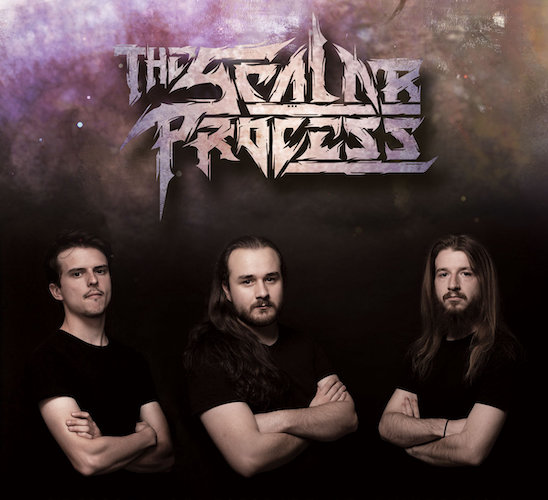 The band hit the ground running immediately, quickly assailing the listener with sensations that are rumbling and darting, skittering and screaming, while the vocalist roars like a rabid mastiff. The fleet-fingered arpeggios, sometimes backed by waves of shining sound and often by battering percussion, are seemingly both deranged and ecstatic, magisterial and marauding, and the song also benefits from a guest solo by Fallujah’s Scott Carstairs.

But in a passage when the hell-for-leather momentum relents, and the bass hums rather than plunders, the music becomes mysterious and meditative — though there’s an element of musical mysticism and menace (an ink shadow indeed) that surfaces throughout the song, hovering around the edges but also blooming in perilous tones.

The Scalar Process are: Eloi Nicod (Guitars, Composition) and Mathieu Lefevre (Vocals), and Clement Denys (Fractal Universe) was the session drummer for the album. The album also includes these guest appearances:

Transcending Obscurity will release Coagulative Matter on February 19th in a variety of formats, with accompanying apparel. It features eye-catching artwork by Bastien Jez (Exocrine). The label recommends the album for fans of Coexistence, The Zenith Passage, Beyond Creation, Necrophagist, The Faceless, Hateful, Archspire, Cynic, and Inferi.

Pre-order info is available via the links below, and after those we’re also including videos for two other previously released songs below — “Beyond the Veil of Consciousness” and “Azimuth”