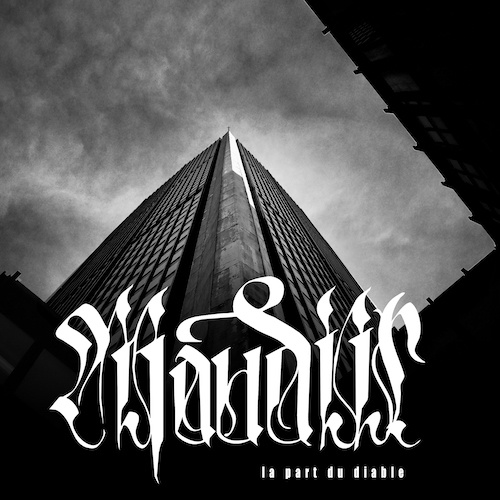 On the 19th of February the Montreal-based metal band Maudiir will release a second EP. Entitled La Part du Diable, it was inspired by many of the disturbing events that the last year brought us. It follows by almost one year the band’s first EP, Le Temps Peste, and reveals some new dimensions of sound and style, embellishing and extending the black/thrash inspirations that gave birth to the project.

Maudiir is the solo project of F. (ex-Deeply Confused, Tears for the Dead Gods), who also currently leads the prog/thrash metal band Trinity Blast. Through the vehicle of Maudiir, and particularly on this new EP, he brings into play ’80s heavy metal influences alongside black metal and punk, while adding progressive flourishes. We’ve got a fine example of Maudiir’s multi-faceted approach in a song we’re premiering today from the new EP. Its name is “The Slumber“. 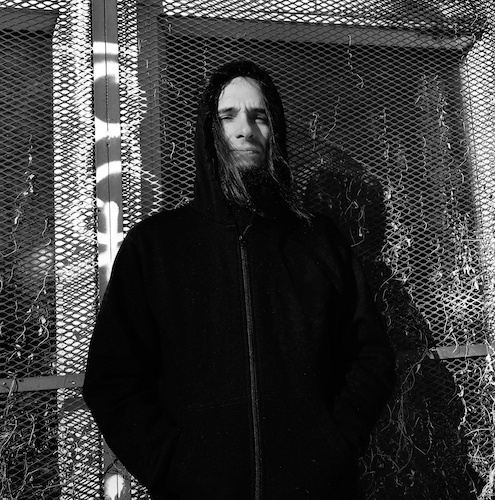 The track definitely won’t make you want to slumber. Instead, as Maudiir explains, “The song is about the worst personality traits we have seen awaken in some people, and that might have stayed dormant if not for the current situation”. As such, it fits within the conception of the EP as a whole, which “was inspired by reactions from people to the health crisis created by Covid, the political climate in the US, and conspiracy theories.”

As “The Slumber” begins, a jittery, dissonant bass riff, underlaid by droning guitar and soon joined by F.‘s rabid snarl, creates an immediate feeling of incipient and dangerous derangement as it quivers above a neck-popping back-beat and a febrile bass line. But the flashing thrash riffs that come into play give the song a different and more glorious and heart-palpitating dimension. And the multi-faceted nature of the song becomes even more evident when the drums start spitting bullets and the riffing creates a manifestation of savage, blazing chaos, driven to further heights of spectacle by an incandescent guitar solo. F.‘s vocals rise to greater heights of throat-splitting madness as the feeling of perilous tension returns, but that turns out to be a prelude to another eye-popping solo and another dose of thrashing ebullience at the finale.

“The Slumber” will be available as a single on all digital platforms on January 8th, and the full EP La Part du Diable, which includes five tracks and almost 25 minutes of music, is set for release on February 19th.

F. performed all instruments and vocals, and also produced, mixed, and mastered the EP. He has commented: “I would say that with La Part du Diable, I’m going into a slightly more progressive and thrash sound than on the first EP. I also added distortion to the bass guitar this time around, which I think adds a Voïvod feel to the songs.”

For further info about the release, keep an eye on these locations: