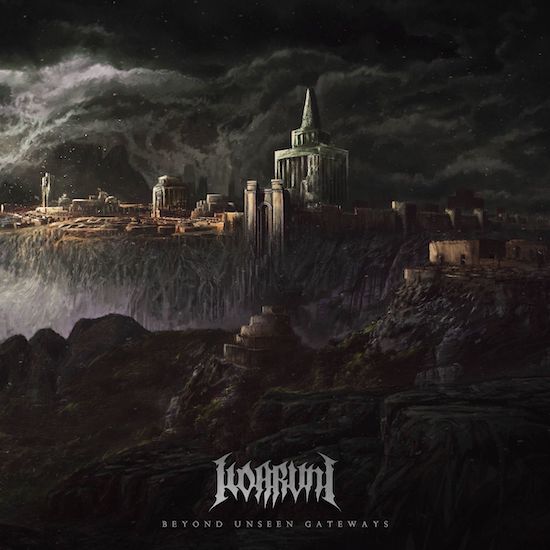 The Armenian pagan metal band Ildaruni made an auspicious debut with their 2018 demo Towards Subterranean Realms (which we reviewed here), revealing both a lyrical focus on ancient Armenian history, drawing upon mythology and aspects of occultism, and a musical blending of folk melody, symphonic sweep, and blood-rushing blackened power. Ildaruni are now building upon that impressive demo with their first full-length, Beyond Unseen Gateways, which will be released by Black Lion Records on March 19th.

Thematically, this debut album continues the band’s focus on ancient myths and arcane forces. It is, in the band’s words, “a hymn to the blazing light, which sank into shadowy shrines, to the wild darkness which covered the debris of Ardini, to the bygone flame which enlightens the sanctum of Haldi”, with each song “an indivisible part of a grand ode which explores the height of the Urartian domain and the esoteric knowledge of pagan mysticism.”

The striking cover art of Mark Erskine captures the album’s essential concept, and so does the music, as you’ll discover through our premiere of a lyric video for “Treading he Path of Cryptic Wisdom“. 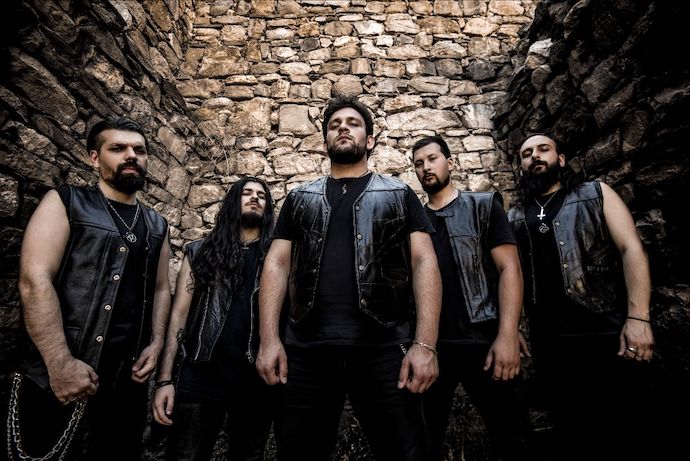 As on their demo, Ildaruni incorporate folk melody and instrumentation into this ravishing new song, to electrifying effect. Lyrically, the band tell us, the song “heralds forth the unextinguished flame of Urartian mightiness and bygone domination across Mesopotamia, and the Armenian Highlands.”

The song’s overture sets the stage with pummeling drums and blaring chords that pulse and dart with blazing energy, soon joined by a swirling guitar lead that’s tuned to sound almost like ancient bagpipes. And then, with a scorching scream, the song really catches fire in an assault of battering percussion and incendiary riffing. The vocals lash the senses in a fury while the music roils and washes over the listener in sweeping waves of grand and glorious sound, accented by ringing arpeggios that ripple, flicker, and dance.

Even with the scalding savagery of the vocals, the raging lyrics, and the heavy hammering of the rhythm section, there’s a feeling of wild joy and shining grandeur in the music, coupled with a throughline of warlike intensity which builds to a sweeping, pulse-pounding crescendo — in which a vibrant flute can still be heard.

We’ll share a further comment by Ildaruni about this new album: “We would like to present our debut, full-length opus consisting of eight arcane chants, illumined by the unworldly torch of Shivini. Each composition unearths a mesmeric path to the past and provenance, reveals the grace of perpetual wisdom, disseminated by sanctimonious hierophants across the hallowed lands. The fiery gaze of the Urartian Winged God awakens the dormant origins of apothanatismos (Immortality)…. May the gates of genesis reopen and herald forth an epoch of exaltation anew”.

The album was recorded by Armen Shahverdi and Mark Erskine at Guitar Clinic Studio in Armenia, and it was then mixed and mastered by George Emmanuel (Lucifer’s Child, ex-Rotting Christ) at Pentagram Studio in Greece. It’s available for pre-order now:

5 Responses to “A NCS VIDEO PREMIERE: ILDARUNI — “TREADING THE PATH OF CRYPTIC WISDOM””