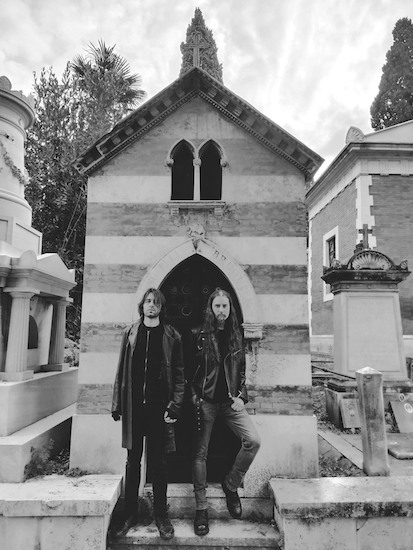 (In this new interview Comrade Aleks put questions to the two main members of the Italian band Mourning Mist, whose second album Amen was released last November by BloodRock Records.)

Mourning Mist hail from Perugia, Umbria. This Italian band was started back in 2013 by Mid. (drums, vocals) and Echerual (violin). A year later Kvasir (bass, vocals, guitars) joined and the crew started to explore the skills they had, playing different sorts of black metal in new territories.

Their self-titled debut appeared in 2015 and I’m still bewildered with this blackened eclectic mix of genres, but their sophomore album Amen (October, 2020) is clearer and closer to my doom-bound heart. The new material wears the mark of alchemical trials, yet general tone is recognizable for followers of traditional mournful doom metal.

We’ve made this interview with Echerual and Kvasir to learn more details about Mourning and Mist.

Hi Ecnerual! How are you? How have you speny this quarantine time in Perugia?

I’d like to start from very beginning: as far as I understand, all of Mourning Mist’s members are deep-rooted in black metal. What drove you to unite in 2013 under a new banner?

Ecnerual: We may consider black metal as a common-ground between the project members. However, at that time, we needed to express something more empirical. It was also the presence of the violin in the band, along with our intention to not define us within a specific genre, which led us to unite and to create that unique sound. 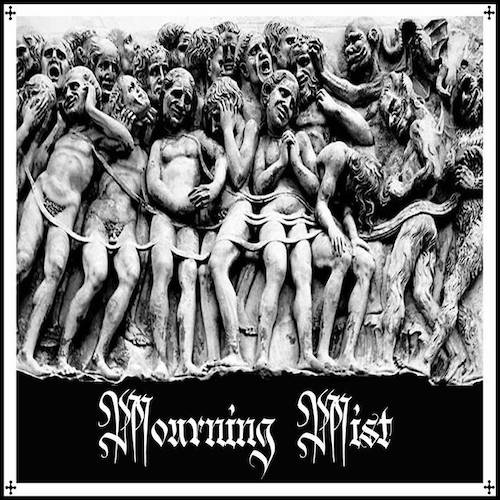 Your debut self-titled album shows the band’s interest in experimentation, as you mix a lot of influences in this record from black to doom and heavy. What was on your mind when you entered the studio to record this material?

Ecnerual: The experimental characteristic of the debut album revealed our need (back then) to go off the grid in one way or another. It also showed our eclectic nature, born out of the blending of our different musical experiences. When recording the album our primary need was to express this aspect through a particular “gut feeling” and  a unique creative outlet.

But you had some certain sounds to start with? Which factors formed Mourning Mist’s first tunes?

Ecnerual: A black metal sound, added with a unique tone given by an unusual employment of the violin, was the starting point. The doom sound came after, while composing the songs. This tendency was mainly evident in pieces such as “Rage”.

Were you satisfied with the album back then?

Ecnerual: Yes, we all agree that it was a good starting point for the band, and this revealed the potential of the project. However during these years we felt the need to trim the inspirational material to fewer genres (at the expense of eclecticism) in order to create a more distinctive sound.

There were five years between the debut and the sophomore album Amen, which stands far aside from Mourning Mist. What drove you to this sort of traditional doom metal?

Kvasir: Amen has been conceived in different conditions compared to the first self-titled full-length. We confined ourselves for some days in a country house in the heart of Italy, just woody desolate hills around, quite a sparsely inhabited area, and let the music run freely during our rehearsals without any imposed limit, and that’s what we’ve got. We felt like painting the landscape around us into tape.

A good amount of Italian bands follow a “Dark Italian Sound” pattern which is associated with Paul Chain and his Theatre. What are your own roots considering doom metal?

Kvasir: Well, we have a wide vision in music, Ecnerual is a professional musician for instance, so he crosses among different genres easily, and I myself have a love for true metal done the old-school way, might it be doom, heavy, death, black or thrash.

When we are together it ends often listening to classic doom metal bands, simply because it is cool stuff we both enjoy. Italy in particular has a strong feeling with its so-called dark sound; it is not all about different bands having the same sound but I’d rather say it is the same feeling different bands can  lead you to while listening to their music.

Although not being a virtuoso or a typical ’80s shredder, Paul Chain is considered a maestro in this segment and that is all for the emotions and the pathos he was able to create both during his live performances and on the records.

That sounds like a quite precise point! So do you feel a connection with the local scene or its aesthetics?

Kvasir: Not sure about that. I obviously know many players around here but we never aimed all together to build our own scene… however, if you feel like there’s a connection between Italian bands you might start talking about Italian violet metal!!! 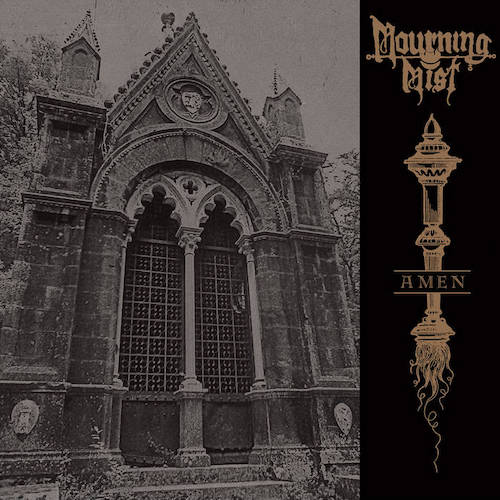 How did your experience of writing and performing black metal manifest during the composing of Amen? Did you feel a seduction to put a blackened touch in these songs?

Kvasir: There’s a good dose of rawness in Amen that’s the blackened touch and that is what I normally like in music. I find myself often looking for demos and rehearsals of bands instead of looking for their second album, maybe an obsession of mine haha!

Don’t get me wrong, I do not mean it must be badly recorded with intention, but at the moment I have no feeling for ultra-modern plastic 2020 studio sound. We have no ambition to become the doom band of the year, touring around the globe and signing to a major label, but instead we want to do what we like, create music with no boundaries and enjoy every single aspect of it.

How did you work over Amen at the studio? How did you reach this old school sound? And did you meet any obstacles during the recording?

Kvasir: Writing the songs was very cool, a single session that lasted for some days in a row, while the recording process was a bit challenging due to distance problem. Almost every instrument was recorded in a different place. It’s an additional effort compared to all being into the studio at the same time. But on the other side it lets you better understand what you are getting and it keeps the door open for changing till you decide it is finished.

What is the main idea behind Amen? Are the songs connected with one general idea or mood?

Kvasir: Amen deals with man and his spiritual sense of loss, which is unfortunately a realistic picture of the current age.

Does Christian symbolism help to channel this mood better?

Kvasir: In a way yeah, it does. We grew up in a Christian society and have been taught that if you don’t behave nicely you end up in hell and be damned till the very end of the days. Just enter a church, it is all dark, gloomy, almost eerie and (according to them) we are waiting for the judgment day. I mean, what’s more doom than this point of view?!?! It is a life of submission and spiritual slavery.

You’re located in the Perugia, Umbria region. How much of it is in Mourning Mist?

Encerual: Mourning Mist was formed near Perugia on Lake Trasimeno in 2013, since all the members were based there. However, the line-up has changed during these years and some of us have also moved on. Ecenrual, for instance, is still located in Umbria, but in Orvieto and no longer in Perugia. Kvasir has never left Padua. Nevertheless, Amen was composed in the Umbrian hills near Lake Corbara, during a meeting of the two lead members of the project. Undoubtedly the countryside of central Italy was of great inspiration to us, along with fine red wine, Italian cigars, and lovely English snuff. 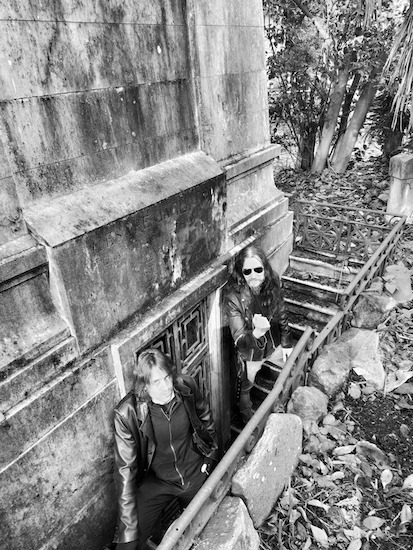 Do you feel you have more things to say and express with Mourning Mist in the future? Do you see space to develop the band’s essence further, or is your formula for channelling loss effective in itself?

Ecnerual: It is hard to say. Since at the moment our music is a depiction of reality from our viewpoint, probably the inspiration for upcoming compositions will go hand-in-hand with the changes that the future has in store for humanity. From a musical viewpoint, at this time, the heavy-doom pathway is the one that pleases us most. However, in the future we do not exclude a major use of experimentation in our music.

Thank you for this interview and good luck! Have we missed something?

Kvasir: Mourning Mist thanks you for your nice taste in music… and remember, if you like the music, buy physical!