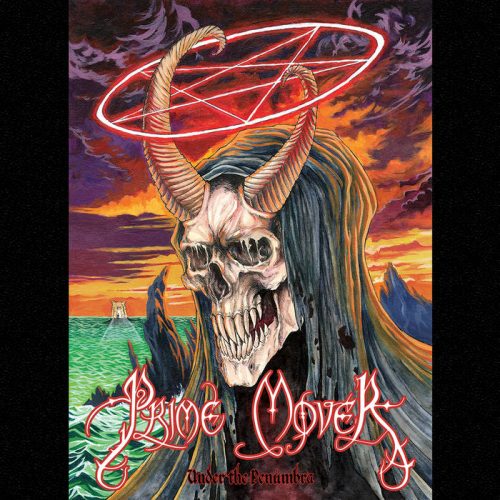 (What follows is Wil Cifer‘s review of the latest album by the Atlanta-area band Prime Mover, which was released near the end of December 2020.)

This band from Atlanta has kicked around the southeastern metal scene since 1997. Their second full-length unfurls the sound of a band fully realizing their sound and have sharpened it into a keen weapon.

Their arsenal of riffs are supported by smart songwriting. They know the value of a hook. Their melodic guitar lines work best when they are not charging full speed ahead. Despite being referenced as a black metal band in some corners of the internet, death metal seems to be their primary influence. Very melodic death metal at that. There is also a hefty dose of thrash in what these guys do. 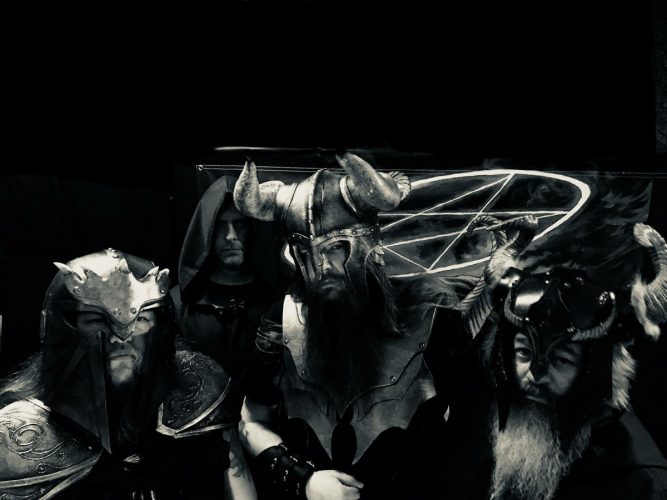 Snarling vocals are dominant, though some actual singing chimes in without sounding like something from the MySpace days of metal. When singing occurs it has the decency to not fall in the predictable good cop/bad cop places. The album is also well-produced, with an organic sound that reminds me of the first Machine Head album in terms of where everything sits in the mix, though the drum sound is a little less bombastic. The guitar solos serve their purposes. On “Easy Prey”, chaotic layers of guitar swirl around you.

A more purposeful sense of melody empowers “Where Paradise is Buried”. Blast-beats sneak in from time to time throughout this album, and they are most notable on this song. The vocals come closer to power metal under the primary snarl of the lead vocal. Dynamically this is one of the album’s strongest songs.

They come closer to black metal on “Kindred Oath”. Once again showing off their flair for cool guitar hooks here. Lyrically this is the first song that stands out to me, as I think they are growling about the illuminati and chem-trails. I support that as a worthy cause to write a song about. Some of the more stompy ’90s death metal riffs on this one are pretty mean, and I like the bass tone on this song as well.

They give the Alice Cooper classic “Eighteen” their own more metallic spin. The vocals are gruffer. They also tease the riff from “Billion Dollar Babies” at one point. I am a tough audience when it comes to covering Alice Cooper, as he is one of my all time favorite artists, and this worked for me so that says a lot.

They weave a more adventurous tale of death metal with the first single from the album “Thanaspherian”. I like the main chug it locks into during the verse. Sure this is impressive, but something can be said for a solidly chugged dose of death thrash, which is what they deliver on the mid-tempo “Awaiting the Arrival”.

They close out the album with the title track. Their songs are journeys and some have more turns than others. This one is more on the winding side as they throw a lot at you, but they do it well.

These guys are a lot of fun and there is something for most fans of metal to bang their heads to. This album is well worth checking out if you like your metal to sound big as it takes you on epic journeys.