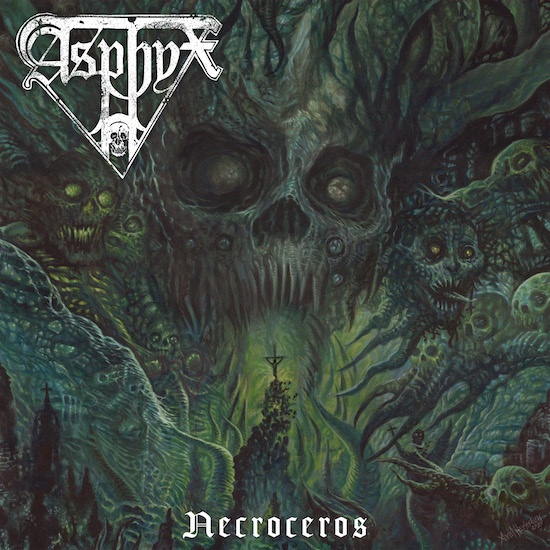 As mentioned above, there are a lot of powerhouse vocalists in this collection I’ve assembled, beginning with the inimitable Martin van Drunen (a lot of people do try to imitate him, and to be honest, some do so with some success, but there still ain’t nothing like the original). 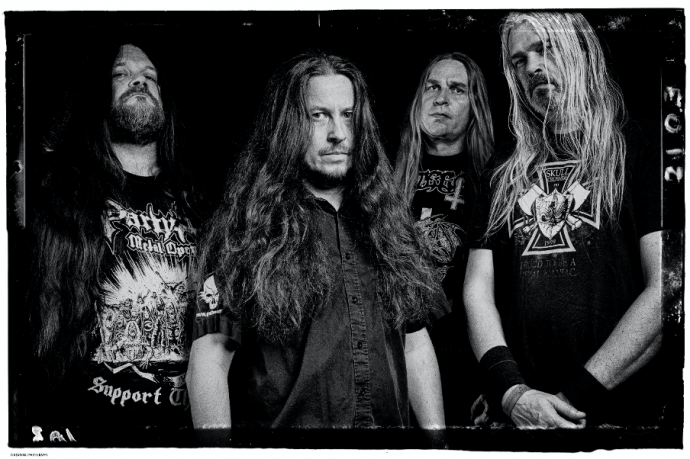 The video is fun, and the up-tempo song is too. It’s a savage gallop but, as forecast, also includes skull-busting chugs when the music takes a bleak turn. Highly infectious too. 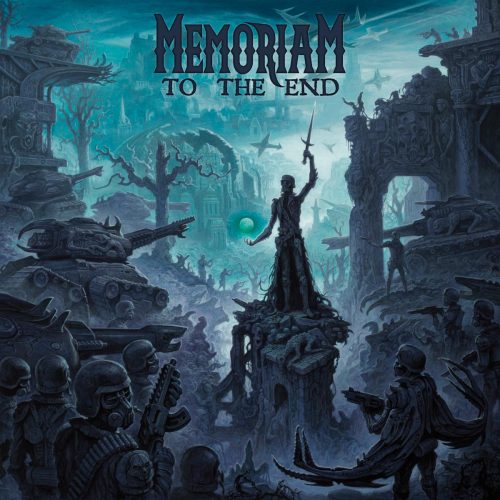 Next we have a lyric video for a bleak, mid-paced tank attack that has an eerie imperious mien but also oozes misery from every pore. Karl Willetts‘ voice is absolutely spine-tingling. It alone will revive visions of Bolt Thrower, and it’s not the only feature of the song that will do that. Also, enjoy the chugs…. and don’t forget to KEEP PUSHING ON. 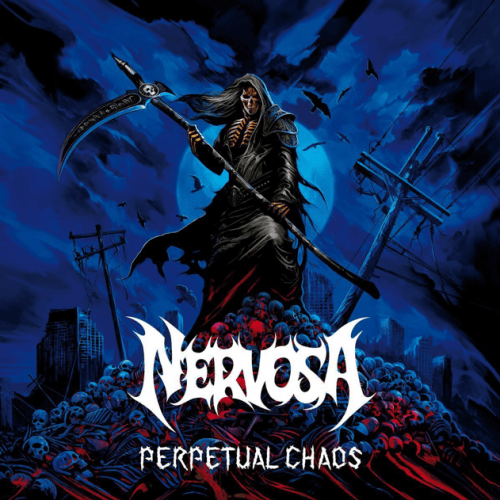 Crypta hsvrn’t yet released anything, but on Friday Napalm Records discharged a new album by the re-formed Nervosa. The next video below is for the last death-thrashing single revealed in advance of the album release. Like the Memoriam track, it includes its fair share of morbid misery, but combines that with thrashing mayhem and doses of jittery, jabbing riffage. And fast chugs.

Diva Satanica has a hell of a voice too. As further proof, I’m going to include a bonus video below (just released yesterday) in which she collaborated with Alan Cassidy (The Black Dahlia Murder), Daniel “Chewy” Mongrain (Voivod / Martyr), and Colin Marston (Gorguts / Krallice) on a cover of Death‘s “Trapped In A Corner”. It’s a blast to see and hear. 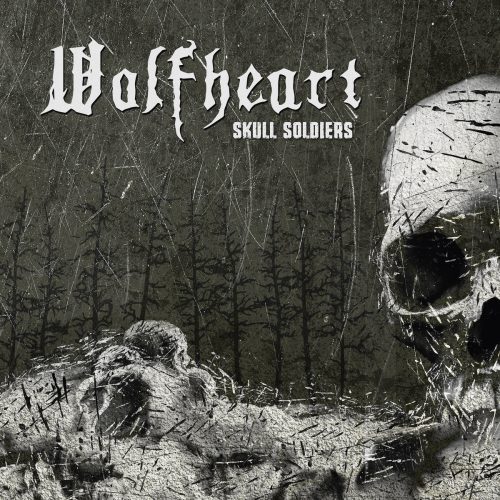 Wolfheart has a variety of musical guises, but the one revealed in this next lyric video is warlike and hard-charging. Yet another great vocal performance in today’s collection, as well as neck-wrecking drum battery, eerie and soaring keyboard accents, invigorating soloing, and of course jolting riffage. 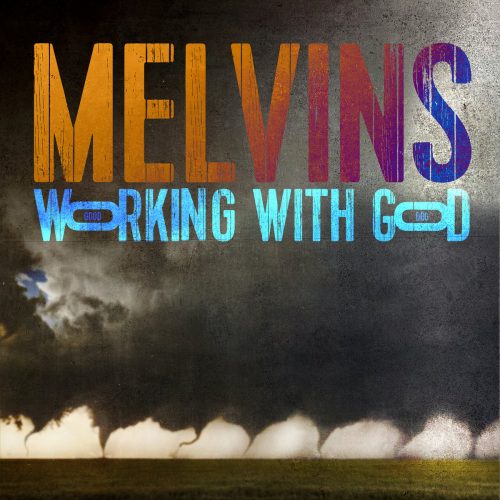 The new album by the long-running Melvins features a reunion by the 1983 iteration of the band: Buzz Osborne, Dale Crover, and original drummer Mike Dillard. The song below is the latest of several singles released so far. Get your neck limbered up because this one wastes no time in getting it in motion. Red meat for a headbanger, and Osborne‘s wail is in fine form, and the solo is trippy as hell, and basically becomes a grand mal seizure.