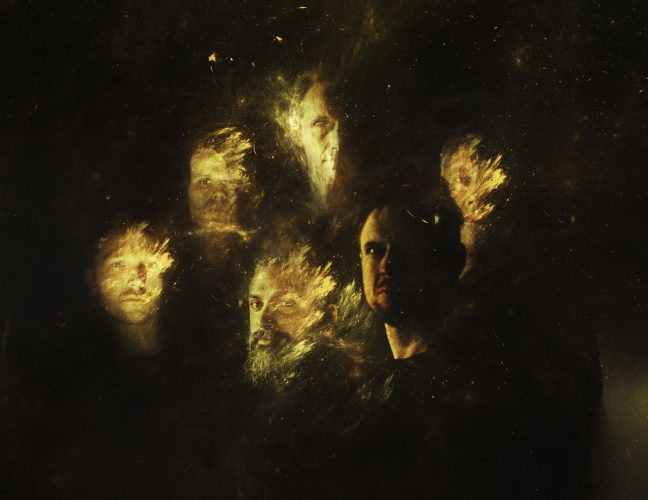 It’s been a busy, busy week for me this week… but, then, when isn’t it?

It’s times like these, though, that I really appreciate the short-form, straight-to-the-point, structure provided by a good EP.

It’s a place for bands to experiment, to explore new ideas, and to formulate these little (or not always so little) slabs of perfectly proportioned form and function without having to worry about living up to the demands or expectations surrounding a “full-length” release.

Of course, one of the EPs featured here today is basically long enough to be considered an album – although I can see why, after listening to it, the band themselves declared it an EP – but all three of them manage to give a more focussed impression of each of the bands in question, while also providing an attention-grabbing primer for whatever they’re going to do next.

And so, without further ado… 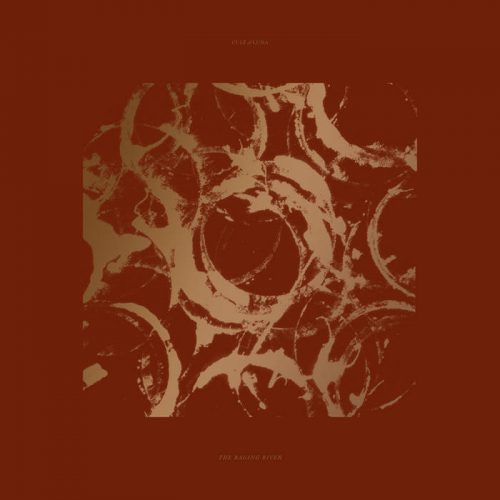 CULT OF LUNA – THE RAGING RIVER

The problem with writing about a band as established and well-respected as Cult of Luna is… what really is there left to say about them?

Always reliable, often stunning, and never less than utterly engrossing, the truth is that there’s not a single dud in their entire back-catalogue, whose peaks (Salvation, Somewhere Along the Highway, Vertikal, Mariner) have all been rightfully afforded “legendary” status over the years.

As a result it’s difficult to say anything new about them as, even though the band themselves have slowly but surely evolved over the years, their core sound has remained relatively unchanged (and therefore instantly recognisable).

This makes the question of how to review their new EP (although, at just under forty minutes, we might quibble over that definition) a bit of a conundrum, as while it’s been touted as a “bridge” between the band’s last album (2019’s bombastic, albeit slightly bloated, A Dawn to Fear) and their next, as yet unrevealed, new record, The Raging River is – with one key exception – about as “traditional” a Cult of Luna release as there can be.

But is that really such a band thing? Not at all. Not when it’s made up of such fantastic tracks as dark, doom-laden opener “Three Bridges” – which blends the sonic density of Vertikal with the more organic approach of Eternal Kingdom – the heaving, haunting, hypnosis-inducing “I Remember”, and the seething, slow-burn momentum of shadowy closer “Wave After Wave”, each of which will more than please anyone looking for their next fix of moody melodies, monolithic riffs, and shimmering synthetic soundscapes.

Of course, much attention has already been lavished on the bleak, ballad-like strains of “Inside of a Dream”, whose blend of simple, stripped-down guitar lines and subtle, minimalist percussion is crowned by an effortlessly emotional guest appearance by Mark Lanegan, but, in all honesty, as touching and as heartfelt as the song may be, it’s really more of a curio, an interesting aside, than a truly vital addition to the band’s discography.

Its predecessor, however, “What I Leave Behind”, is the real star here, and one which I hope doesn’t get overlooked in favour of the more obvious crowd-pleasers or headline-grabbing oddities.

At just under six minutes it’s the shortest, and perhaps most focussed, “proper” Cult of Luna track the band have produced in almost a decade, whose blend of heaviness, intensity, and simmering aggression recalls the group’s earlier, angrier, years as seen through the lens of an older, wiser, but no less vital, no less visceral, version of the band.

So while The Raging River may not be the band’s crowning achievement, it certainly has its moments… oh boy, does it have its moments, especially “What I Leave Behind” and “Wave After Wave”… which find the band firing on all cylinders in a way which, fingers crossed, will hopefully carry over to their next full-length.

In the meantime, the full-stream of the record goes live this evening at 10pm (UK time), so you won’t have long to wait to hear it for yourselves! 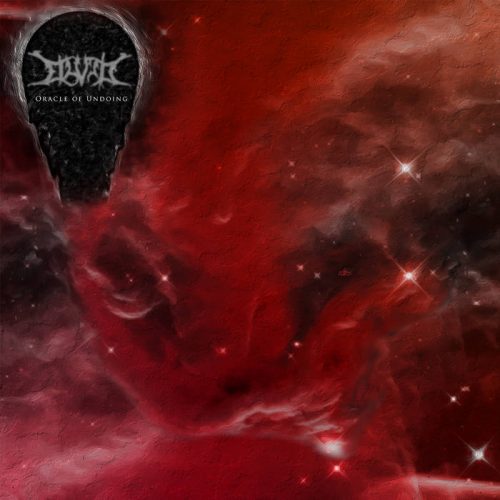 A famous Metal icon once complained about the lack of “improvisation” in the genre – particularly on the more extreme end of the spectrum.

And while he followed up that statement with what I consider one of his worst records, suggesting that maybe improvisation for improvisation’s sake isn’t exactly the key to making great music, I do understand what he was talking about, as Metal’s rigidity – both in the way bands are constructed, the way the music is arranged, and the way the various sub-genres are defined – can, sometimes, be a real issue.

But, that being said, what I really think he was lamenting wasn’t strictly the lack of “improvisation” (just throwing in ideas as they come to you and hoping that they somehow cohere into something worthwhile seems like a recipe for directionless disaster to me) but the inability of many bands to capture any real sense of spontaneity in their music as they also try to work within the various rules – both written and unwritten – which have come to, generally, define Metal over the years.

That being said, I still think there are loads of bands out there (naming no names) who are pushing the form while still working within the confines of Metal as a genre (and, let’s face it, there’s an argument that, from an artistic point of view, working within restrictions is just as valid a way to stimulate creativity as working without any restrictions at all… but that’s a discussion for another day).

Case in point, the new EP from one-man Death Metal oracle Ecliptic is a near-perfect example of how evolution, not improvisation, is the real key to creating something worthwhile and lasting in the Extreme Metal sphere, something which builds on the spontaneous act of creation at the root of every song by carefully cultivating its growth, channelling it in the right direction without restricting its movement.

Conceived and constructed as five separate, but interlinked, tracks, all meant to be listened to and experienced as one single, continuous song, part I-IV of Oracle of Undoing are, by the artist’s own admission, a more meticulously composed collection of Death, Doom, and Black Metal elements, mixing and mingling passages of devious dissonance and demented anti-melody with eruptions of cataclysmic aggression and cavernous atmospherics, in a manner that recalls the very best of bands such as Portal, Mitochondrion, and Chaos Echoes.

Part V, however, consists of an amalgamation of freely-improvised parts and ideas which were then arranged and modified post-recording in a way that marries the chaotic spontaneity of their origins with the creative clarity gained by applying a more calculated gaze.

As a result Oracle of Undoing feels like an album constantly in flux, yet never in danger of losing focus. And while the music continues to feel wild and unconstrained, there’s never any sense that it lacks direction or purpose, even during its more impulse-driven and improvisational finale.

It’s a fascinating, rewarding, and more than a little unsettling, piece of work, from start to finish, and I sincerely hope to hear a lot more from this project going forwards. 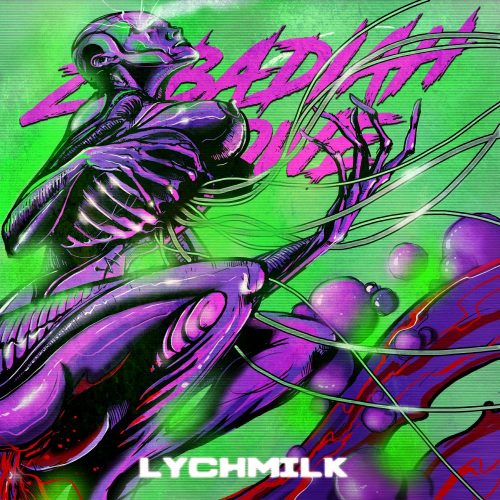 Some bands exist in the underground because the wider world just hasn’t cottoned on to their value.

Other bands choose to live underground by choice, wallowing in the filth and the freedom this entails, because there’s simply nowhere else they’d rather be.

Deviant UK duo Zebadiah Crowe are, without a doubt, the latter sort of band, one who are just as happy dwelling on the fringes of the Metal scene as they are occasionally gatecrashing the more mainstream ends of the genre in order to scandalise another unsuspecting generation of movers, shakers, and taste-makers, with their signature brand of Blackened Industrial Grind.

The band’s latest release (which officially comes out tomorrow) is the three-track Lych Milk EP, which finds the perverted pair looking back at their own history and resurrecting (some might even say regurgitating) a handful of tracks from their earlier years (two from 2013’s Omak K’aah full-length, one from a relatively unknown 2011 split) in gruesome, high-definition audio.

And while these new versions are entirely unrecognisable – the faint after-images of the originals still overlay every grinding, industrialised riff and staccato, synthetic drum pattern like unwanted, and unwelcome, ghosts – much like the artwork which adorns the EP they’ve been twisted and transformed into lurid, nightmarish new forms that are as eye-watering as they are gut-wrenching.

Opener “Gallows Wood”, for example, is both bouncier, groovier, and stranger, than its more militant and machine-like progenitor, but maintains the stunning intensity of the original by employing an even more massive and malevolent array of diesel-fuelled riffs and demon-possessed vocals, while the reworked “Sabbaticus” (whose additional “b” obviously stands for extra “brutality”) ups both the Industrial and Grind levels in a way which reminds me of a more blackened, and British, version of Pig Destroyer.

Landing somewhere between Mayhem and Ministry, Anaal Nathrakh and Aborym, the music (if you can call it that, the jury’s still out) on this EP is clearly designed to provoke a reaction.

And whether that’s love or lust, terror or disgust, I can tell you one thing right now – once you’ve heard it you won’t be able to un-hear it… and chances are you’ll want to hear more.

One Response to “SHORT BUT SWEET: CULT OF LUNA / ECLIPTIC / ZEBADIAH CROWE”