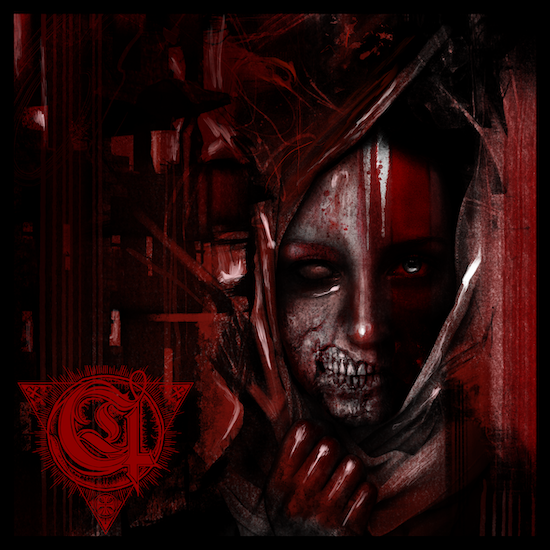 Beginning last fall, the British band This Is Turin have been gradually rolling out the three songs that make up their conceptual EP, T.U.R.I.N., with each song presented through its own video. The trilogy of tracks began with “Misery“, continued with “Absolution“, and concludes today with “Excommunicate” — the song and video that we’re now premiering on the day of the track’s official release.

With each new song the band have explained its meaning. In the case of “Misery” (which featured a guest appearance by CJ McMahon from Thy Art Is Murder), they wrote: “Misery is the point of no return. Misery is the cry for help that goes unheard. Misery is when life has stripped away every part of existence. It is giving up on hope. This is where the prayers go unanswered. Where absolution has failed. This is turning your back on salvation and finding solace in damnation. It is the soundtrack to complete spiritual discontent. Darkness will reign when the light fades.” 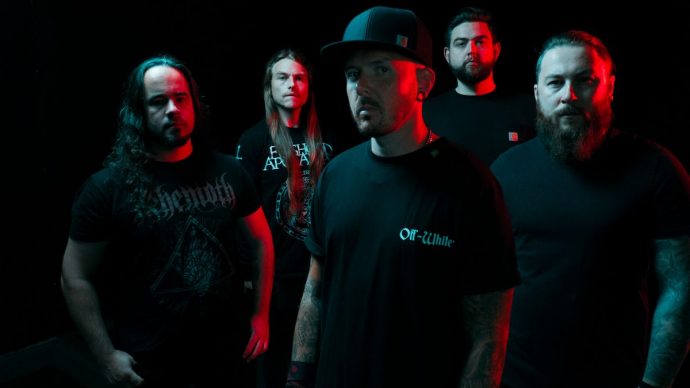 When the band revealed the next track, “Absolution“, they explained: “We march through life hoping for an answer. Looking for an escape and an end to our sins. Absolution is a call for mercy. It is a search for salvation, but not a quest for forgiveness. Absolution is finding redemption through condemnation.”

The music on “Excommunicate” is absolutely decimating — a storm of battering, bullet-spitting drumwork, gut-rumbling bass, a plethora of darting and swirling riffage, and howling vocal fury. The music is slaughtering but brazenly vibrant, with a distinctive melodic and rhythmic pulse in the music that seizes attention, even in the midst of all the punishing explosiveness and head-spinning fretwork. And make no mistake, the song really is war-zone levels of explosive — but it’s laced with scintillating, fleet-fingered fretwork, which reaches a zenith during the gloriously dancing and soaring guitar solo near the song’s end. The finale, by the way, is a discharge of bludgeoning designed to inflict shock and awe, so be prepared!

For more information about This Is Turin and how to obtain the three songs and the EP, visit these locations: