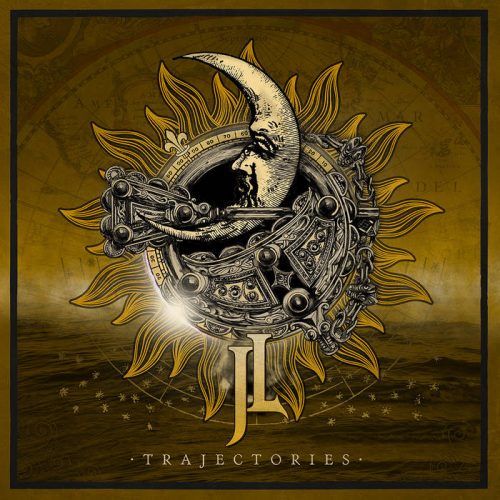 (We present the second installment from an avalanche of four reviews that DGR delivered unto us yesterday, and this one focuses on a solo album by the Swedish musician Jari Lindholm that was released on February 12.)

Early 2021 did not seem like it would be the sort of release slate that would involve covering a few instrumental releases right out of the gate but here we are, inching our way further into February, and as we slowly hack away at our early-year backlogs and anticipate upcoming downpours we find ourselves at the doorstep of musician Jari Lindholm.

You may recall him from projects like Enshine, Exgenesis, and Atoma – which have received a fair bit of coverage here for their gorgeous takes on a melancholically minded doom genre. So while the initial reveal of a seven-song instrumental journey was unexpected, the combination of international musicians coming along for the ride and the fact that, well, we generally enjoyed most of Jari’s work up to this point, made it a little easier to justify the hard swings from albums chock-full of clean singing despite our site title to something that contains absolutely no singing.

Sometimes, I feel like a parent threatening to pull this car over and make you all walk home when we get to do that. 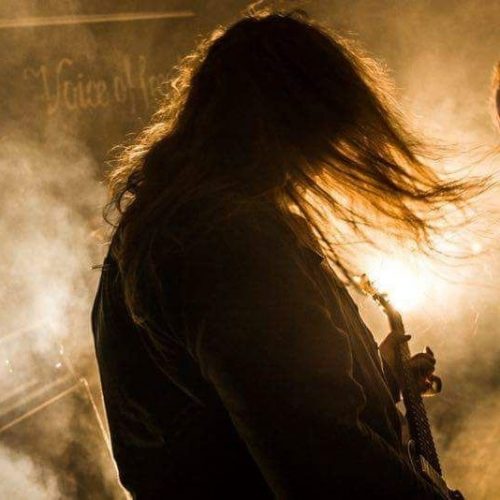 Trajectories is an interesting release in part because one would not have expected an instrumental album as part of the overall Jari Lindholm collection. Its seven songs feel like a musical deep-dive into his overall career – alongside drummer Xinês for much of the album – with some tracks sounding like they could have fallen right in with the Enshine and Exgenesis projects, and a few reaching back even earlier. What is guaranteed is that they’ll be the sort of gorgeous melancholy one might expect from music that often invokes frozen landscapes for its artwork. This translates to plenty of relaxed auditory soundscapes within the icy-doom sphere that these projects have often made their home.

At about thirty-five minutes in total, each of the seven songs is a journey – which lends credence to the album’s Trajectories title. There’s no title song here, just seven trips through slow-moving, desolate terrain – even with light keyboard accompaniment to hammer home these empty musical worlds and without a human voice to accompany it.

“Derelict” starts Trajectories off with a loud entrance. Jari builds himself a wall of guitars within the song and you hear immediate calls to his more recent work within it. Most of the instrumentation is brought to the forefront immediately and stays firmly planted there for much of the near-six minutes that comprises “Derelict”. There’s a sense of immediacy within the song but only in the way that it wants to drag the listener into its world by using a loud entry-point to envelop everything surrounding it. The remainder of the song is built out of layers of different guitar melody, so that the initial foundation is quickly built upon, and by the end you have one gigantic echoing lead guitar sending the song into its follower “The Underpass”.

“The Underpass” should be very welcoming to those who enjoyed Enshine’s more up-tempo take on the slow, cold depression that is a hallmark of the genre. It’s also interesting when listening to “The Underpass” just how close it drifts into and out of the musical world that Katatonia have long called home, occasionally feeling like a long-lost instrumental of theirs.

“Mare Balticum” is where the multi-layered synth joins in on the bombast of Trajectories. If you were hunting for the trademarked instrument of this sound, “Mare Balticum” is where Jari leans into that aspect. It is partially a bridge to the previously released single “July Sundown” and partially a quiet reflection of the three songs before it. “Mare Balticum” is composed mostly of meditative keyboard and quiet drumming provided by Bernardo Yacono, before fully giving way over to the back half of the disc. You could almost treat the song as if it were a passageway in which you gain that extra keyboard layer for the last few songs of Trajectories.

“Disequilibrium” is where things get the most interesting on Trajectories. Jari is joined by musicians Silvério Simioni and Vinas Peixoto for that specific song, and it’s one of the longer pieces on Trajectories. It starts off immensely heavy after a quiet intro and then dooms out as if it had decided its closing moments needed to resemble an Exgenesis song with a fantastic closing solo. “Disequilibrium” turns out to be one of the highlights of Trajectories overall.

Instrumental releases tend to be a pretty niche product. It’s often hard for them to break out from seeming like songs that the band forgot to put a vocalist over. The best do it nearly effortlessly and you could probably make one hell of an argument for extended instrumental segments on longer songs, or there’s just not enough ‘there’ to fully grab someone. Trajectories is more focused than those sorts of releases often are since, as mentioned before, it does feel like Jari is diving deep into his own career up to this point. As a result you wind up with songs that could be equally effective as pleasant background music on a snowy day or just as fun to dissect, like we’ve been doing throughout this review.

Everything except for the drumming and a guest acoustic-guitar spot is handled here by Jari Lindhom, so you can sense how each song on Trajectories can feel like a personal exercise, an expusion of ideas from someone who has steadily grown more prolific throughout the years. While instrumentals can fall into the ‘your mileage may vary’ category, Trajectories will likely hold onto you longer than you’d expect. It’s well worth listening to.