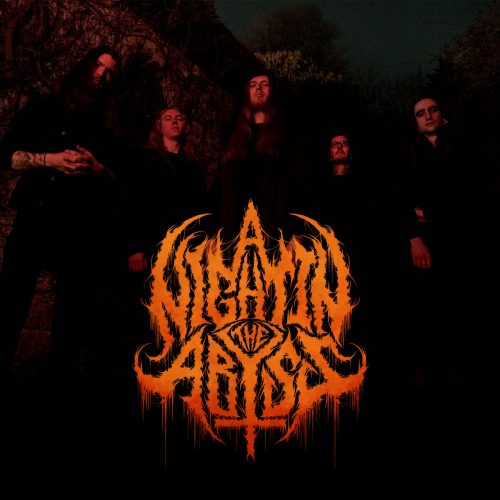 (In this article Andy Synn reviews three recent EPs from bands based in the UK.)

Huh… seems like a while now since I last did one of these “Best of British” columns (I’m not sure exactly how long, I haven’t checked).

And while it’s not like I’ve been neglecting my “local” scene – I heaped praise upon Thundering Hooves right at the start of the year, for example – it’s probably about time to catch up with what’s going on in our ever more divided kingdom. 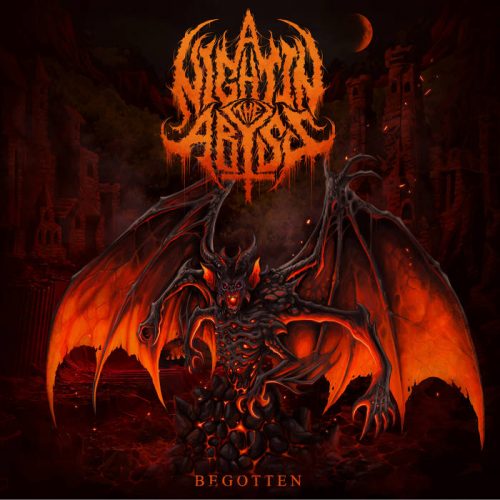 A NIGHT IN THE ABYSS – BEGOTTEN

It’s always a concern when a band goes radio silent – have they fallen out? have they broken up? has something even worse happened? – and since we’ve heard very little from Tech-Deathcore crew A Night in the Abyss since the release of their promising/punishing debut album, Necropolis, back in 2016, well… I was beginning to fear the worst.

But, lo and behold, the band are back with a brand new EP, a reshuffled line-up (now including new members Scott Impey and Joel Rawlins on vocals and piano, respectively), and a much more blackened and theatrical sound.

This latter fact is immediately apparent during opener “One for Sorrow”, where the razor-sharp, rivetingly melodic riffs and shamelessly excessive, Elfman-esque electro-symphonics combine to produce something that sits nicely between latter-day Carnifex and post-Puritania Dimmu Borgir while downplaying many of the more cliched ‘core-isms in favour of a more shamelessly cinematic and/or melodramatic approach.

As you may have gathered, Begotten isn’t a subtle release, but even when it occasionally veers into generic, sub-Bleeding Through territory (such as during the familiar blend of stompy swagger, spiky riffs, stabby synths, and strafing blast-beats which makes up “Son of Self-Affliction”), the band’s commitment to OTT excess while still keeping things relatively slim and fat-free helps them carry the day.

The really good stuff is saved for the end of the EP, however, as “Suspended By A Thread” is Deathcore-Dimmu done right, with a great balance between big, beefy riffs and audacious, pseudo-orchestral embellishments, as well as the occasional splash of sinister, effects-laden spoken-word to add an extra dash of creepy character to the usual array of grunts and groans, shrieks and snarls.

And then there’s the seven-minute title-track, which sees the band really throwing caution to the wind – the “tech” side of things is that little bit flashier, the “blackened” elements that little bit more pronounced, the Death Metal influences more brutal, the symphonics more bombastic — and which suggests that, if A Night In The Abyss really want to stand out from the crowd (and right now, as good as they are, there’s not that much separating them from the many other bands pursuing a very similar path) then they’re going to have to start being bolder, and thinking bigger, and thinking outside of the box a little more!

One thing we all want to see – or, at least, one thing I always want to see – is the bands we listen to improve and evolve with every release, even if only incrementally.

And while Antre’s follow-up to their well-received 2019 debut, Void, may only be an EP, there’s no denying that it represents another step forward for the band… even if it is, at times, still a little unfocussed in its execution.

On the plus side of the equation, the sheer emotion and intensity on display during opener “Through These Dead Eyes” (arguably the best track on the EP) is absolutely second to none. The vocals are as raw, as feral, and as real as they come, while the combined cacophony of the instruments is delivered with a sense of frantic urgency that feels like the entire band are playing just at the edge of their limits (in the best possible way).

Even better, it also conceals a raft of almost proggy – or, at least, unexpectedly nuanced – touches here and there, from its occasional use of subtle, mood-enhancing guitar effects to its fluid transition into an even darker, borderline doomier, approach as it reaches its finale.

Similarly, “Mask of the Saviour” (the EP’s other big highlight, despite a jarring and unnecessary mid-song clean/acoustic section which, thankfully, doesn’t stick around too long) is an electrifying display of mean, blackened menace and primal, almost punky melody, whose first half goes big with its frenetic drums and feverish tremolo melodies, only to then go even bigger with its grimly grandiose second act.

Of course, as I hinted at earlier,  Dark Spectrum isn’t a perfect release, mostly due to what feels like a slight lack of focus at certain points.

“Become the Damned”, for example, has a real Woe meets Necrophobic feel to it at times, but packs so many different riffs and rhythms, ideas and influences, into just under six-and-a-half minutes, that not enough of them are allowed to breathe and develop properly.

Similarly, closer “Cursed Existence” is a fine song, for the most part, but one which perhaps doesn’t quite reach its full potential, especially during its more atmospheric mid-section, where it feels like the band end up treading water a little too long rather than letting things move on and develop to their full conclusion.

Still, there’s not a single bad track here and, as messy as it can be at times, this EP still has a certain something to it which suggests that Antre may yet find themselves on the path towards greatness, as long as they’re able to decide and clarify who they want to be along the way. 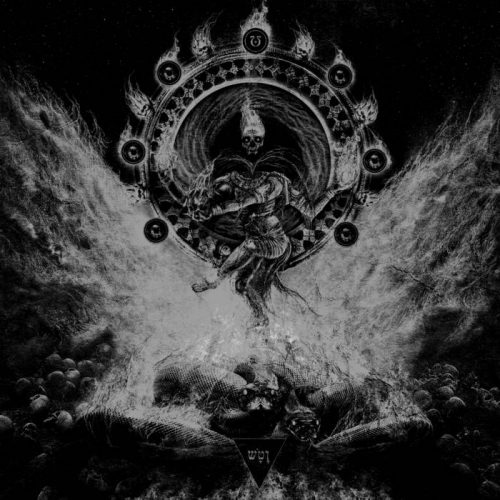 TRIVAX – INTO THE VOID

As fun as it is to watch bands grow and evolve, it’s even more fun when they thoroughly surpass all your expectations, as Trivax have done here with their “comeback” EP, Into the Void.

Darker, rawer, smarter, and hungrier than their previous release (2016’s SIN) the two tracks which make up this EP showcase a more aggressive, more ambitious, and more esoteric version of the band than we’ve ever seen before, one which isn’t afraid to let things sit and simmer, or blossom into a dreamlike aurora of mood and melody (as they do half-way through the opening title-track) without ever losing that sense that things could, at any moment, erupt into an absolute firestorm of blazing fretwork and brimstone fury (which pretty accurately describes the rest of the track too).

Just as interesting – or perhaps even more so – is the B-side/second track which makes up the rest of this EP, the nine-minute instrumental soundscape entitled “Black Nirvana”, which showcases a whole new side to the band’s creative and artistic vision, eschewing the more metallic bite of its companion piece in favour of a more abstract arrangement of hypnotic distortion and narcotic melodies which, despite its unorthodox structure (or lack thereof) remains utterly engrossing throughout.

As an indicator of just how much this band have grown, as artists and as songwriters, Into the Void really does suggest that the best is yet to come from Trivax. But, beyond that, it is simply a spellbinding, almost spiritual, experience in and of itself, and one which I highly recommend to anyone interested in the more unorthodox and otherworldly side of Black Metal.

3 Responses to “BEST OF BRITISH: A NIGHT IN THE ABYSS / ANTRE / TRIVAX”