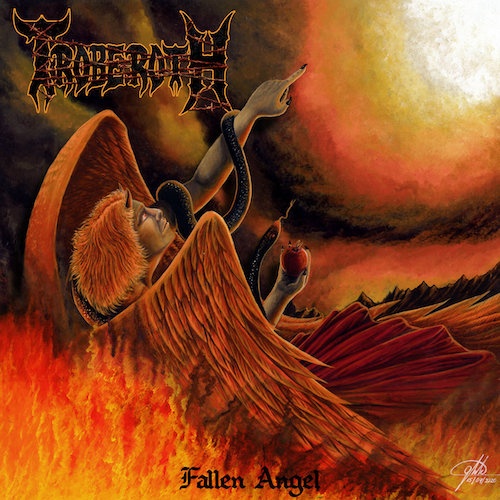 Today we have a rare Sunday premiere for you, a lyric video for a song named “My Will Is Gone” off the second album from the Costa Rican death/thrashing marauders in Troberoth. That album, Fallen Angel, will be co-released on April 2nd by GrimmDistribution (Ukraine) and Sanatorio Records (Costa Rica).

The song is a hell-raising thrash attack, but it quickly becomes apparent that Troberoth‘s song-writing approach is more varied than usual for this genre, and that their dynamic and multi-faceted song-writing is made possible by the impressive instrumental skill that every band member brings to the table. 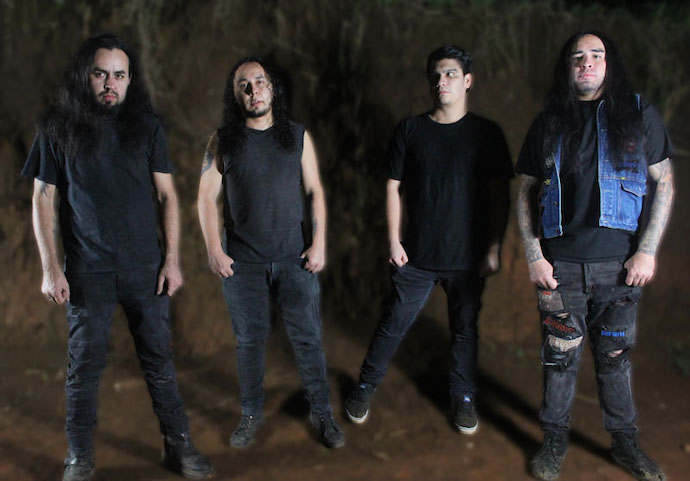 Three brothers formed Troberoth in around 2009 — Edgar on vocals and guitar, Jeff on drums, and Chris on lead guitar — and they were later joined by bassist Victor Gonzalez. They took advantage of the quarantine to make this album, drawing inspiration from the world’s miseries and directing critiques against injustice, violence, war, and the oppressiveness of religious institutions.

In the song we’re bringing you today, the lyrics express combined feelings of fear, disgust, anger, and despair provoked by life in a hollowed-out, soulless world consumed by hatred. And this constantly changing song captures those same sensations in sound.

Through feverishly flickering fretwork, vibrantly versatile bass lines, a gun-shot snare attack, rapidly tumbling percussive progressions, and furious roaring and screaming in the vocal department, the music channels incendiary chaos. The pulsating vibrancy of the music, coupled with head-smashing grooves, gets the adrenaline flowing fast and strong, while the start-stop battering that occurs in the chorus inflicts cranial trauma. But the music also writhes in dismal torment and blares in ominous splendor. The crescendo near the end, which features a maniacal (and electrifying) guitar solo, is spectacular, and the bereft boiling guitar madness which follows that sounds like abandonment and anguish.

There’s a lot to be gained by paying attention to what all the band members are doing in the song, which is made possible by the evenness of the production. And it turns out to be as addictive as it is thrilling to hear.

GrimmDistribution and Sanatorio Records will release Fallen Angel in jewel-case CD and digital formats, which are available for pre-order now. After the following links, you can also check out a stream of the previously released song “End of Reality”, which is a free download at Bandcamp.