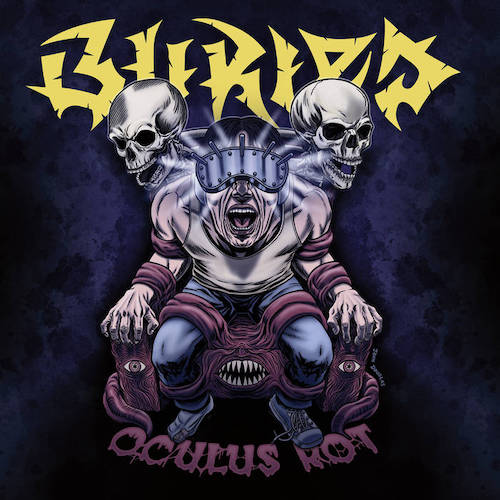 (The subject of this latest recommendation and review by Vonlughlio is the new album by the Dutch band Buried, which was released on February 14th by Brutal Mind.)

Today I have the opportunity to write about a project from the Netherlands named Buried who have been around since 2013 and just released their debut album Oculus Rot via Brutal Mind. Before this release they had a 2013 EP Tenebrous that I have not had the chance to listen to. Therefore, coming into this new album I had no conception of what they would sound like.

However, I did know that three of their members were part of the legendary band Pyaemia, who are held in the BDM community as a classic band due to their 1998 EP Cranial Blowout and their 2001 album Cerebral Cereal. That material is highly regarded as a pure representation of what BDM was at the time of its release. To this day the material is loved and considered as among the great releases of all time in the genre. 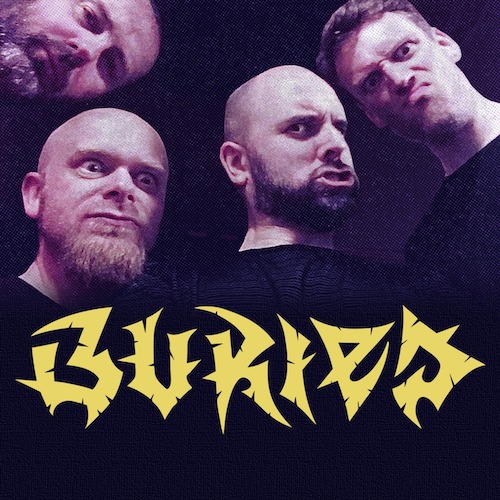 Pyaemia split up in 2005 (I believe) and its members continued creating music with their other projects.  So when Brutal Mind announced the release of Buried’s debut album, and knowing who was involved, yours truly was excited. Now, I also have to say I was somewhat hesitant because I did not know what to expect, but did not want to expect Pyaemia 2.0 and then become disappointed.

When the label released the new album’s first single I enjoyed it, and it increased anticipation for the full album.  The release date came upon us, and since then it has been in my playlist. The album has BDM aspects here and there, along with other influences that are more OSDM and some odd time signatures.  In other words, do not expect a continuation of Pyaemia — this is a new entity with a different approach and it’s an approach that works quite well.

For 33 minutes this release keeps one engaged at a fast pace but with lots of wonderful changes in each of the nine songs. Featuring a natural production that allows each instrument to shine in the delivery, Oculus Rot is a great debut full-length. The guitar and bass performances stand out for their precision and diversity, while the powerful drumming is also a delight. The vocals are just insane, creating patterns that go hand in hand with the music.

This is an excellent debut that should be heard widely, and I’m now looking forward to seeing what Buried do next. Listen below and please support the label and the band if you enjoy what you hear.