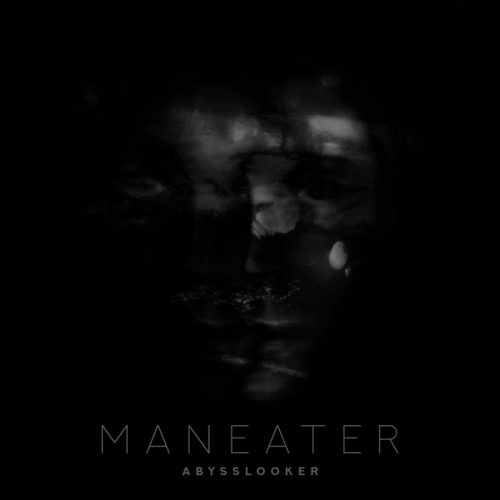 This past week we had fewer posts per day than usual, and it saddens me to say this will continue for the next two weeks. The reason is that I’m in the midst of a project for my fucking day job that’s crushing my NCS time. I mean, you can’t build an electrodynamic particle accelerator without some concentrated effort.

I’ve still made commitments to host song and album premieres on many days between now and the end of this project on the Ideas of March, but even that’s going to stop during the final days of the effort. Apart from writing the premieres and passing my hand over what other people write before posting their stuff, I’m really not going to have time for anything else. This weekend is therefore kind of a last hurrah for round-ups for a while.

For this collection I’ve ignored bigger names and stayed pretty deep underground, and you’ll see that the music connects with my current dark moods. I’ve deferred the black metal until tomorrow’s column.

I decided to begin with the most recent of the discoveries I’ve collected here, a single released just yesterday that was brought to my attention overnight by Rennie (starkweather).

“Maneater” combines ingredients of sludge and post-metal, but with some other interesting accents in the mix. It’s so heavy and hammering that you could use it to smash mountains into rubble. That titanic pounding is combined with riffing that relentlessly builds feelings of tension and misery, plus an amalgam of spine-tingling vocals, which range from scraped-raw screams to ghostly crooning, abyssal growls, and maniacal laughter. Unexpectedly, the song includes an interlude of dancing acoustic guitar, mammoth bass grumbling, and gothic singing. The transition from there back into punishing heaviness is led by a gripping guitar solo, and the radioactive leads from that point on are also riveting. 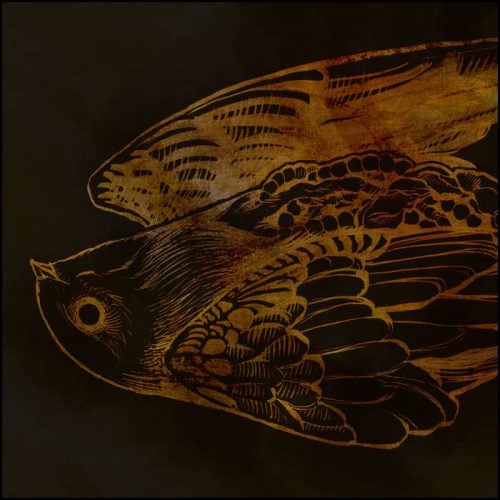 This next song, “Lie“, is more jolting and also more hallucinatory than the preceding song in this collection, but the riffing also creates a sense of tension and borderline-madness before the music segues into something both trippy and traumatic (but also strangely hypnotic). The vocals here are also very intense and very good, ranging from tormented, gritty howls to wailing near-singing. The music repeatedly torques the tension to the breaking point, creating crescendos of calamity, but includes another digression that proves to be beautifully cosmic, dreamlike, and mesmerizing.

Released as a single, “Lie” is from a forthcoming EP named Embers. 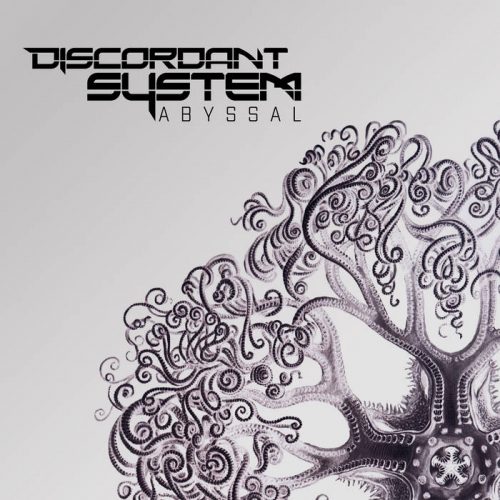 Jackhammering and syncopated rhythms are at the core of “Abyssal“, joined by bursts of eerie, blaring melody and truly vicious growls. But the song also surprisingly segues into fluid keyboard arpeggios over a compulsive rhythmic pulse, followed by a dose of soaring, wailing melody over renewed bass-and-drum extravagance. The combination of bone-smashing, sinew-triggering rhythms and freakish, alien melodies makes this a fascinating track. Loneravn Records, who released this single, calls it “progressive post doom”. 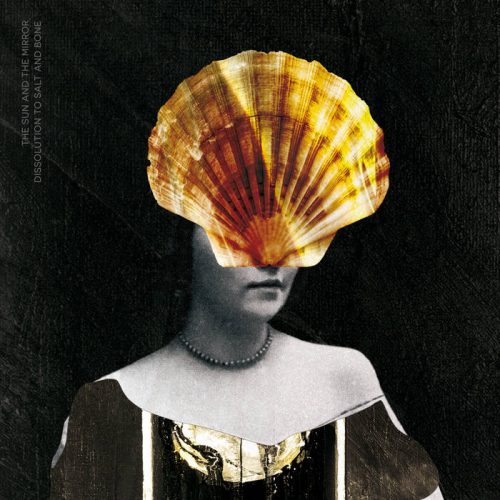 The next track is a seven-minute excerpt from a 17-minute song by this Seattle-area duo (Sarah Townley and Reggie Townley). From what you can hear in this excerpt, “Katherinella Angustri” melds haunting symphonic sensations with clawing abrasion and sensations of strange, glimmering brightness (there’s a cello in the mix). Underneath it is a booming low-end pulse, like a whale’s heart, and above it are vocals that sound like the wretched wails of wraiths. The combined effect creates a frightening shamanic spell, which becomes more intense and disturbing as the ritualistic drumming becomes more animated and the collage of unearthly sounds that swirl around them grow more feverish.

I haven’t yet found where else this song goes over the balance of its significant length, but I intend to. It comes from an album named Dissolution to Salt and Bone, which will be released by Brucia Records on April 2nd. We’re told that it was written and composed using the onboard generator of an RV during a road trip to the Oregon Coast and through Ironside Mountain, while the band was on their way to scatter a family member’s ashes. 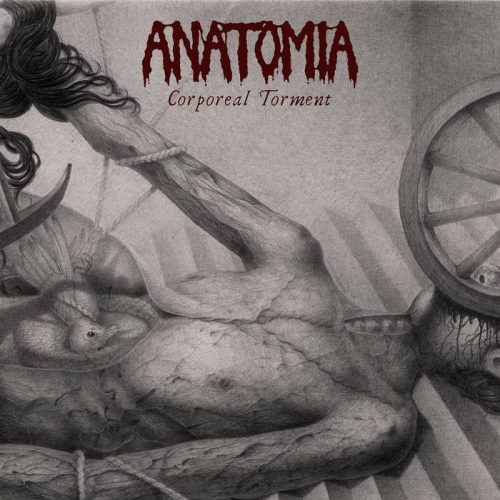 The simple, subdued bass movements at the opening of “Slime of Putrescence” quickly and effectively create a feeling of creeping dread, and when the rest of the band come in, the feeling of ghastly horror rises like a looming monolith. The crackling guttural excretions and gruesome dragging chords lead the proverbial crawl through spilled viscera into an abyss. When the pace accelerates, the riffing jitters like death spasms and the vocals become even more foul and unhinged. Eventually, the music dismally moans in misery and seems to toll like the funeral bells in a time of plague.

The song comes from Corporeal Torment, the latest album by these Japanese doom/death titans. It will be released by Me Saco un Ojo and Dark Descent on May 20. 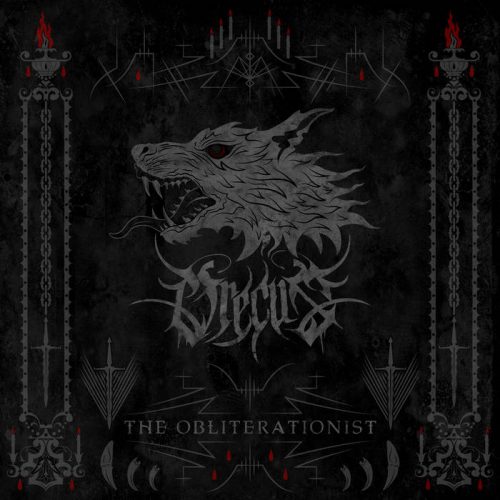 To pick up the energy level after that ghastly last track, I’m turning to a jackhammering, spine-shaking song from Orecus, albeit one that’s bleak in its mood — and in its words, which are expelled in deep enraged growls and blistering screams. The piston-driven bludgeoning is merciless but also well-calculated to get your head moving… and eventually, when the pounding slows, darting and rippling arpeggios emerge, lending an air of mysterious brightness to the punishment.

This song, “Unborn, Reborn“, will appear on The Obliterationist, the debut album of this Swedish death metal band band, which is set for release on March 12th via Violent Groove. Two of the album’s 10 tracks include guest vocal appearances by Chad Kapper (Frontierer) and Fredrik Söderberg (Soreption) — and I’m including streams of those as well as this new one. 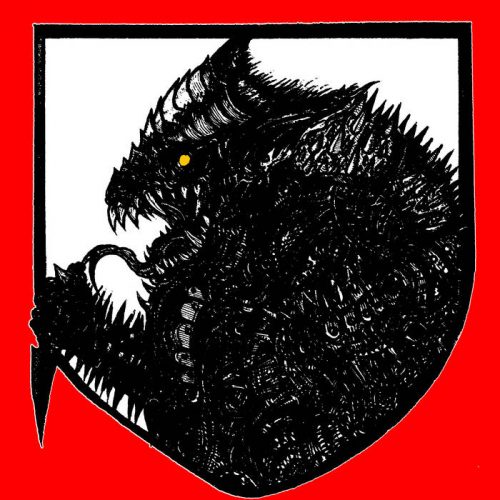 I’m making myself stop so I can go put my nose to the grindstone again, and perhaps because the thought of doing that puts me in such a foul mood, I’m concluding with a nasty piece of work by Intolerant.

Accompanied by a new video that matches the insanity of the song, “Attack!” relentlessy pounds and emits miasma-like swathes of poisonous, distorted riffing that flare in episodes of ravishing derangement. The vocals are grotesque, and well-suited to the primitive, roiling assaults of the song — but, perhaps unexpectedly, the guitarist ejects a pair of gripping, flame-throwing solos (the second one is particularly spectacular).

“Attack!” is off this band’s debut album Primal Future, now available via Time To Kill Records. I’ll throw in a full album stream beneath the video.

4 Responses to “SEEN AND HEARD ON A SATURDAY: ABYSSLOOKER, MOANAA, DISCORDANT SYSTEM, THE SUN AND THE MIRROR, ANATOMIA, ORECUS, INTOLERANT”