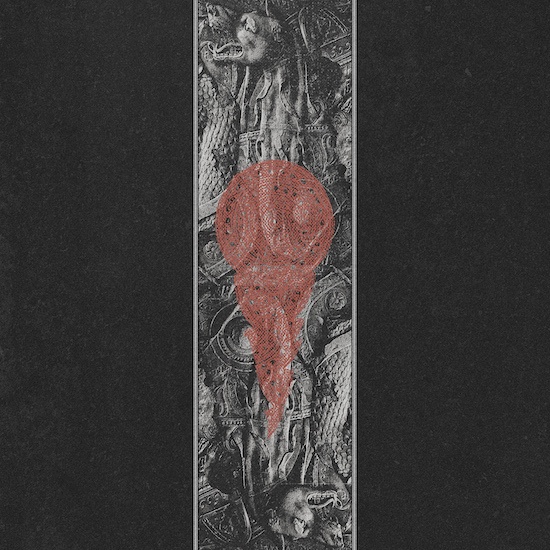 My oh my, how my eyes brightened last week when I saw that Monte Penumbra had returned. I confess I had forgotten to check for news about this project with the passage of time. After all, it has been roughly five years since their last release, a 2016 EP named The Black Realm Vigil, and even longer since their first album, Heirloom of Sullen Fall (2013). But the music isn’t easily forgotten, hence the gleam of brightness in my puffy bloodshot eyes. 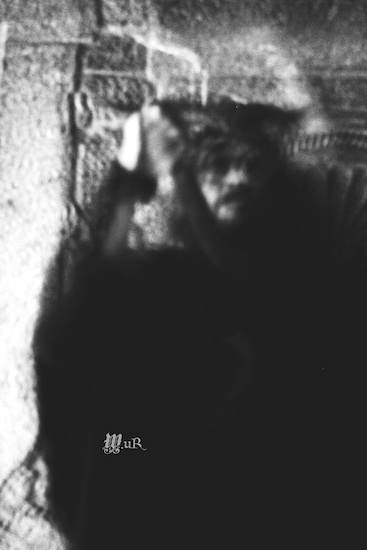 Monte Penumbra‘s return takes the form of a new album entitled As Blades in the Firmament. From what I’ve read, this is still the endeavor of W.uR (also a member of Ab Imo Pectore and Israthoum last time I knew). In the past, he was joined by drummer Mons Vcnt, but for this new album the drumming was performed by none other than Bjarni Einarsson of Icelandic Sinmara and Rebirth of Nefast – though Mons Vcnt remains engaged through creation of the album’s visuals.

The first-revealed of the new songs is “To Anoint the Dead“. Over thundering drums, the riffing generates a dense miasma of dissonant and disturbing sound, as accompaniment to the howls of a mad mystic. The music is queasy and dismal, but also surges in fiery frenzies of derangement, wails in quivering spectacles of desolation, and drifts away into an unsettling hallucination at the end. While all these changes occur, Einarsson’s drumming also changes constantly — booming and tumbling, blasting and marauding, until it falls silent in that final passage into a frightening void where the dead have gone. 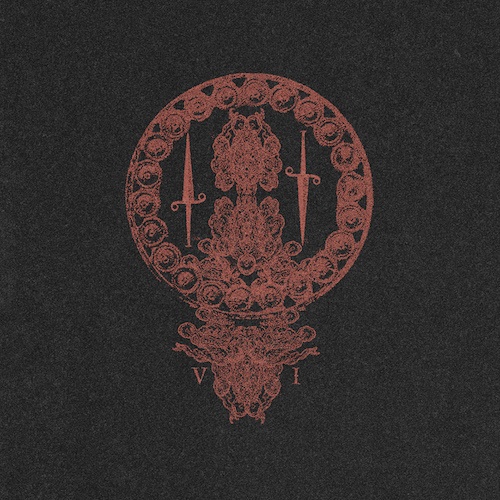 I’ll share a few more details about the making of the album as a whole, since I haven’t yet had time to listen carefully to all of it: Bjarni Einarsson’s drums were recorded at Studio Emissary in Iceland and the rest of the elements were captured during various sessions in Portugal. All the tracks were mixed and mastered at Studio Emissary by Stephen Lockhart, beloved by many of us for so many things, including his ongoing selfless work (with Edda) on Ascension Festival and for his own music in addition to Studio Emissary.

As Blades in the Firmament is set for release on March 26th by End All Life Prod. and Oration Records. I think pre-order info may eventually appear here: 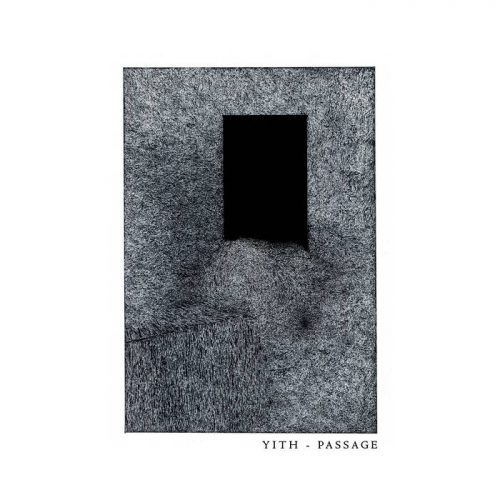 Yith returned with a third full-length named Passage on February 26th. Featuring six tracks and nearly 40 minutes of combined music, it warrants a more considered opinion than I’m able to give it under my current oppressive time constraints. It also warrants full immersion and then re-investigation for anyone who listens to it, because there are such depths to be explored.

The emotional power of the melodic riffing is the heart of the album, which will come as no surprise to those of you who’ve heard the two previous full-lengths, but the emotions evoked by the music are again unmistakably dark — ranging from frenzied torment to utter despair and inconsolable surrender to the torments of life. The music intertwines the crushing wretchedness and heartbreak of doom, which come to the fore in the songs’ more stately and sodden passages, with the harsh, roiling turbulence of black metal and feverish tremolo’d chords that radiate madness and terrible misery.

Within the album (particularly in the opening and closing tracks) are also mystical, glimmering instrumental passages that are themselves melancholy and haunting, but also entrancing. That closing track, “Gate”, is positively celestial in its sound, like floating on a soft astral sea, and perhaps the only place on the album where there’s a feeling of hope and warmth — indeed like a gate has been opened into something better — though the emergence of menacing low-frequency tones suggests that all may still not be well. 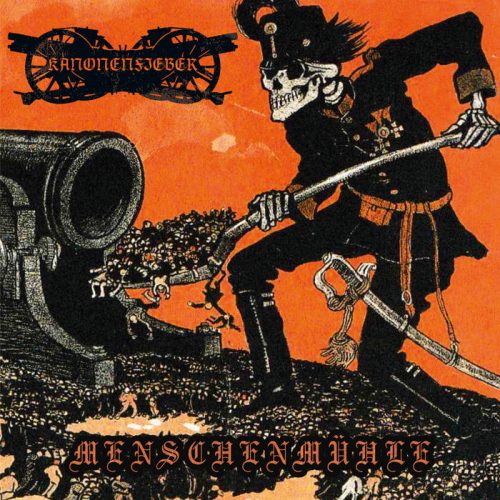 I’m always drawn to black metal bands who take historical subjects as their themes rather than the more usual blasphemies and anti-human, anti-cosmic hatefulness, not because I mind the latter but because there’s a surfeit of it. It’s a bonus when you can learn something new. And in the case of historical subjects, I’m perhaps especially drawn to bands who delve into the events of World War I, probably because there was a time in the distant past when I did a lot of reading on the subject.

Kanonenfieber is the newest discovery in this category, though I hasten to add that there’s as much death and doom metal in the music as melodic black metal. I thought their name might mean “cannon fodder”, a term routinely applied to the hopeless combatants who were relentlessly fed into the death machine of that war. But instead it seems to mean “cannon fever”, which also fits the subject matter. Their debut album (recently released by Noisebringer Records) is named Menschenmühle, and Google Translate tells me that the word means “human mill”, which is also fitting. I want to quote from the Bandcamp page for the album:

“This album is intended to commemorate the countless victims of the First World War.

“Men were thrown into a different reality where only survival counted. Death, fear and hunger as a constant companion in the waist-deep trenches filled with mud. An order turned people into cannon fodder in the human mill – World War I.

“The lyrical background of “Menschenmühle” is based on factual reports, letters and other documents from the surviving and deceased soldiers.”

Like Yith’s new album above, this is one I’ve only passed through once, and it’s one I can’t do justice to in the brief amount of time I have. It draws together a range of elements, including soft and sorrowful ringing melodies, samples of recordings from the era, and of course grim, ravaging metal assaults which themselves incorporate dark and desolate melodies as well as blistering drums, scathing riffs, and scorching vocal intensity.

The music is relentlessly dynamic and dramatic, with an immense sound and a “widescreen” sense of scale in its portrayals of violence and tragedy that suits the vastness of the war’s slaughter. It’s riddled with sensations of militaristic vehemence, frenzy, pain, hopelessness, and grief. It will routinely hammer your head to a pulp or slowly drag it into blood-soaked, corpse-packed pits, and just as often alter your moods through the piercing grip of its melodies.

On a first pass, “Grabenlieder” hit me particularly hard, so if you want to just check out one track as a test you might try that one (though you really won’t go wrong with any of them). I also want to draw special attention to the final track, “Verscharrt und Ungerühmt”, which is like none of the others. A strummed acoustic folk song with somber vocal harmonies, it’s a lament that gets quickly stuck in the head, and is even more haunting when you understand the German words. And so I’ll quote the Google translation of the lyrics, while noting (based on my own research) that the word “ungerühmt” might be better rendered to my English-speaking ears as “unhonored” rather than the less familiar “unflattered”.

(Huge thanks to Miloš for pointing me to this album.)