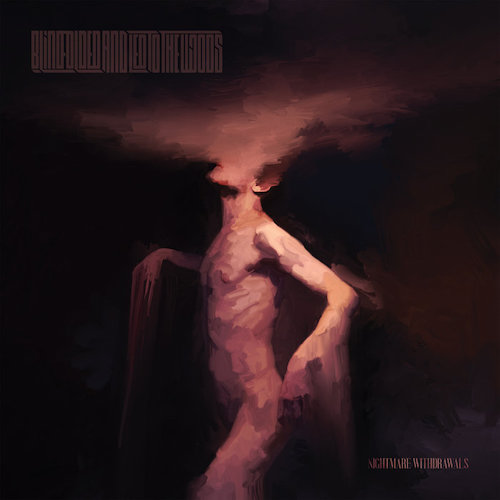 (We present Todd Manning‘s review of the new third album by the New Zealand band Blindfolded and Led to the Woods, which is set for release on March 26th.)

At first glance, one might mistake a band named Blindfolded and Led to the Woods for a brutal, slam-inspired Death Metal group, but while this New Zealand-based quintet is certainly Death Metal, their take on the genre is much more nuanced and complex than their aforementioned brethren.

Blindfolded and Led to the Woods construct a sound based on the dissonance of Gorguts combined with the technical Death-Grind assault of Cephalic Carnage. While they may not be alone in drawing on such influences, what truly sets them apart is their focus on the details of their sound. 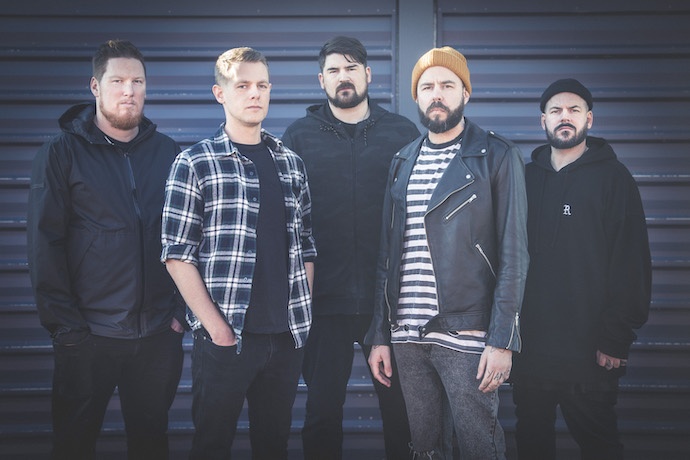 Opener “The Inevitable End of the Universe” certainly is a more than capable illustration of their vicious approach, but it is the second track that reveals their full powers. “Black Air” brutalizes the listener with a dizzying riff attack, but also creates a more memorable sound through the use of dynamics and space. After a bit of Deathspell Omega-styled madness in the intro, the vocals come in over a riff that alternates between groove and blast feels, an attack which mixes in a quick gasp of air every couple of measures. Soon, they pause for the briefest of moments, and kick back in with a synth-washed guitar chord. These moments break up the technical ferocity just enough to give depth to the proceedings. By the end, they’ve settled into a headbanging groove, but one that still benefits from guitar arpeggios which add extra color.

Other moments of dynamic subtlety are peppered throughout the album. “Atop the Wings of a Magpie”, which includes a guest vocal by Nile’s Karl Sanders, sometimes slows to a halt before reharnessing the tune’s explosive energy. It also has an almost Post-Rock break, as do other tunes such as “…And You Will Try to Speak” and the title track. These brief respites of restraint possess a cinematic quality and give the music an expanded depth and breadth.

Other sonic details emerge throughout the album which further engage the listener. They experiment with different guitar tones, often utilizing different sounds in the space of a single tune. The aforementioned “Black Air” contains several breaks with oddly effected guitar sounds leaping out of the grinding quagmire. The vocals too are varied, switching between guttural growls and more mid-range barking and even engaging in Black Metal shrieks at times. In addition to the guest appearance by Karl Sanders, “Lucid Visitations” features guest Callum Gay of Spook the Horses, whose reverb-drenched vocals sound like a desperate cry emerging from some deep cavern.

As technically astounding as many bands of this genre are, they often fail to produce memorable material. This isn’t the case with Blindfolded and Led to the Woods and Nightmare Withdrawals. Despite the intense bludgeoning they deal out, they also create an atmospheric and a very engaging experience, conveying a plethora of dark emotions and moods. Three albums into their career and these guys seemed poised to boost themselves into the upper echelons of technical Death Metal with this release. It’s time they receive their due.