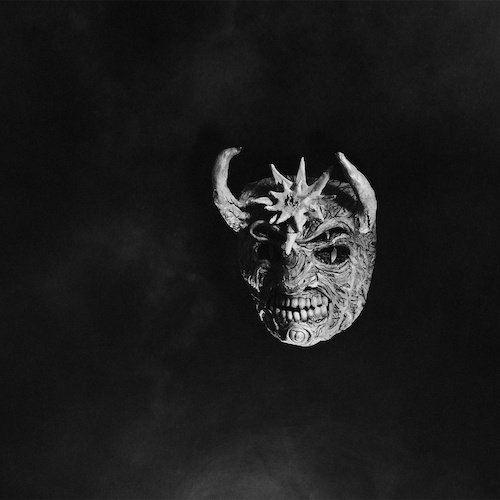 Gourmets of death metal who prefer to consume their musical flesh only after it has become rotten and infested with maggots will smack their lips and drool over the Ischemic song we’re premiering today. And for those who prefer to dine while surrounded by preternatural terrors, the experience will be even more galvanizing.

The song in question is “Scabs“, which suits these unhealed and unhealthy sounds, particularly because you’ll want to go back and continuing picking at them repeatedly. And the odds are that after you’ve heard it you’ll want to further investigate Ischemic’s self-titled new album from which this is the first advance track, which is set for release on April 2nd. 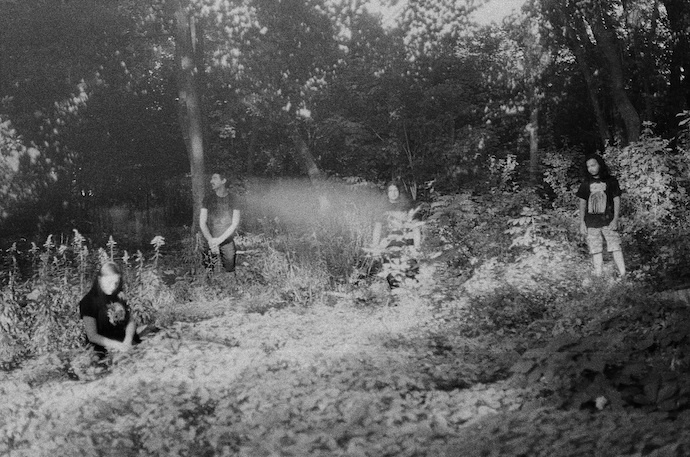 Although the new record is Ischemic’s second full-length, this Toronto band have been around almost 10 years (originally formed in 2012 by Isabelle Tazbir (vocals/lyrics) and Adam Korchok (guitar)), and have left behind them a catalogue of death/doom horrors, as well as an experimental foray into melodic black metal on 2018’s Stagnation & Woe. The new album, crafted during lockdown, was a DIY effort, with all production, engineering, and artwork handled by the band and close friends.

To return to today’s track premiere, “Scabs” is a gear-shifting, mutating monster of a song whose shape-shifting will keep listeners on the edge of their seats in a cold sweat. It’s packed with gruesomely distorted riffs, paranormal guitar leads, horrifically vicious vocals, and gut-punishing drum- and bass-work which together create a panoply of morphing apparitions that are both chilling and exhilarating.

A massive, shaggy, rotting beast stalks the soundscape at first, given form through lurching and moaning chords that radiate misery and decay. As the momentum gradually increases, a freakish and frightening lead begins to wail, and then with a wild scream and a brief pause the beast begins to charge. The drums hammer, the bass pulsates, and the riffing turns into a grisly, ravenous, slavering sensation, boiling with deranged violence.

The song also stomps, chugs, and staggers, while a supernatural solo generates feelings of queasiness and lunacy as it squirms and catches fire. Throughout these changes (and further fevers, paroxysms, and jackhammer punishments to come), the vocals veer from gargantuan growls to horrid howls, noxious gagging, and berserker screams, all the better to underscore what a fearsome and frightening piece of work this is.

“We expect the album to be a fan favourite. The production is the perfect balance of polish and rawness and seems like the best representation of our live sound so far. These songs developed as a response to the more complex and melodic black metal sound on Stagnation & Woe. The tracks call back to the earliest days of the band, but with a decade of songwriting & touring experience under our belts.”