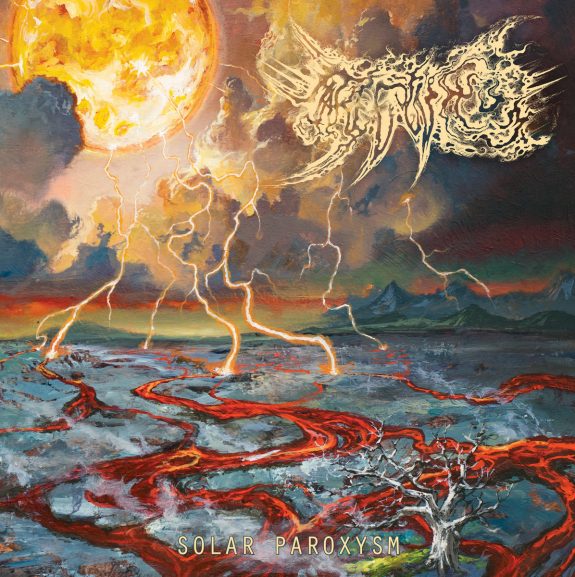 (We present Nathan Ferreira‘s review of the new album by Mare Cognitum from Portland, Oregon. The album wll be released on March 19th by I, Voidhanger Records and Extraconscious Records.)

Honestly, I questioned even writing this review because one thing I prefer to do when I can is to give extra attention and appreciation to bands that go under the radar. But Mare Cognitum needs no introduction to most – they’re one of the defining modern black metal bands of the 2010s, to the point where I now see them mentioned as an influence in the promo blurbs of up-and-coming artists.

Jacob Buczarski, the project’s sole mastermind, runs his own label wherein he curates bands of a similar style and ethos, which itself includes scores of mind-bending music. The guy’s a damn black metal institution at this point, and the album I’m about to review is already sold out on Bandcamp (not on I, Voidhanger’s page, fortunately) weeks before it comes out on March 19th. Do I really need to hype this up any more?

Yes. Yes is the answer to that question. Solar Paroxysm is amazing, even with the high expectations that the previous albums set for it. 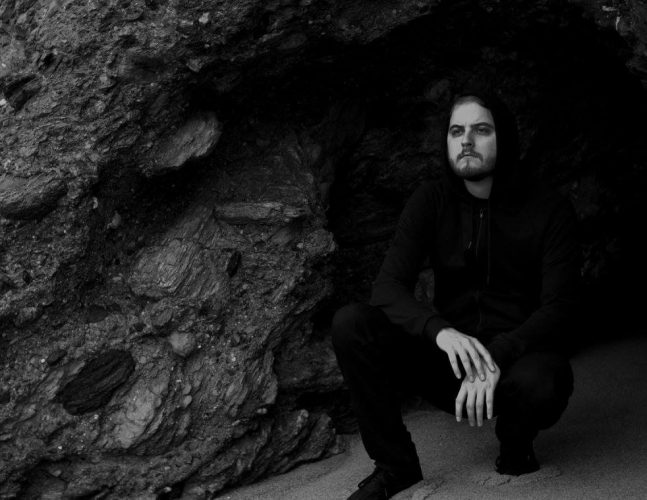 The fiery Adam Burke piece that graces the album’s cover gives a good sense of what makes this full-length different from other releases in Mare Cognitum’s back catalog: this has a warm, uplifting feel to it. It’s not as though that was absent from previous releases, but even the brightest moments of Luminiferous Aether still retained that chill that tends to permeate black metal in general. Solar Paroxysm indulges in the more vibrant aspects of Buczarski’s playing style: the flashy solos that cascade upwards into the light, the elongated crescendos, even the long storms of tremolo and blastbeats bring an almost comfortable resolution with them, and that wasn’t there as much before. The lyrics take less of a spiritual and more of a humanistic, political feel, and with it comes changes in the forces that guide and shape the mystical, ethereal core of the project.

What it sounds like, to me, is Buczarski shaking off a few more of the shackles of typical atmospheric black metal and leaning into what makes his sound unique and special, without in any way compromising what fans are gearing up to buy the album for.

The past couple of albums all began with a massive buildup into a huge monster of a fast, riffy song, but “Antaresian” starts off relatively unceremoniously into a mid-paced riff that’s already fully developed, and saves the big bursts of energy for later in the album. Because Solar Paroxysm paces itself a little bit more and doesn’t need to pull out all the stops and show you everything it can be in the first 15 minutes, it has an energy that grows on you instead.

For this reason, the first time I heard Solar Paroxysm, I actually found it a tad underwhelming, but I knew better than to write off a Mare Cognitum album after one spin. Now that it’s had a few weeks to marinate, I can conclude it’s as good as anything else Buczarski has put out, and his most consistent work to date. This feels less like a collection of songs than any previous Mare Cognitum release has – “Terra Requiem” being the connecting bridge between the two bigger movements of the first two and last two tracks. Flurries of bright riffing with a hint of cosmic wandering shift more subtly and verses are sustained for a bit longer as well. It doesn’t overwhelm you immediately, but it’s a more rewarding listen long-term.

It’s the type of album that typically wouldn’t work at all in a one-man band, as a lot of these faster sections would be near-impossible to pull off even for a drummer with a ton of stamina. Normally when programmed drums are attempted in such fashions it’s the main turnoff for me, as they feel unrealistic and ruin some of that organic, otherworldly feel I look for in my cosmic black metal. Buczarski has transcended that issue with an insane attention to detail in his drum programming, mixing and mastering to the point where it feels like every individual hit is quantized to be slightly different. I find myself air drumming constantly, which is never something I would normally do to programmed beats. This man is not just a master composer, he’s equally as brilliant behind the mixing board as well, a side of making music that solo artists typically gloss over.

It’s that level of intricacy and perfectionism that has always set Mare Cognitum well above any of its peers, and yet again he’s found a way to change up the angle of attack and add a new theme to his now-patented formula. There’s no other way I can say it, if you listen to black metal and you’re not already familiar with this project, you are seriously missing out.

Solar Paroxysm comes out everywhere March 19th on I, Voidhanger Records. The album features album art from the vaunted Adam Burke who has also done artwork for Artificial Brain, Coexistence and Spirit Adrift, among many others. Buczarksi has once again teamed up with Francesco Gemelli for the album layout and design. Musically, Mare Cognitum will heavily appeal to fans of Darkspace, Paysage D’Hiver, Midnight Odyssey, and Aureole.